Could Scottish Independence Now Be Derailed by the Man who Championed the Movement?

Over the past few months, with polls showing consistent support for Scottish independence, the feeling has grown that Scotland leaving the United Kingdom is less a matter of if than when.

Much of the political discussion has been about what will happen after an expected Scottish National Party (SNP) landslide in elections to the devolved Scottish Parliament to be held on 6 May. Would the UK Government in Westminster allow another independence referendum to be held when Boris Johnson has refused this option thus far? Will the Scottish Government call its own plebiscite and dare the UK Government to block it?

With Scotland’s First Minister Nicola Sturgeon enjoying record approval ratings, as a consequence of her perceived good handling of the Coronavirus crisis, and other parties floundering, no other outcome has seemed possible.

However, there has always been a shadow hanging over this scenario: the ongoing inquiry into the botched Scottish Government investigation into sexual misconduct allegations against Sturgeon’s predecessor, and former friend and mentor, Alex Salmond. It is an inquiry that creates the very real possibility that Sturgeon could be forced to resign as the Scottish First Minister for lying to the Scottish Parliament.

This bitter, and increasingly personal dispute, will reach a crescendo in the next two weeks as both Salmond and Sturgeon give public evidence under oath to the investigating committee.

The issue goes back to 2017 when the Scottish Government, in the aftermath of the #MeToo movement introduced a new process for dealing with allegations of sexual misconduct.

In January 2018, two female staff members used this process to make formal complaints against Salmond over his alleged conduct when he was leading the Scottish Government.

The former First Minister then took the Scottish Government to court, claiming that he had been treated unjustly – a case he won after the Government conceded that the appointed investigating officer into the allegations had previous contact with the women who had made the complaints. Salmond was awarded more than £500,000 in legal costs.

In early 2020, Salmond went on trial at Edinburgh High Court facing criminal charges of sexual assault and attempted rape. He was acquitted.

Sources close to him claim that his evidence to the current inquiry will be “explosive”, arguing that Sturgeon misled the Scottish Parliament over when she found out about the allegations, and that his criminal prosecution was the result of a conspiracy led by his political opponents in the SNP – including Sturgeon and her husband.

Sturgeon herself has said that she is “relishing” the prospect of giving evidence to “dispel the conspiracy theories”. Yet, the great unknown is how the sight of the two best-known champions of Scottish independence tearing each other apart in public will be seen by voters and how this might influence the election result on 6 May.

All sides in Scottish politics know that this is a pivotal moment. The resignation of Nicola Sturgeon, by far the most popular proponent of an Independent Scotland, would undoubtedly be a setback for the cause of independence, perhaps a fatal one.

The irony is that it could come at the hands of the man who led the movement for so many years.

Alex Salmond is due to give evidence to inquiry on Wednesday 24 February.

Mike Buckley, 30 April 2021
Mike Buckley assesses what impact the resignation of Arlene Foster as Northern Ireland’s First Minister will have on its relationship with the rest of the UK 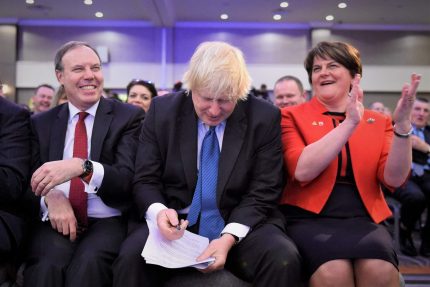 Northern Ireland: The Potent Forces Leading to Violence Once More

Mike Buckley, 12 April 2021
Mike Buckley speaks to experts about how an intersection of factors, which go beyond concerns around identity and Brexit, are contributing to the current unrest 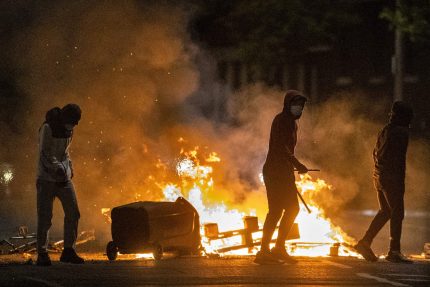 Sam Bright, 10 May 2021
A previously unreleased document lays out the realities of discrimination in modern Britain

Nafeez Ahmed, 7 May 2021
Nafeez Ahmed raises asks why the global health body is seeking input from scientists linked to the discredited theory of herd immunity by natural infection