“The best way to think about Facebook is to consider it through the lens of a sovereign nation. That’s how Mark Zuckerberg thinks about the company.”

These are the words of Roger McNamee, an early Facebook investor and mentor to Zuckerberg – the firm’s co-founder and CEO – through the period when Facebook monetised every aspect of its platform through the targeted ads that now inundate our news feeds.

If new plans being formulated by Nevada’s Governor are any indication, we may not have to wait much long for this dystopia to become a reality. According to drafts of Governor Sisolak’s proposed legislation, a new classification would be introduced called “Innovation Zones,” where tech companies would be allowed to form their own local governments that would have the same level of authority as a traditional county entity.

They could impose taxes, create judicial systems, school districts and even deliver ‘government’ services. The Governor’s argument? That this “alternative form of local government” is essential for the state to attract economic investment. Limited only to so-called “innovative technology,” companies, they would have a great deal of power in deciding how the zones are run. This seems to be code for tech platforms to act above and beyond the constraints of our democracy – a new, tech dictatorship.

This model will be familiar to companies like Facebook. Indeed Zuckerberg owns a majority stake in Facebook and can rule by diktat. The firm recently launched its own self-described ‘Supreme Court’ – designed to have independent oversight over the toughest content decisions. Made up of a group of individuals hand-picked by Facebook executives, this extrajudicial body isn’t even able to launch its own investigations. The policy recommendations that come with its decisions are advisory only. There is zero democratic accountability.

This is typical of Facebook’s track record in the field of democracy. The platform has hosted content that promoted genocide in Myanmar – leading to mass displacement and death. It allowed white supremacists to organise violence against Black Lives Matter protests in Kenosha that led to the murder of at least two people. An “operational mistake,” according to Mark Zuckerberg.

And of course there was the attempted coup on 6 January in Washington DC, during which a mob of extremists intended to hold politicians hostage and potentially even to kill them. This wasn’t a sudden event. These people had been sucked into an alternate reality over the course of several years as a result of Facebook and a business model that benefits not from informing the public but from feeding users more and more extreme content to keep them on the platform for as long as possible.

Look at it this way: Facebook is free. If you’re not paying for the product then you are the product. Does this sound like the kind of country you want to live in?

There is precedent for this type of ‘corporate country’ right here in the UK. At the turn of the 20th Century, the Cadbury family bought land outside Birmingham to create Bourneville as a home for production but also a home for its workers. The company provided homes, schools, hospitals, recreational facilities and more – but with no democratic oversight.

At the time, the actual state was failing to meet the basic needs of the population. Living conditions in cities were terrible. Working conditions were worse. Normal people were struggling to make ends meet. Meanwhile, a ruling elite – dominated by the industry barons of the industrial revolution – controlled politics and ensured their money didn’t end up in the coffers of the government. Instead, they sought to retain the vast majority of their bloated wealth, while assuaging the masses by meeting a minimum number of needs.

We all know how that ended, with two world wars and the great depression causing mass poverty and death among the people. And so, in the 1940s, a modest political settlement was forged, where the state provided for its citizenry.

This might sound familiar. A global pandemic has already claimed the lives of more than two million people around the world and has driven tens of millions into grinding poverty. Meanwhile, America’s billionaires added $1 trillion to their personal wealth and the Governor of Nevada now views the creation of tech fiefdoms as the only way to “attract investment” and fund basic services. 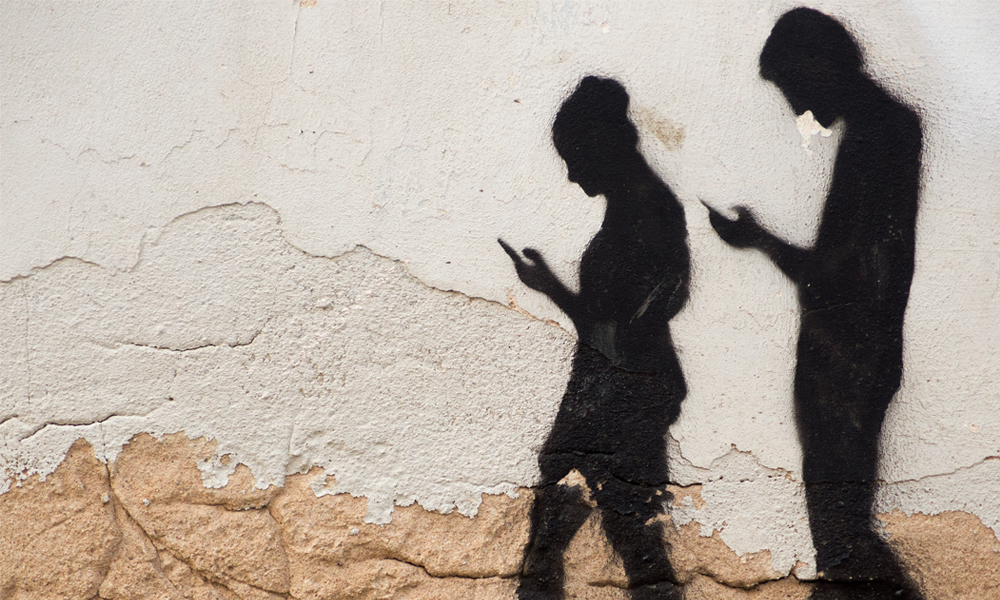 One of the core tenets of public history is that knowledge of the past is essential to avoid the repetition of mistakes. So how did we get here? The answer is simple: our elected representatives and indeed a significant majority of the general public remain ignorant to the power of tech giants.

Their products are addictive, their motive is solely to make money and their infrastructure – how they work – is incredibly technical and complicated. Even when we have clear examples of their harm, like their role in a genocide in south-east Asia or, closer to home, boosting COVID misinformation, we struggle to believe that we are being manipulated. The manipulation is not being carried out by a screaming dictator or a military general. It is silent, psychological and insidious.

We are now at the end of the road. It’s time to decide – do we act to save democratic society or do we accept our residency permit to Facebook Nation, Twitter Town and Googleville?

Kyle Taylor is the director of Fair Vote UK, which was central to uncovering the Cambridge Analytica and Vote Leave scandals. His new guide: “The Little Black Book of Data and Democracy” is available now for presale with Byline Books.