On 1 December, outgoing Senate Judiciary Committee Chair Lindsey Graham told Fox News’ Sean Hannity that “there’s no way in hell anyone’s gonna get confirmed” for Attorney General (AG) unless they foreswore investigating Donald Trump. Hannity chimed in, suggesting the President would have to pardon himself to protect himself from Federal prosecutors working for President-elect Joe Biden’s Department of Justice.

Last week, CNN reported that Committee members Senators John Cornyn and incoming Judiciary Chair Chuck Grassley linked confirmation hearings for Biden’s AG to a pledge that the incoming selectee vow not to fire U.S. Attorney John Durham from his perch as a new “Special Counsel” to investigate the beginnings of the investigation of Donald Trump’s connections to the Russian interference campaign.

All indications are that the GOP is seeking to use the upcoming confirmation battle for Attorney General to write the final chapter in its four-year disinformation narrative on Russian interference in the 2016 election. The purpose is to limit the political fallout of new revelations regarding Trump’s efforts to reward Russia for its interference and to provide political cover for the expected spate of Trump pardons.

But the current chairman and his designated successor could well have another agenda – to bury the evidence of the role they and other Congressional Republicans played a key role in writing that disinformation story. This evidence may be Biden’s best chance to get his AG nominee through to the Senate floor.

From the beginning, the Trump administration deployed a disinformation campaign to counter the fatal stain of cooperating with Russia. As two Congressional investigations of Russian interference got underway, the Justice Department appointed Robert Mueller III as Special Counsel to handle the criminal aspects of the scheme.

Beginning in July 2017, the Trump Administration, advised in secret by Paul Manafort, pushed a disinformation narrative to protect the President – that it was Ukraine that had interfered in the 2016 election on behalf of Democratic nominee Hillary Clinton – not Russia. Within days, Hannity took up the charges and Senator Grassley wrote to the DOJ official in charge of the Mueller investigation, Rod Rosenstein, arguing that Ukraine should be investigated for election interference.

All indications are that the GOP is seeking to use the upcoming confirmation battle for Attorney General to write the final chapter in its four-year disinformation narrative on Russian interference in the 2016 election.

In the spring of 2018, the GOP-led House Intelligence Committee sought to use its investigation of Russian interference in the 2016 election to discredit the Steele Dossier and, by extension, the Mueller investigation. Lindsey Graham supported this effort by writing a letter criminally referring its author, Christopher Steele, to the Department of Justice for false statements.

No prosecution occurred. Hard-core supporters of the President now had a counter-narrative–the prosecutors, the FBI and the intelligence agencies were the bad guys, not Donald J. Trump.

After the Mueller investigation was snuffed by Attorney General William Barr, Trump turned to the problem of his re-election. Like 2016 he sought to discredit Joe Biden with disinformation he had first received as part of his efforts to reward Russia. Building on relationships with Ukrainian officials developed during that 2016-17 plan to help Putin, Trump sought to trade the removal of US Ambassador to Ukraine Marie Yovanovich and military aid to Ukrainian government officials in exchange for an announcement of a probe into Joe Biden’s son Hunter. Former Trump fixer Lev Parnas said Senator Graham was fully “in the loop” regarding the collection of disinformation in Ukraine.

As the impeachment investigation closed in on Trump, Graham subpoenaed the State Department for any records they might have on Hunter Biden and began pushing the discredited Burisma cover story. After voting to disallow witnesses in Trump’s impeachment trial, every Republican senator, save Mitt Romney voted to acquit the President.

After Trump’s acquittal, Graham, Grassley and others in the Senate worked to advance the Hunter Biden-Burisma disinformation scheme to help Trump’s re-election campaign.

As the Presidential campaign heated up over the summer, according to a letter from Democratic leaders to FBI Director Wray, GOP committee chairs Graham and Grassley received packets of disinformation regarding Hunter Biden from Ukrainan lawmaker Andrii Derkach. Six weeks later, the US Treasury Department declared Derkach a Russian agent and sanctioned him for foreign interference in US elections. 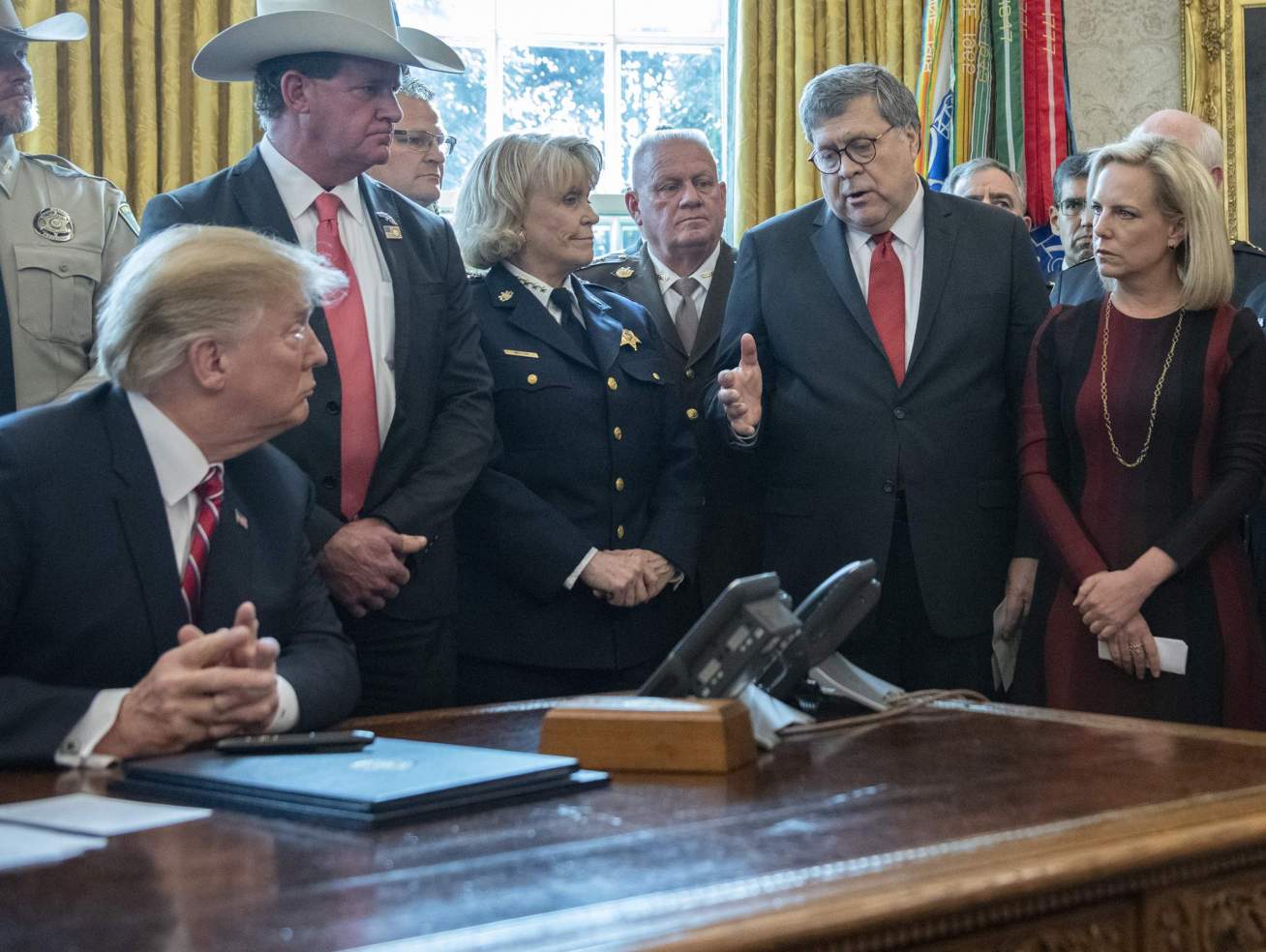 With a defeated Trump actively considering pardons for up to 20 people involved in his disinformation operations, the GOP finds itself in a bind. Any pardon for Trump or his family members and associates will come with consequences similar to those that faced Gerald Ford for his pardon of President Richard Nixon. Republicans will have to paint any Trump pardons as a defence against politicised prosecutions.

So far, Biden has sought to communicate that his Justice Department will be one that will not be influenced by the White House. Outgoing Senator Doug Jones, recently described as the front-runner for the post, may be seen as too close to Biden now that an investigation of Hunter Biden’s taxes has been acknowledged as underway.

The President-elect must now pick an Attorney General that will satisfy Democratic voters’ desire to see Trump’s sins punished, avoid GOP lawmakers’ need to erase their part in the disinformation campaign to help Trump while dealing with the offspring of that campaign – the tax investigation of Hunter Biden. Revealing Senators Grassley and Graham’s years-long involvement in spreading Russian disinformation to Americans may be exactly what President-Elect Biden needs to move his nominee through the Committee.

Rob Waldeck is the author of The Black Ledger: How Trump Brought Putin’s Disinformation War to America