Four years after the Government promised a major aid package to the British citizens it forced from their homes, it has spent just half a million pounds, reports Steve Shaw

When the Government refused to allow a group of British citizens the right to return to their homes in the Indian Ocean, the consolation was that there would be a £40 million support package for them.

The UK Foreign Office said that this would focus on improving living conditions, providing education and giving better access to healthcare.

But, in the four years since the announcement, the Government has paid out just £542,820. Of this, £527,799 went on “heritage visits” – small supervised trips that allow the Chagos Islanders to spend a brief period of time on what was once their home. A Government website indicates that five of these trips have taken place since 2016.

It was almost 60 years ago that the UK and American Governments forcibly removed 2,000 people from Britain’s last African colony. The islanders’ pet dogs were killed before they were told to pack a single suitcase per family and board boats. They were shipped off to the nearby islands of Mauritius and Seychelles, dumped in squalid conditions and forgotten.

Some were left in prison cells, others in apartment blocks with no running water or electricity. They received nothing from the UK Government and their fate was covered up.

The largest of the Chagos Islands, Diego Garcia, is no longer the small tropical paradise they remember. Instead, it is leased to the American military and is a staging post for conflicts across Africa and Asia. 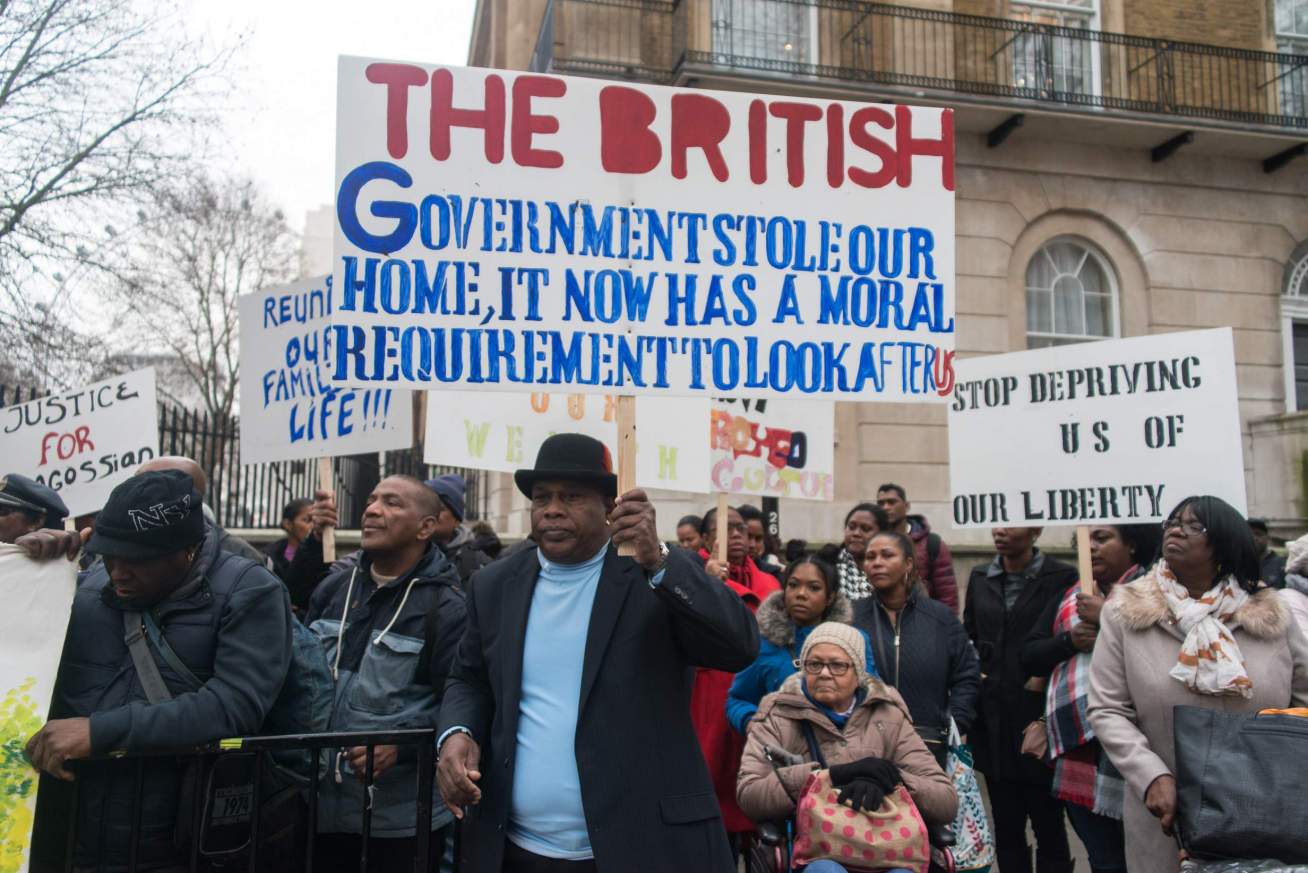 The UK Government – which refers to the islands as British Indian Ocean Territory – has ignored both an advisory opinion from the International Court of Justice and a UN General Assembly vote which affirmed that Britain no longer has sovereignty over the islands.

In 2016, it reiterated its refusal to give up the territory due to “defence and security interests”.

In a written statement to Parliament on 16 November 2016, Conservative peer Baroness Joyce Anelay admitted that the way in which the islanders had been treated was “wrong”. To make amends, the Government would “seek to support improvements to the livelihoods of Chagossians” with a “package of approximately £40 million over the next ten years”.

She said that this would address the biggest needs of the community “by improving access to health and social care and to improved education and employment opportunities”.

The UK Foreign Office told Byline Times that the Government announced “an ambitious and significant package of support for the Chagossians” and it remains “committed to working with the Chagossian community”. This, it said, includes “funding for visits to the Chagos Islands and language training”.

But, according to a Freedom of Information request in July, just £15,021 has been spent outside of the visits. This has gone on a payment to Crawley Borough Council for “analysis work” related to the support package, “interpretation services” for meetings representatives of the community and a “scoping visit” in preparation of future visits to the islands.

There is no indication of any expenditure on healthcare, living conditions or education in the past four years.

Olivier Bancoult, the president of the Chagos Refugees Group has said that the Government’s response to the community’s pleas had been “inhumane”, despite public apologies.

“We asked for a life pension to be given to all native Chagossians and other Chagossian groups, we also made several proposals such as funeral grants, a welcome venue or house for those who decide to settle in the UK, the creation of jobs, compensation, scholarships for Chagossians students, medical check-ups for all Chagossians,” he explained. “But not even one request was favourably accepted or considered.

“Since 16 November 2016, many of our Chagossians have passed away including my Mum who was hoping to be able to return on her native land and to get a compensation for all what she had suffered over all these years. How can we Chagossians continue to believe and trust what [the UK Foreign Office] says as they have never shouldered their responsibilities towards us?”

He added that, on 4 November, some refugees in the UK were invited to take part in an English language course at Crawley College but only 20 places were available. The cost of the course was to be billed as an expenditure using the support package, despite these courses usually being free for people on low income in the UK.

“This is how the UK Government considers us,” he added. “They think we are stupid and unaware of certain things. Since announcing the support package the British Government could have taken many positive steps for Chagossians if they really had the wish to do so and the goodwill but unfortunately they had not.”

Details of the support package have emerged after Byline Times also reported that charges had been filed with the International Criminal Court (ICC) against the entire British Indian Ocean Territory administration for the crime of apartheid.

Solomon Prosper, who made the allegation, said that he believes the actions of the Government amount to racism and apartheid because of the stark difference in the way other overseas territories such as the Falklands have been treated in the past. It is not yet known whether the ICC will move forward with the charges.