An expert on US election law foresaw Trump’s attempts to use allegations of voter fraud, the military and Republican lawmakers to mount a coup in the United States, reports Nafeez Ahmed

The United States is in the midst of the most consequential struggle over the fate of democracy in recent memory. Despite official election observers having called the presidential election in favour of Joe Biden, US Secretary of State Mike Pompeo has declared that he foresees “a smooth transition to a second Trump administration”. And indeed, Donald Trump’s administration’s plan to cancel democracy has been long in the making.

Four years ago, Trump’s attempt to steal the 2020 US election was anticipated by a top American expert in US election law. Edward B. Foley, professor of law, director of Election Law at Ohio State University’s Moritz College of Law and author of Ballot Battles: The History of Disputed Elections in the United States, had outlined a scenario in 2016 in which Trump rejected the validity of the vote count in a swing state like Pennsylvania – exactly as is happening right now.

“So who will resolve the conflict if Trump loses Pennsylvania and insists on seeing proof, and the state can’t provide it?” asked Foley, exploring the then hypothetical possibility that Trump would refuse to concede. He warned that there is a risk of “a serious breakdown in the constitutional order… if Trump loses, and he and his followers genuinely dispute the election, there’s no guarantee we would have a path out.” 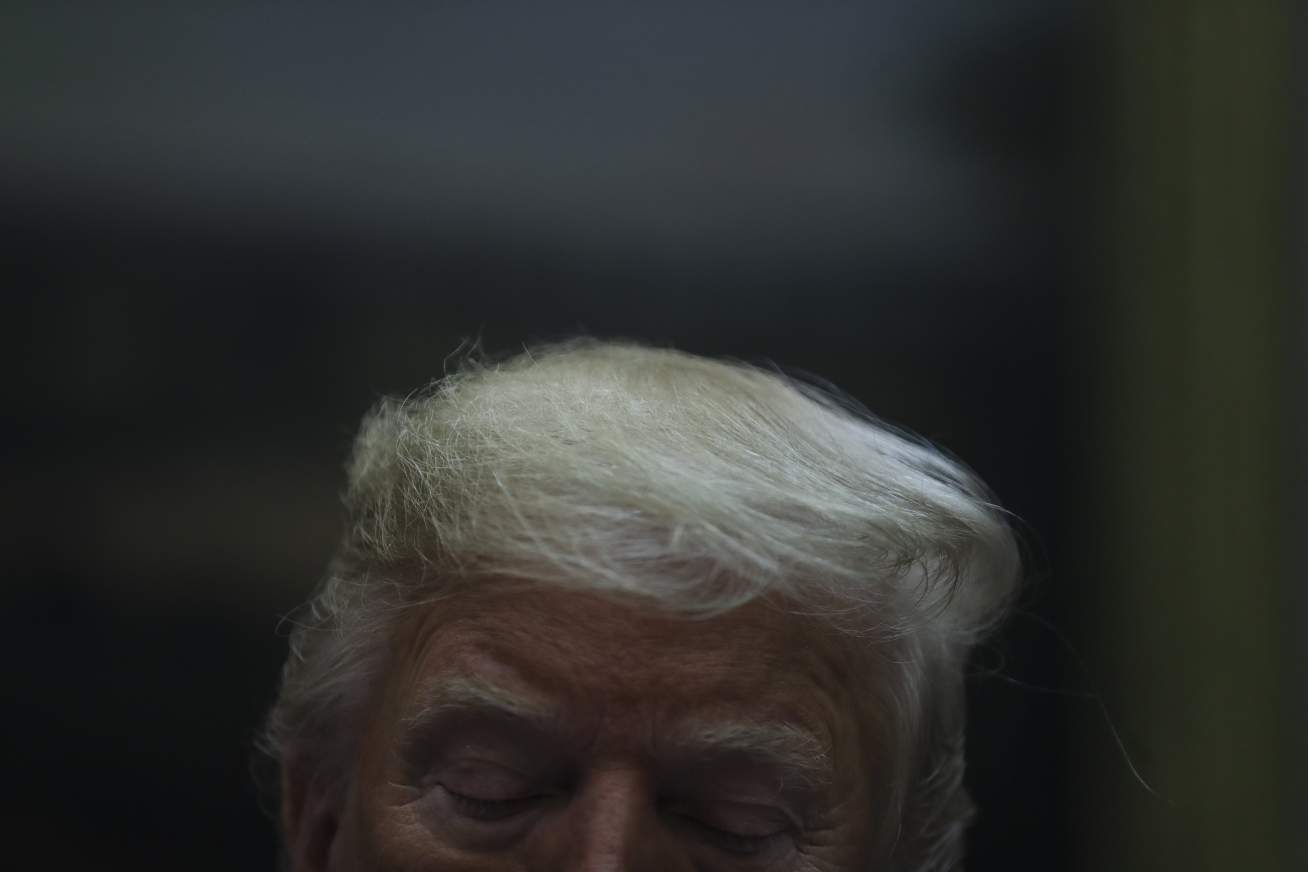 Part of the problem is that if political party interference is hell-bent on denying the legitimacy of a vote count, it’s possible to disrupt the election outcome. “The first recourse is to partisan state appointees; the next is to courts that can be partisan themselves, and don’t always even have jurisdiction,” explained Foley.

So far, it looks unlikely that Trump can succeed. Nearly 80% of Americans believe that Biden won the election. Only 3% believe Trump won – and just 13% believe the election remains undecided. This cuts across partisan lines, with almost every Democrat and more than six in 10 Republicans saying Biden won fair and square. Most Republican lawsuits in the battleground states of Pennsylvania, Georgia, Arizona, Nevada, Michigan and Texas either question too few ballots compared to Biden’s large lead, or make unsubstantiated claims about Republican poll watchers lacking access to ballot counting.

But Trump is now following a desperate playbook to capture US public opinion so that he can justify making state legislatures step in to appoint state electors directly.

Attempting to Capture the Military

Just last year, Professor Foley fleshed out in further detail how Trump could dispute the 2020 election results in a startlingly prescient paper published in Loyola University Chicago Law Journal. Trump’s current strategy has closely followed the approach Foley warned about in this paper.

Foley’s suggested that “a major dispute over the outcome of the 2020 presidential election could arise… from the ordinary process of counting ballots.” If left unresolved, he spelt out, this dispute “could reach Congress, where it potentially might metastasize into a full-fledged constitutional crisis. The most frightening scenario is where the dispute remains unresolved on 20 January 2021, the date for the inauguration of the new presidential term, and the military is uncertain as to who is entitled to receive the nuclear codes as commander-in-chief.”

With this prospect in mind, it seems, Trump is moving rapidly to consolidate his control over the US military. Having fired his defence secretary Mark Esper, he has installed Trump loyalists into top Pentagon posts – including retired Army brigadier general Anthony Tata who called President Obama a “terrorist leader” and a Muslim.

Notably, Esper had opposed the idea of deploying the military on US soil – an idea which Trump’s Pentagon has quietly laid the groundwork for, as I reported in 2018. Trump’s gamble is to generate sufficient uncertainty lasting through to next year, so that he can confuse and disrupt the military chain of command, preventing it operating under the direction of incoming Commander-in-Chief, Joe Biden.

As Esper himself told the Military Times about his successor. “It’s going to be a real ‘yes man.’ And then God help us.”

Republican lawmakers and state legislatures, previously reticent, are now jumping on the bandwagon. Texas Governor Dan Patrick has pledged $1 million to investigate vote fraud allegations to incentivise “whistleblowers and tipsters” – even though the Republican call for investigation was based on false claims recanted by a US postal worker. Other prominent Republican politicians have fallen in line, with only a few coming out to congratulate Biden as the new President-Elect.

Trump is actively seeking to escalate almost exactly the playbook of partisan deception that Foley described last year as a plausible way to suppress a “blue shift” – an increasing wave of electoral support for Democrats thanks to electoral reforms.

In describing one scenario, Foley imagined what might happen in Pennsylvania. Trump would begin with a significant 20,000 vote lead in the state, leading him to tweet that: “The race is over. Another four years to keep Making America Great Again.” But the vote count would not be completed, and the following morning would show Trump’s numbers slipping. Trump would hold a press conference declaring his election victory based on his original lead, and rejecting continued vote counting. 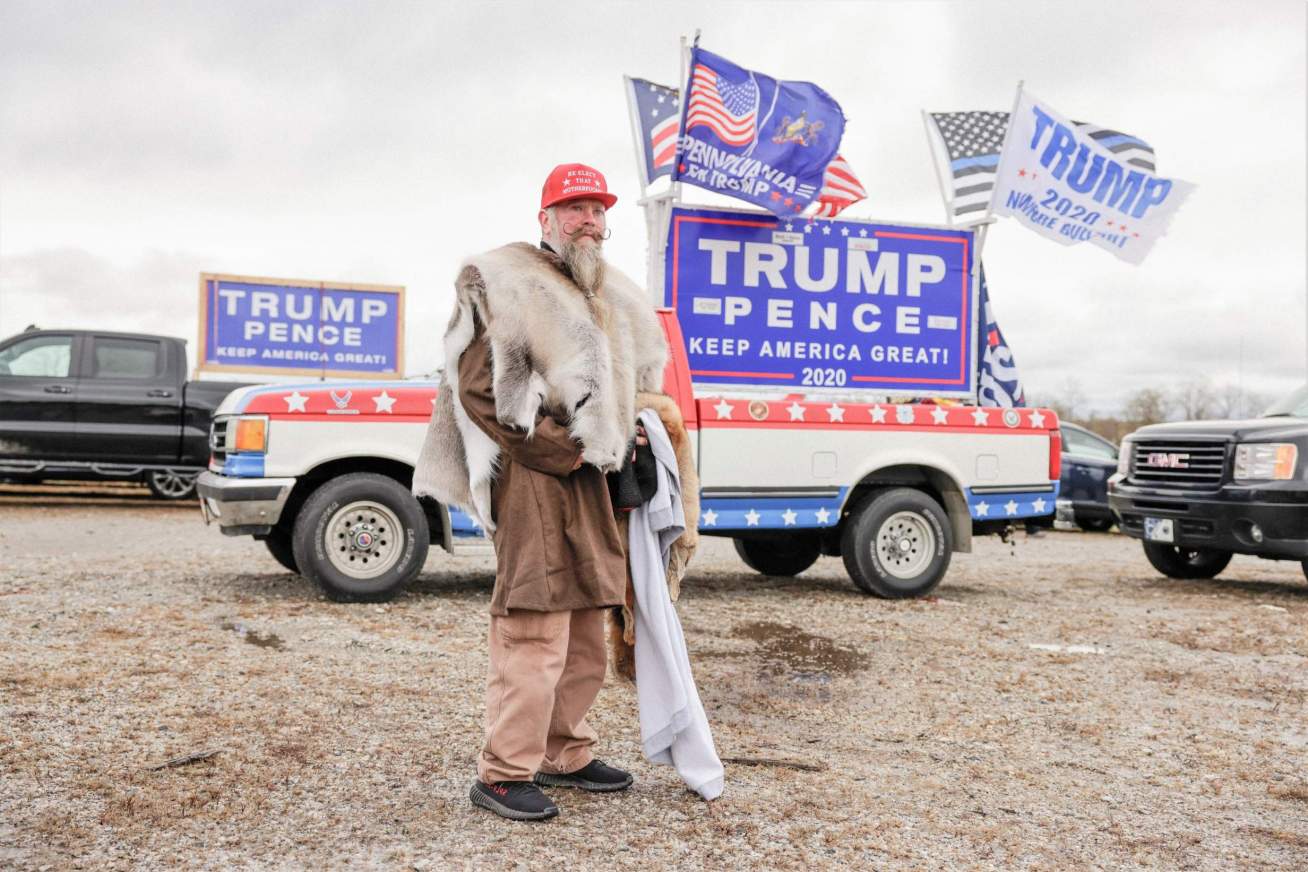 US Election 2020 Most Dangerous 80 Days in American History

As Trump’s lead would flip with his contender taking the lead, Trump’s protestations would become increasingly incendiary, culminating in open accusations of election fraud. Rancorous but non-violent protestors would take to the streets in Pennsylvania and elsewhere as Trump’s opponent declares victory.

“So begins the saga over the disputed result of the 2020 presidential election,” observed Foley in 2019. “This scenario is certainly plausible. Pennsylvania is, indeed, a pivotal state in the 2020 presidential election – and potentially poised to be the single state upon which the entire election turns. That role could also fall to Wisconsin, or Florida again, or even Arizona. But it just as easily could be Pennsylvania.”

Foley’s analysis points out that the Trump playbook would crucially “depend upon how much doubt can be cast upon the officially certified canvass of the popular vote.”

Trump’s approach has been to pave the way for him to justify encroaching directly on the state legislature: “If during the canvass itself, Trump can gain traction with his allegation that the blue shift amounts to fraudulently fabricated ballots – along the lines of his 2018 tweet about Florida – then it becomes more politically tenable to claim that the legislature must step in and appoint the state’s electors directly to reflect the ‘true’ will of the state’s voters, who otherwise would be deprived of the result they mandated as reflected on Election Night.”

This could be done in many different ways, Foley explained – attacking provisional ballots and absentee ballots as ineligible for counting; closely scrutinising heavily Democratic precincts for alleged voting irregularities; attempting to invalidate entire precincts by bigging up even slight discrepancies which often occur for innocent reasons (e.g. “between the number of voters who sign the precinct’s pollbooks and the number of ballots cast in the precinct”).

In fact, Foley wrote, “one can easily imagine Trump and his Republican supporters pointing to any evidence that might support a narrative of Philadelphian misdeeds undermining his victory.”

Trump’s court efforts, too, are not entirely beyond the bounds of plausibility. His lawsuits can focus not simply on obtaining a judicial decree blocking the counting of extra votes, but, for instance, “requiring the state’s governor to certify a popular vote victory for his Republican slate of electors.”

Even if Trump lost in court, he could still try to press his case in Congress by getting “the state legislature to appoint his presidential electors directly.” Those electors would then “submit their purported electoral votes to the President of the Senate – who happens to be his vice president, Mike Pence.”

Trump’s strategy is to create enough noise around the idea of Biden vote fraud to stoke what eventually becomes an unsurpassable disagreement between the two houses of Congress on who actually won the presidential election. By manufacturing the appearance of a “plausible basis for disputing the outcome”, Trump could grant himself “a fighting chance” at stealing the election.

On Fox News, Senate Judiciary Committee Chair Lindsey Graham identified precisely this approach of using Republican-controlled state legislatures to appoint pro-Trump electors. He referred to powers described in Article II of the Constitution allowing legislatures to take such unilateral action, and urged Trump supporters in these states to escalate public campaigns to exercise these powers by declaring that fraud affected the vote count – a strategy which theoretically could work in Pennsylvania, Georgia, Arizona, Michigan, and Wisconsin.

As unlikely as all this might be, Trump is actively attempting to make it more likely by whipping the US public into a frenzy, as evidenced by his baseless vote fraud claims topping the social media charts on Facebook on YouTube. His plan is to extend and intensify this frenzy all the way through to January, to create a constitutional crisis and a breakdown in the military chain of command amidst state legislature power grabs.

That is why journalist David Sirota is right to point out that complacency is a mistake. “This isn’t merely infantile behaviour or an immature temper tantrum – it is part of a cutthroat plan.” Republicans are now “trying to normalize the idea that regardless of how Americans actually voted, a second Trump term is inevitable because state legislatures and Congress will ultimately hand him the Electoral College.”

Similarly, Will Bunch at The Philadelphia Inquirer argues that “Trump’s coup maneuvers needed to be taken both literally and seriously – by Team Biden and leading Democrats, and by everyday citizens – and must be forcefully resisted at every possible step. The very real threat of neo-fascism in our country is a beast whose death cannot be celebrated until the closing credits of this nightmare on Pennsylvania Avenue.”

Trump is actively attempting to stage a coup right in front of the American people, and the world. If he succeeds, it will be the end of the American republic, and the dawn of a dangerous new age of 21st Century fascism. Even if he fails dramatically, the toxic legacy of his efforts will inflict lasting damage to the US electoral process which could be exploited in years to come. Either way, the true legacy of Trumpism’s utter contempt for the fundamental norms and values of democracy is no longer a matter of debate, but laying in plain sight.