As Parliament was sitting for its last day, Boris Johnson was sneaking in a written answer announcing the immediate transfer of the control of Government data from the Department for Digital, Culture, Media and Sport (DCMS) to the Cabinet Office under its Minister and the Prime Minister’s Vote Leave ally, Michael Gove.

The parliamentary press lobby was briefed that this was a mere minor change in the machinery of government, with the Cabinet Office stating that it is aimed at an efficiency drive. In fact, it is a major change which amounts to one of the biggest power grabs at the heart of Government.

A spokesman said: “This is about making sure that Government departments and the decisions they make are properly joined up. It will allow the Government to make the best use of data to deliver the best possible services for the people of the UK. It will enable cross-Government work to be carried out, ensuring data is managed ethically while providing clear accountability through one central Government department”.

The move reverses a decision of Johnson’s predecessor, Theresa May, to transfer national data to the DCMS. And there was another intriguing development there just over three months ago.

The DCMS under John Whittingdale, the Minister responsible for data protection, had put out to tender a programme for “radical technological change” and asked consultants to draw up a report and action plan to deal with the “organisational, technical, legal and cultural barriers to sharing data” and look at the current legal situation which limits it.

The £60,000 project also included an extension to “develop options and recommendation around the merits of a mandatory approach across Government, [and] how useful data emerges after sweeping away legacy technology.”

But COVID-19 intervened and the tender was cancelled – meaning that any future decision to re-issue the tender will have to be taken by the Cabinet Office which now controls the sharing of Government data.

Ever since he became Prime Minister, Boris Johnson and his controversial chief advisor Dominic Cummings have been keen to centralise data as part of the Whitehall revolution.

Cummings has made it clear in his own blogs that he has no time for traditional thinking in Whitehall.

“The world of MPs, officials, the Institute for Government (a cheerleader for ‘carry on failing’), and pundits will not engage with these ideas if left to their own devices,” he stated in a blog posted on 2 January.

The first initiative in Johnson and Cummings’ revolution was a decision to centralise the electoral register by handing – without competitive tender – a £1.7 million contract to IDOX, which has a near monopoly for electoral checking in the UK, before the 2019 General Election. This year’s electoral register will be checked for the first time nationally by the Department for Work and Pensions to counter fraud. Local councils will remain data controllers, but Whitehall will already have a national list of who can vote.

The next big leap was helped by the COVID-19 pandemic and the need to create a test and trace system to monitor and control the disease’s spread. NHSX – a new “digital transformation” body which the National Audit Office revealed that the Department of Health and Social Care could “change or close it as they see fit” – became involved in commissioning the new app for mobile phones and the infrastructure to monitor the health of patients. 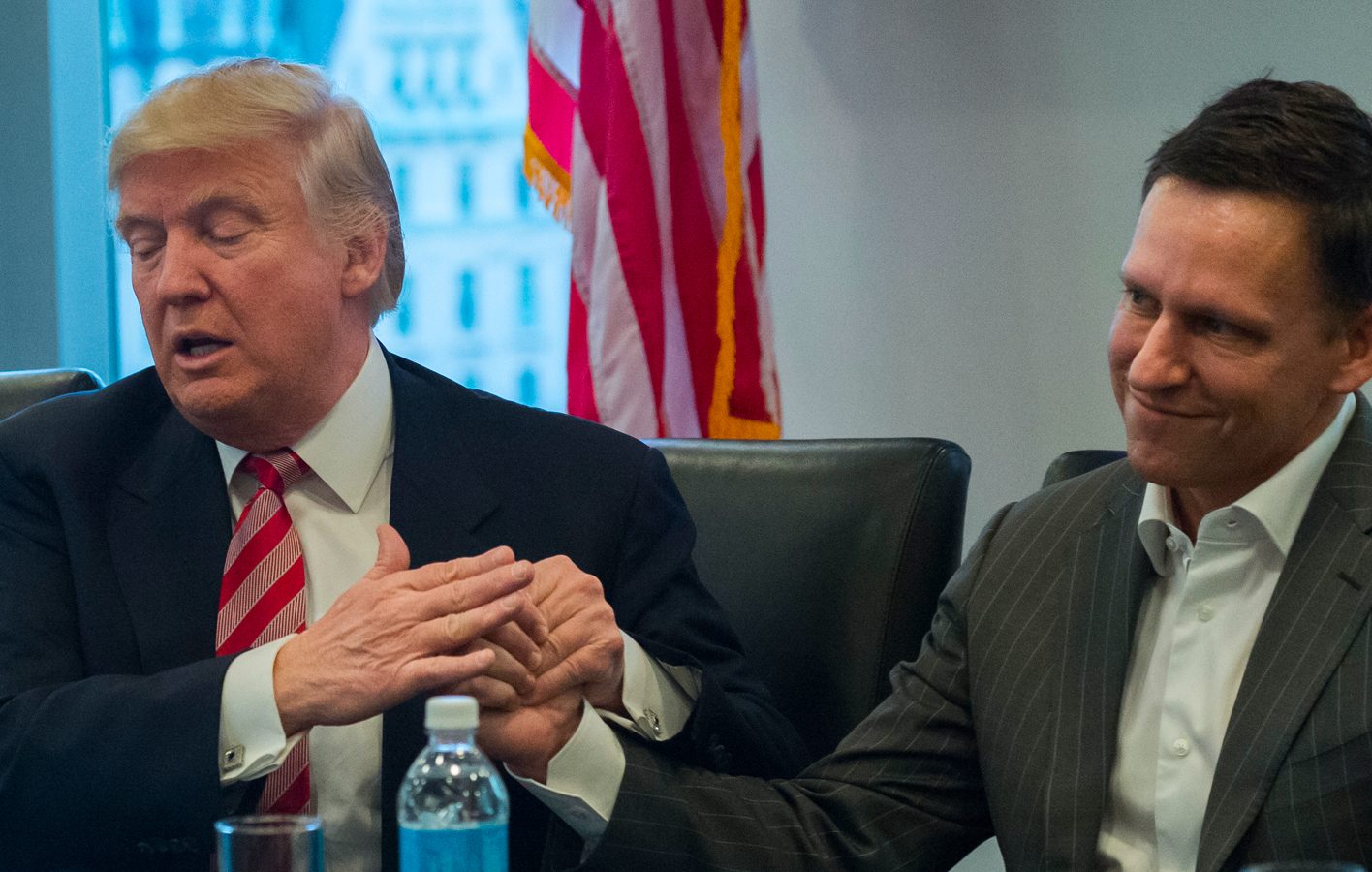 Two companies, Faculty – a British start-up run by people with close connections to Cummings through Vote Leave and the Conservative Party – and Palantir – a US company run by Peter Thiel, who backed Donald Trump for election in 2016 – won contracts. Management of the app was going to be done by Zuhlke Technology Group in Switzerland, which has engineers in the Far East and central Europe who could have access to patients details.

According to the Guardian, Faculty – which had a pre-existing contract with other companies to help build a £250 million artificial intelligence lab for the NHSX subsidiary – took on a leading role in the data response to the pandemic. It is run by Marc Warner, whose brother, Ben, was reported by the Sunday Times to have been recruited to Downing Street by Cummings after running the Conservative Party’s private election model.

The app was a disaster because, unlike the test and trace systems run by Google and Apple, the Government insisted on centralising all patient information rather than leaving it on people’s phones. It was incompatible with iPhones.

As a result, more than £10 million was spent on a failed project. Work still appears to be ongoing on the centralisation of X-rays collected from COVID-19 patients. And there is still a long-term project to put the all NHS patients’ details on a cloud-based national database.

The Department for Business, Energy and Industrial Strategy (BEIS) hired a US firm, Reynolds Russell to recruit a new Permanent Secretary. The recruiter’s motto was: “The organisations that don’t disrupt themselves are the ones that will be disrupted.”

But it looks as though Whitehall struck back and got one of their own in the post. Following cross-Whitehall competition, Sarah Munby was appointed, who – according to the department’s press release – “worked at McKinsey, where she led their Strategy and Corporate Finance practice in the UK and Ireland. She has worked with some of the UK’s largest companies to change their strategic direction, and led much of McKinsey’s work on productivity across the UK economy”.

BEIS is also recruiting a new head of behavioural change, data and insight with the aim of using data to revolutionise its communications strategy. 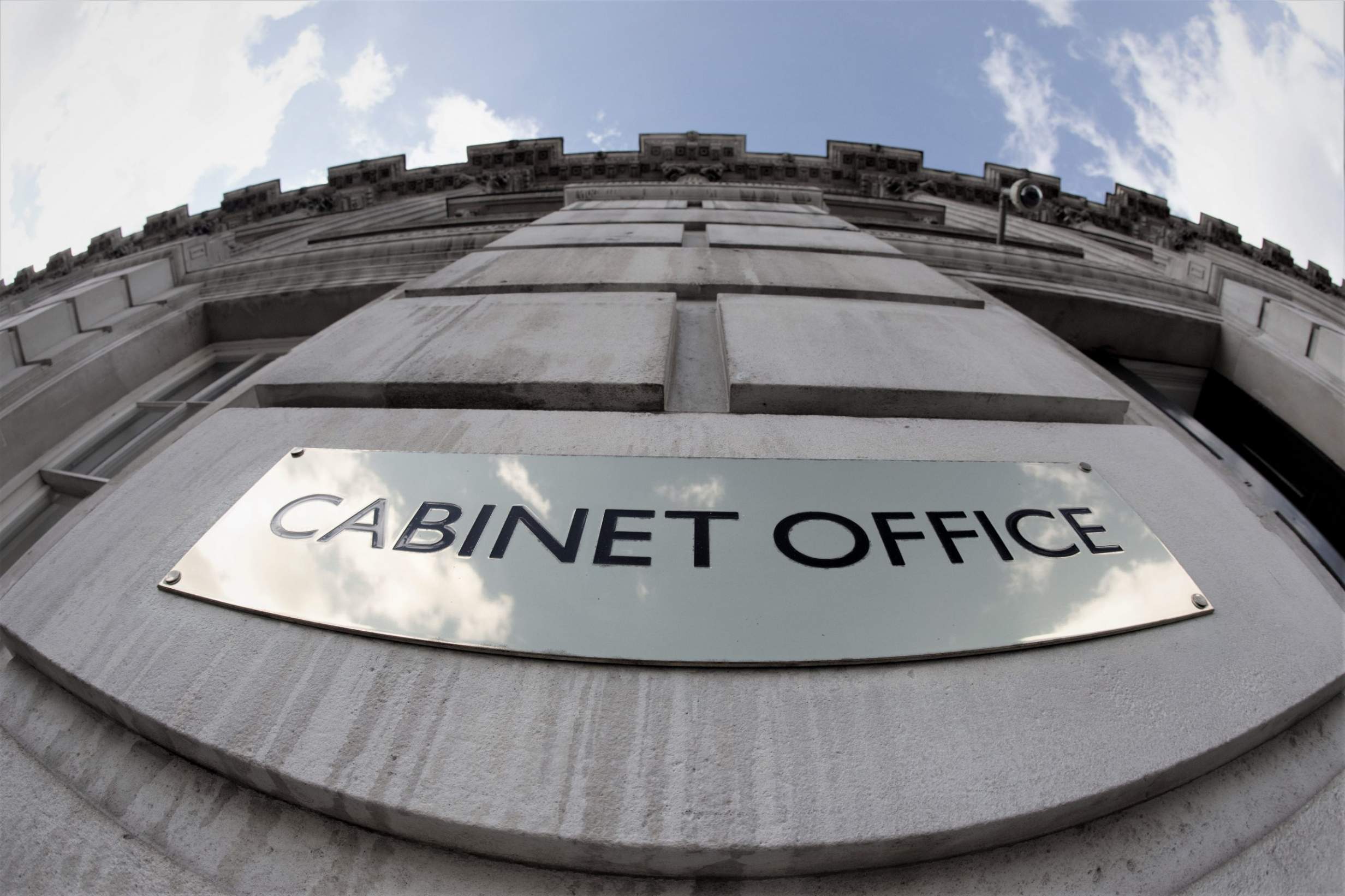 The Department for Work and Pensions is recruiting 16 business analysts to organise its “products” – benefits and pensions – and nine new software engineers.

There are also plans for new databases in the Cabinet Office to be created for people with disabilities and black and ethnic minorities. And a new vetting database covering the 200,000 people who need to be security-vetted every year will be based at the Cabinet Office, after responsibility was transferred to it in this area from the Ministry of Defence.

Interestingly, a new location database will provide the Cabinet Office, through the Geospatial Commission and Ordnance Survey, information on all underground assets in the UK and infrastructure to aid builders, developers and business. They have already compiled an open source database of all postcodes and street numbers in Britain, as well as rivers and green spaces.

By the end of this Parliament, the Cabinet Office will have its own databases on people with disabilities, ethnic minorities, security vetting and – if the Cabinet Office decides to change data-sharing rules – it could have access to NHS patients data and the electoral register.

Such concentration of data has not been seen in the UK before. With the increasing employment of software engineers and data experts, it is clear it will be used to dictate future policy-making.