‘We Are Moving Towards a Human Rights Apocalypse in Kashmir’

“As a first step, I have suggested, that the Organisation of Islamic Cooperation (OIC) countries, Muslim countries, should ban the import of non-halal meat and non-halal products from India,” he told an international virtual conference on Monday.

Khan’s plea to the OIC and sub-state members of the international community comes as India begins the next phase of its Hindu settler colonial project in Muslim-majority Kashmir, in defiance of United Nations Security Council (UNSC) resolutions numbered 47, 51, 80, 96, 98, 122 and 126, which determine that the final status of the disputed territory “will be made in accordance with the will of the people expressed through the democratic method of a free and impartial plebiscite conducted under the auspices of the United Nations”.

For the past seven decades, India has defied these resolutions in denying eight million Kashmiri Muslims the right to determine their own future by maintaining military control over the territory while granting semi-political autonomy to the local population.

On 5 August 2019, however, New Delhi suddenly revoked this status by signalling its intent to illegally annex the territory and launch its Hindu settler colonial project. 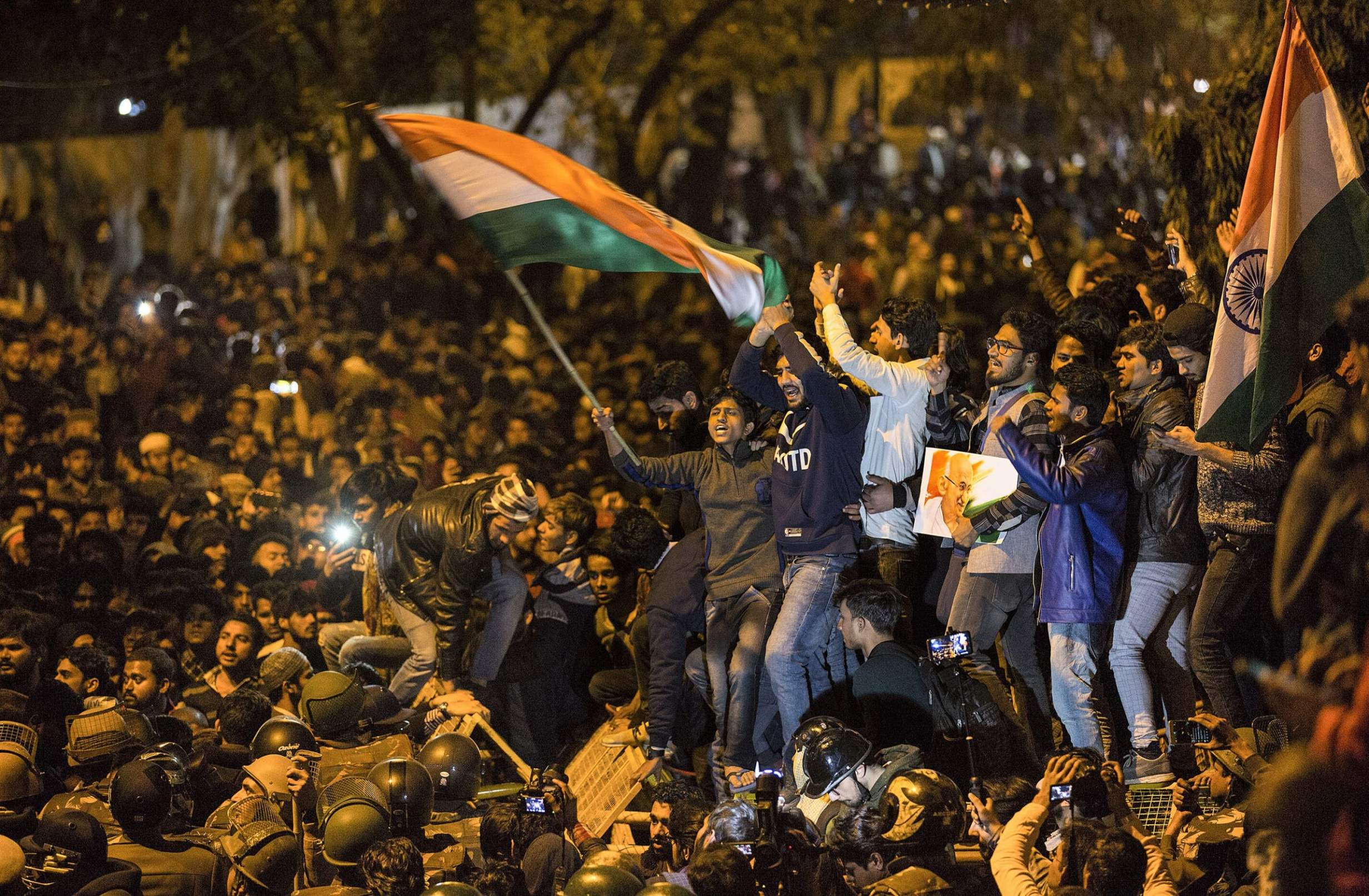 India is Outsourcing its Dirty Work to Right-Wing Vigilantes

In March, the Indian Government signalled its intention to place Hindu settlers in Kashmir by announcing domicile rights, including access to property ownership and employment, for Indian citizens, with around 25,000 domicile certificates granted in the past six weeks alone.

India’s colonisation of Kashmir can arguably be described using any number of terms, including demographic genocide or ethnic cleansing, which is why Khan is pleading for a ‘Boycotts, Divestment and Sanctions’ movement against India.

I spoke with Khan, who was Pakistan’s Ambassador to the United Nations from 2012 to 2015, to discuss the current realities on the ground in Kashmir.

“Yes, absolutely. When Narendra Modi came to power in 2014, and when he was re-elected in 2019, he stated in his election platforms that he would rescind these two articles in the Indian Constitution – Article 370 and 35A. Article 370 was symbolic, it was an empty shell. It just kept up this myth of autonomy in the occupied territory. But Article 35A was important. It recognised Kashmiri’s rights to acquisition of property, permanent residence, education and employment. All those rights have now be taken away and New Delhi is taking steps to sub-divide the territory into two parts, with one called ‘Union Territory’. Union territories are like municipalities, which are being directly governed by Delhi and without the consent of the people.

“Recently, they have taken another step by introducing new domicile rules, which allow Hindus from all over India, but have lived in the occupied territory as civil servants or as military officers or in other capacities or have served in other statutory bodies or educational institutions, to apply for domicile certificates, as can their families. This is a move to disenfranchise and dispossess the people of Jammu and Kashmir and displace them, ultimately. India is moving at a breakneck speed and has fast-tracked the issuing of these domicile certificates to non-natives.”

Does New Delhi view COVID-19 as an opportunity to advance its Hindu nationalist agenda in Kashmir?

“India is taking advantage of the COVID-19 pandemic by accelerating its targeting of Kashmiri youths in cordon and search operations, or what we call ‘fake encounters’ or ‘staged encounters’. This past month has been very bloody for the Kashmiri youths. In order to divert attention for all these crimes against humanity – a genocide plain and simple – the Indian military is escalating the situation along the Line of Control (LoC) because this diverts attention from its crimes and dark agenda in the occupied territory.”

How would you describe India’s recent military escalation?

“This year alone, India has violated the ceasefire line 1,100 times. They deliberately target civilians in Azad Kashmir. It destroys critical infrastructure. The world gets the impression that a war between India and Pakistan, both of which are nuclear weapon states, is likely – which means the plight of the Kashmiris disappears from the world’s radar screen and the international agenda. Military escalation along the ceasefire line is a diversionary tactic India uses quite frequently.”

Does the growing relationship between New Delhi and Arab Gulf state countries, such as Saudi Arabia and the United Arab Emirates, negatively impact the situation in Kashmir?

“These UN resolutions were adopted in the 1950s, so one must be clear about this so-called bilateral dimension of the issue, because by bilateralising the issue, India wanted to achieve two objectives: to exclude the people of Jammu and Kashmir, and exclude the United Nations as an arbiter or facilitator of the [promised] referendum.

“In relation to the Arab Gulf countries – in the immediate aftermath of 5 August, after India had taken those illegal steps – the Organisation of Islamic Cooperation, which is a body of 57 Muslim countries, condemned India’s actions as an illegal violation of UN Security Council resolutions and international and humanitarian law. But some of the countries in the [Middle East], and the countries you have mentioned, did not voice their concern. In fact, they were tight-lipped about it. This has created huge resentment among the Kashmiri people and the people of Jammu and Kashmir.

“[Pakistan-Administered Kashmir] have tried to impress upon the Saudis and Emirates that their silence and probably their acquiescence is hurting the interests of Kashmiris and Pakistan… The Arab street, however, has woken up to the situation in Kashmir and their reactions have been strong.”

What of the United Nations?

“The United Nations has been sidelined in the dispute over Kashmir… [and as such] we are moving towards a human rights apocalypse in the Indian-occupied Jammu and Kashmir.”