Our Lives Matter ‘I Can't Breathe’ & the Syrian Living Dead

In the second of Byline Times’ new series dedicated to giving a platform to new voices of colour, Amina Shareef explains how George Floyd’s last words resonate across the world

Syria speaks. It speaks to America through the street art of a now ubiquitous image – that of George Floyd and a now iconic hashtag “I can’t breathe”. But, more importantly, it speaks through the placement of this tribute: the remains of a wall once supporting perhaps a school, a nursery or a hospital, a lone shard of a wall in a sea of rubble, a wall that bears testimony to an imperial brutality that destroys life with impunity.

This image on the last standing wall of a Syrian street exposes the transnational significance and symbolism of “I can’t breathe”.

This image prods us into acknowledging that “I can’t breathe” captures more than just the cry of anguish, suppressed too long and now released by a people brutally enslaved, exploited and expelled into the rotten margins and dead-end ghettos of modern American life.

This image narrates a story of displacement, dehumanisation, and immiseration of a planetary dimension, enduring through and created anew by historical and modern forms of imperialism and colonialisation.

This image gives “I can’t breathe” its global substance.

“I can’t breathe” is a Muslim woman gagging on a headscarf dragged off her head, a headscarf as a noose around her neck.

“I can’t breathe” is the hooded detainee, illegally extradited, smothered by the darkness of his hood as his body is captured and transferred into sites of torture and lawlessness.

“I can’t breathe” is an Islamic intellectual, silenced by the accusations of rape, taken as political prisoner to politically suffocate a Muslim spiritual revival.

“I can’t breathe” are the floating bodies whose lungs carry the waters of the Mediterranean, bodies naturally fleeing the armed conflicts and economic famines of our manufacture.

“I can’t breathe” is the ‘terror’ suspect, repeatedly waterboarded in black sites and illegal prisons across the world in accordance with CIA interrogation manuals, only to be released as innocent of any charges.

“I can’t breathe” is the asylum seeker, crammed and stacked into overcrowded detention centres, hopefully waiting, waiting for a verdict.

“I can’t breathe” is the political dissident, closed in by the crushing loneliness of solitary confinement.

“I can’t breathe” are the gassed Syrian children, their bodies heaving as truncated life ebbs away.

“I can’t breathe” is the woman in labour pains, giving birth in a refugee camp, made stateless for being so naïve as to allow herself to be groomed by ISIS. 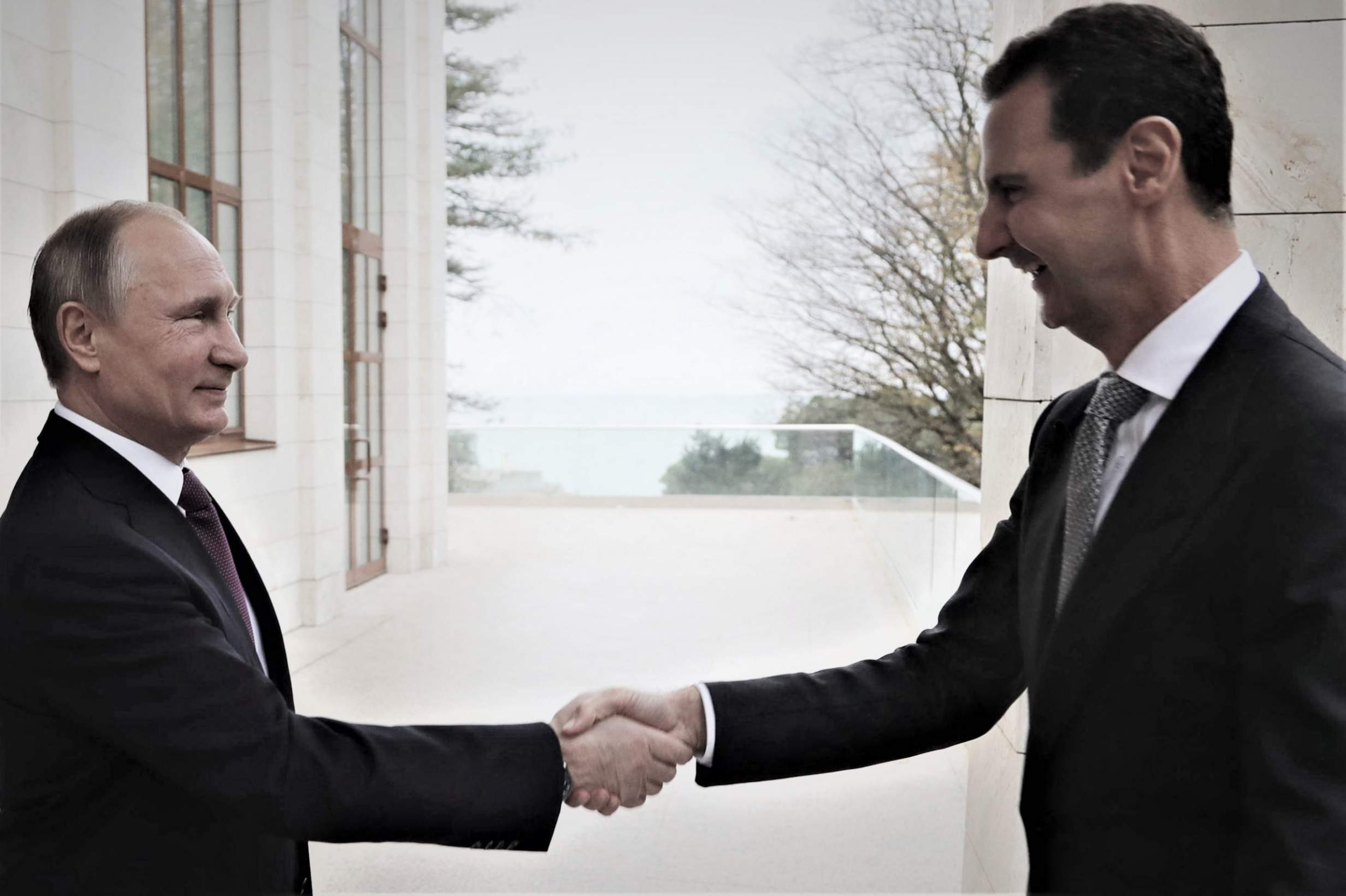 In Syria, Russia ProvesRonald Reagan RightIt is the ‘Evil Empire’

Worth nothing because those bodies are not really human. Not really human, they can be gagged, hooded, silenced, dispossessed, drowned, tortured, detained, gassed, and denationalised into the spaces of death.

George Floyd is a symbol of the living dead of this world, abandoned and brutalised. Somewhere between life and dead. And Syria speaks through this symbol.