Under the cover of a crisis, attacks on independent journalism are increasing around the world at the hands of ‘strong men’ determined to dismantle liberalism

Veteran journalist Maria Ressa has been convicted of “cyber libel” by the Philippines justice system and sentenced to a maximum of six years in prison. The ruling follows years of judicial harassment of Ressa, an outspoken critic of President Rodrigo Duterte, dubbed “the Punisher”.

Ressa, named a Time magazine ‘Person of the Year’ in 2018, has been a pre-eminent advocate for press freedom in the Philippines, in the face of increasing attack.

The current case concerns an article published by the online platform Rappler, set up by Ressa in 2012. Rappler has been a key locus for independent reporting, exposing the mass murder of tens of thousands of Filipinos under Duterte’s ‘extrajudicial killing’ programme for suspected drug dealers, as well as endemic corruption in the Government.

This week’s ruling has drawn worldwide attention and condemnation from rights groups and media watchdogs as well as from local and international politicians. The Consortium on Democracy and Disinformation slammed the conviction as “unjust, uncomprehending, and unconstitutional”.

The case hinged on a cyber crime law brought in months after the publication of the story. The piece concerned allegations of corrupt links between a businessman and a top judge. The defence argued that the law could not be applied retrospectively. However, because the misspelling of one word was corrected on the site in 2014, the prosecution alleged that this amounted to a subsequent republishing.

What you’re seeing is death by a thousand cuts – not just press freedom, but of democracy.

Speaking on behalf of the international legal team acting for Ressa, Amal Clooney said: “A court in the Philippines became complicit in a sinister action to silence a journalist for exposing corruption and abuse. This conviction is an affront to the rule of law, a stark warning to the press, and a blow to democracy in the Philippines.”

The International Centre for Journalism, a Washington-based non-profit organisation, stated: “For the Philippines in particular, this is a devastating blow to a country once known for a vibrant and free press.”

The case is only one of a number of lawsuits stacked up against Ressa in a tactic she has termed “prior restraint”. Used frequently against women journalists – Maltese journalist Daphne Caruana Galizia was facing 48 lawsuits at the time of her car bomb assassination in 2017 – the outcome for Ressa could mean decades in jail.

It is a chilling message to journalists and broadcast organisations in a country where at least 16 journalists have been killed since Duterte came to power. Following on swiftly from Duterte’s forced closure of the biggest broadcast network in the Philippines, ABS-CBN, the move precedes a controversial anti-terrorism bill expected to be signed into law in the coming days.

Journalists warn that this bill could be abused to target the President’s detractors, as the Government could simply detain any critics without charge. The introduction of this bill is one of a raft of measures pushed through under the auspices of the Coronavirus pandemic to expand Duterte’s executive powers.

Writing in The Economist in April, Michael Houtz noted that “rulers everywhere have realised that now is the perfect time to do outrageous things, safe in the knowledge that the rest of the world will barely notice”.

Accelerating the game plans of autocrats – from Hungary to Turkey, China, Russia, Brazil and the United States – moves are being made to further dismantle liberal democracy. In the building of ‘illiberalism’, a primary target is the independent press. 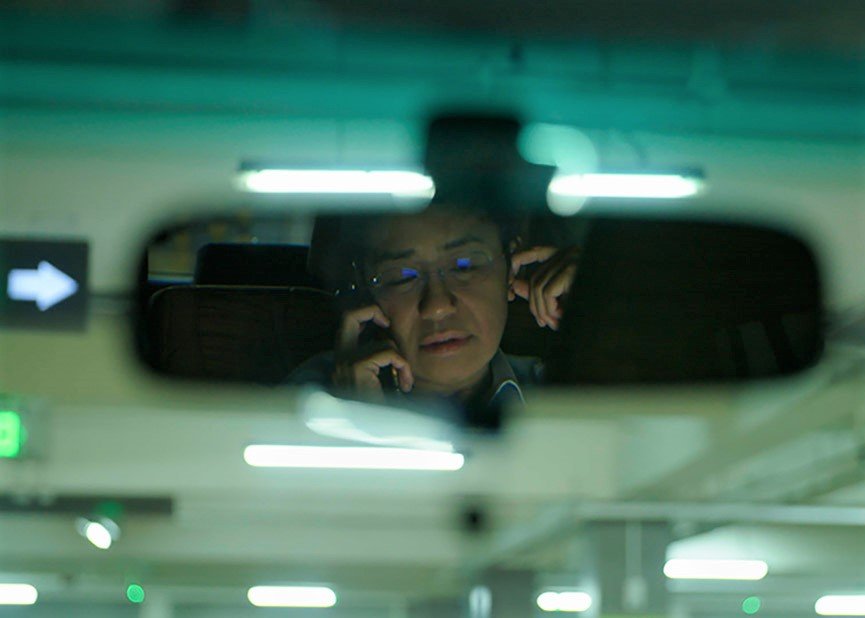 Journalism Under Threat‘In the Battle for Truth,You have to Say Who Lies’

“Wannabe strongmen are grabbing coercive tools they have always coveted” under the galvanising call to protect public health, Houtz observes.

In China and Russia, for instance, new surveillance technology is being deployed to track practically everyone.

In Jordan, Oman, Yeman and the United Arab Emirates, print newspapers have been banned, using the claim that they might transmit the Coronavirus.

In Turkey, at least eight journalists have been arrested on charges of “spreading disinformation”. Hundreds of others have been investigated for critical posts on social media and, as prisons are emptied to stall contagion within appalling conditions, only political prisoners are retained – many of them journalists.

In India, right-wing media outlets are “painting Muslims as a biohazard”, according to Mitali Saran of the Deccan Herald, as a handy way to fire-up Hindu nationalist voters and detract from the Government’s own incompetence in tackling COVID-19.

Back in the Philippines, the country’s Congress granted President Duterte temporary sweeping powers to manage the outbreak of the virus – including access to billions of Government funds, as well as the authority to control supplies and public utilities.

Turning to the men in uniform, Duterte has given the army prime responsibility for fighting the Coronavirus, publicly urging the security forces to shoot troublemakers dead.

“I think what you’re seeing”, Ressa told BBC News shortly after her conviction, “is death by a thousand cuts – not just press freedom, but of democracy.”

The National Union of Journalists of the Philippines has characterised the cases against Ressa as an act of “persecution” by a “bully Government”.

In December 2019, the US Senate also criticised the cases, holding that they were “widely viewed by human rights observers and a number of governments as part of a pattern of ‘weaponising the rule of law’ to repress independent media”.

Clooney has called on the US to take action to protect Ressa, who holds both Philippine and American citizenship.

As CEO of Rappler, Maria Ressa has vowed to fight on.