Like countless others this week, I find myself thinking of James Baldwin, and an old song that he quoted in a famous collection of his essays. That song, referring to the time in the Old Testament when the Earth was flooded as divine punishment, bore the following warning:

God gave Noah the rainbow sign, no more water, the fire next time.

As we look at the United States, at a map where all 50 states are united in protest against the murder of yet another black person by a police officer, we see that this time we have the fire: that the tears of grief have been replaced by the flames of rage.

Some will argue that, in order to achieve a broader political goal, all this burning is unproductive, but in one sense they will be missing the point. For a long time, black people were only tolerated in the United States for so long as they were quite literally productive: for as long as they filled a basket with cotton, or chopped a pile of wood, or laid yet another section of track. In a country where black people were bought and sold for their ability to turn their efforts into end results, it might be said that there is something poetic and even political about rage for its own sake. If someone has a nail driven through their foot, it seems perverse to tell them that their scream was inappropriately loud.

Of course, there has long been plenty of thought about how to make wider and positive change, and that thought has crossed borders. In these past few days we have seen the globalisation of protest against police brutality, with massive gatherings in Amsterdam and Paris.

In Berlin, I witnessed a smaller but no less passionate throng in Berlin, led by a speech of magnificent anger by the artist and researcher Diana Arce. Arce, like many other black people in the crowd, was fed up with compromise, with gently walking white people through the stages of ending racial oppression. For her, it was no longer simply good enough for white people to attend these vigils, and then congratulate themselves for having joined the throng. It was now time for them to make the necessary and painstaking efforts in their own homes and communities.

He had perhaps seen me as some kind of Catholic priest for whom he sought forgiveness for not speaking out against bigotry.

There are some who might say that it is ineffective to call white people out for their refusal to engage with racism, that it is important to bring people gently along. Those people should note that, several years ago, James Baldwin called them out too. “People who shut their eyes to reality simply invite their own destruction”, he wrote, “and anyone who insists on remaining in a state of innocence long after that innocence is dead turns himself into a monster.”

If there are white people who, having watched the slow-motion murder of George Floyd, still need further evidence that there is something wrong with the criminal justice system’s treatment of black people, then those people are monsters. They may bristle at this definition, they may point at all the lovely and kind things they do in their personal lives, but that will be no excuse. Their apathy is the fuel for further horror, since it is precisely their embarrassed silence upon which these murderers rely.

The past few days have seen two forms of unity. The first is that of black people and non-black people around the world who care about us, who have been united by our fury at injustice. The second is by those people in Europe, mostly white, who have seen the video of George Floyd’s death and used it as a form of one-upmanship against the United States.

Their revulsion at Floyd’s murder has quickly turned not to compassion but to relief: they have comforted themselves that they are not as base or hateful as those Yanks, that these atrocities could not happen in their countries. These people are united by denial. Simone Zeefuik, the Dutch writer and cultural programmer, recently took to Twitter and observed: “France, Denmark, Belgium, Germany, the Netherlands… My [timeline] is filled [with] people from various Afrodiasporic communities in Europe who are (re)tweeting a similar message: ‘The media here gags at racism in the US while failing to address the racism in the country where we live’.”

Among these white people, the murder of George Floyd has not been used as a moment for introspection but as a sort of wine tasting of white supremacy, where Europeans take a sip of vintage American racism and proudly declare that it tastes much more sour than theirs. I sometimes feel that, instead of asking black people how they feel about yet another gruesome death of a black person at police hands, the media should go up to random white people in the street and demand: “Yet another death due to police brutality. How does this make you feel? What can you as white people do to stop it?” After all, black people are constantly and collectively expected to be accountable for our trauma, to relate it as eloquently and concisely as we can for white people to digest – a little like the maid who chews the food so it is soft enough for the baby.

A couple of days ago, I did an interview for a German media outlet where I chewed the food. I spoke for three minutes about a subject so emotionally exhausting that I turned aside my next three commissions, which as a freelancer during a pandemic might seem like financial folly but which was also a supreme act of spiritual self-preservation. Immediately following the interview, still shivering from the intensity of all the pain and the rage that I had to distil, I wrote a quick account of how I felt, because I thought: people need to know what this is like. They need to know the cost of speaking out. As Baldwin wrote, you have to make them see it. I hope that, reading this article, people will begin to see it.

But I do wonder: how much more do people need to see? Why was it necessary for me to go on television and give further context to a man being casually choked to death by a policeman’s knee? Why was it necessary for me to go on there and become so nervous I had not done the interview justice that I could not bring myself to watch it for almost two days? Why, for those two days, did I have to carry the burden of shame that I may have let down the black community, only feeling redeemed by the fact that an activist I greatly admire then shared my interview on social media? Why did I have the pressure of explaining oppression? Why, in order to make more white people care, do we black people have to make our deaths sound poetic?

I urge every white person reading this article not to be someone for whom black people have to chew the food. I urge them not to look at the protests sweeping across many problems, and maintain that there is not a problem here. I urge them not to be those who point at injustice and then stand by.

A few months ago, I got into conversation with one of the locals here in Berlin. He told me that he often went to the countryside and, on one occasion, he went to the lake and found three young men, each of whom – as it turned out – were passionately enthusiastic about the work of a neo-Nazi band. As he told me the story, assuring me that – aside from that – they had been very pleasant, my stomach began to implode as it dawned on me that he had not said anything critical. Embarrassed, he swiftly moved the subject on.

Over the coming days, I thought more and more about what this local had done.

First, he had told me about a gorgeous, picturesque place he had been on holiday. He then informed me that it was not only frequented by some of the people who view me with an existential level of hatred but that, to give himself an easier life, he had said nothing and done nothing about people whose views he despised, nothing at all. He had, in effect, become the marketing arm for these right-wing extremists – their message being that black people were not welcome in that beautiful part of the world, and even the good people would not put in a good word on their behalf. 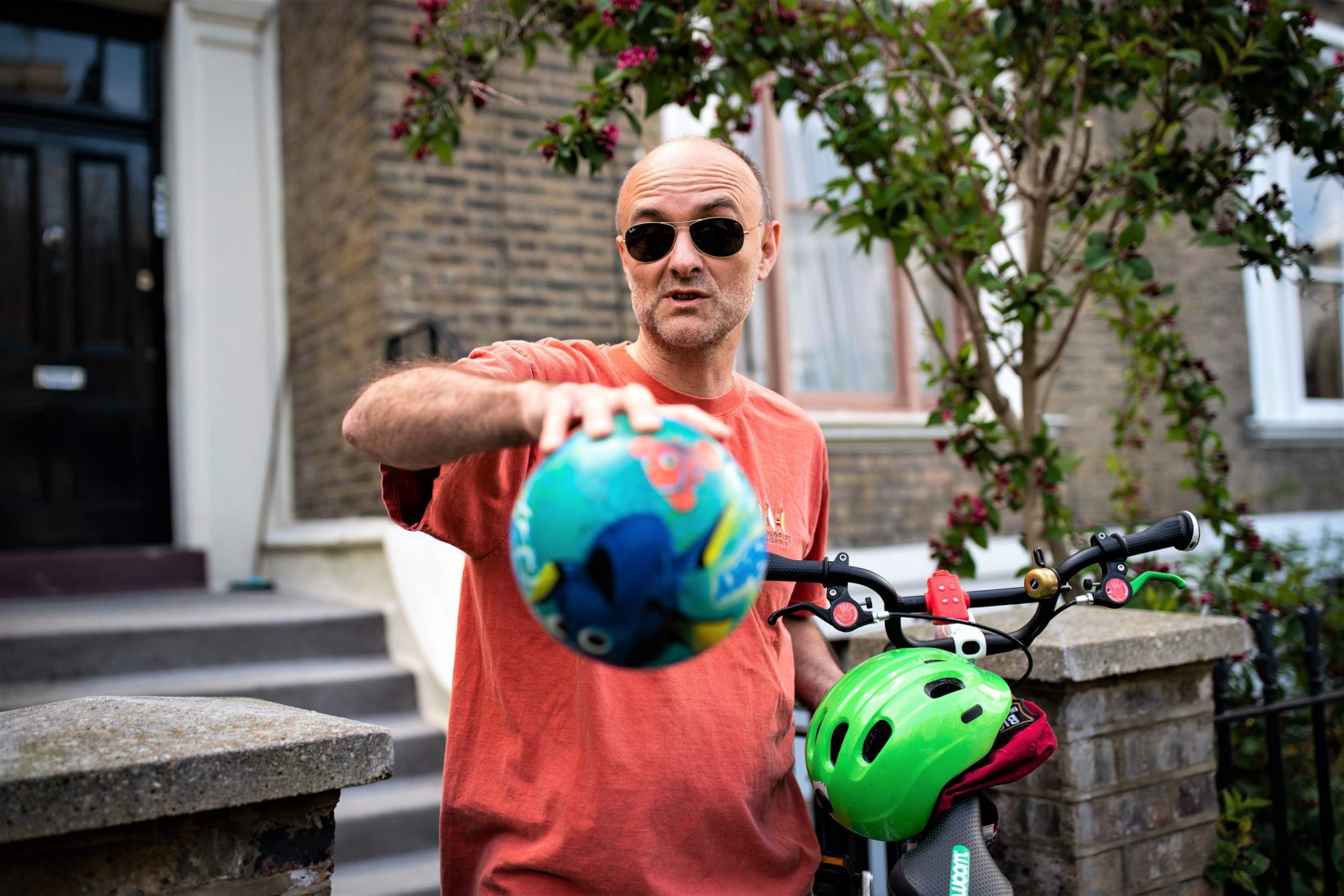 Boris Johnson Treats the UK As His Own Private Urinal

In racial terms, he had perhaps seen me as some kind of Catholic priest for whom he sought forgiveness for not speaking out against bigotry, his confession tumbling from his tongue at the speed of white guilt.

And a couple of days after that, I felt calmer. I thought: you know what, maybe I am being harsh on him, maybe he was terrified too. Maybe he was scared to voice any kind of challenge. Maybe he was too worried even to say, ah, that music scene is not really for me.

Yet, at the same time, maybe it is this silence – repeated millions of times by white people with quietly fearful hearts – why millions of Jews looked around one day and thought: how can this be? We have given so much to this continent, we have done everything they asked us to, we have lived and loved and laughed and danced and integrated, and still no one is coming to save us.

And so my last request is this. If you are someone who, when your voice is most needed, remains committed to that silence; if you are someone who, even after seeing what was done to George Floyd, still shrinks into their chair when they hear any hint of a racist rant from a friend, relative or stranger; then don’t keep telling me and other black people that you are utterly unprepared to resist the terror which we most likely know is already there. Don’t tell me there are Nazis by the lake.