All our phrasing – race relations, racial chasm, racial justice, racial profiling, white privilege, even white supremacy – serves to obscure that racism is a visceral experience, that it dislodges brains, blocks airways, rips muscle, extracts organs, cracks bones, breaks teeth. You must never look away from this.

Ta-Nehisi Coates, ‘Between the World and Me‘

“They died like true men, at their posts, in the quiet performance of their duty, as little allured by the prospects of reward as they were deterred by the fear of danger.” This is how the Glasgow Herald described the deaths of five young doctors in Greenock during the typhus epidemic of 1864-65. Plus ça change.

During this pandemic, we have become numb to the daily onslaught of deaths. The Government has performed mental gymnastics at daily briefings. All the while, doctors, nurses and care workers have died, many of them passing away at their own place of work.

There is an obvious disconnect between this Government and its scientific advisors, but there is also an emotional chasm between our leaders and our frontline healthcare workers.

Those of us on the frontline have experienced the trauma, grief and suffering of our patients. We have tried to ease it. The reality of this grief has not been reflected in the Government’s triumphant takes on testing or maddening insistence that we threw a ‘protective ring’ around care homes. According to the Government’s own statistics, 40% of care homes have suffered from outbreaks of the Coronavirus. 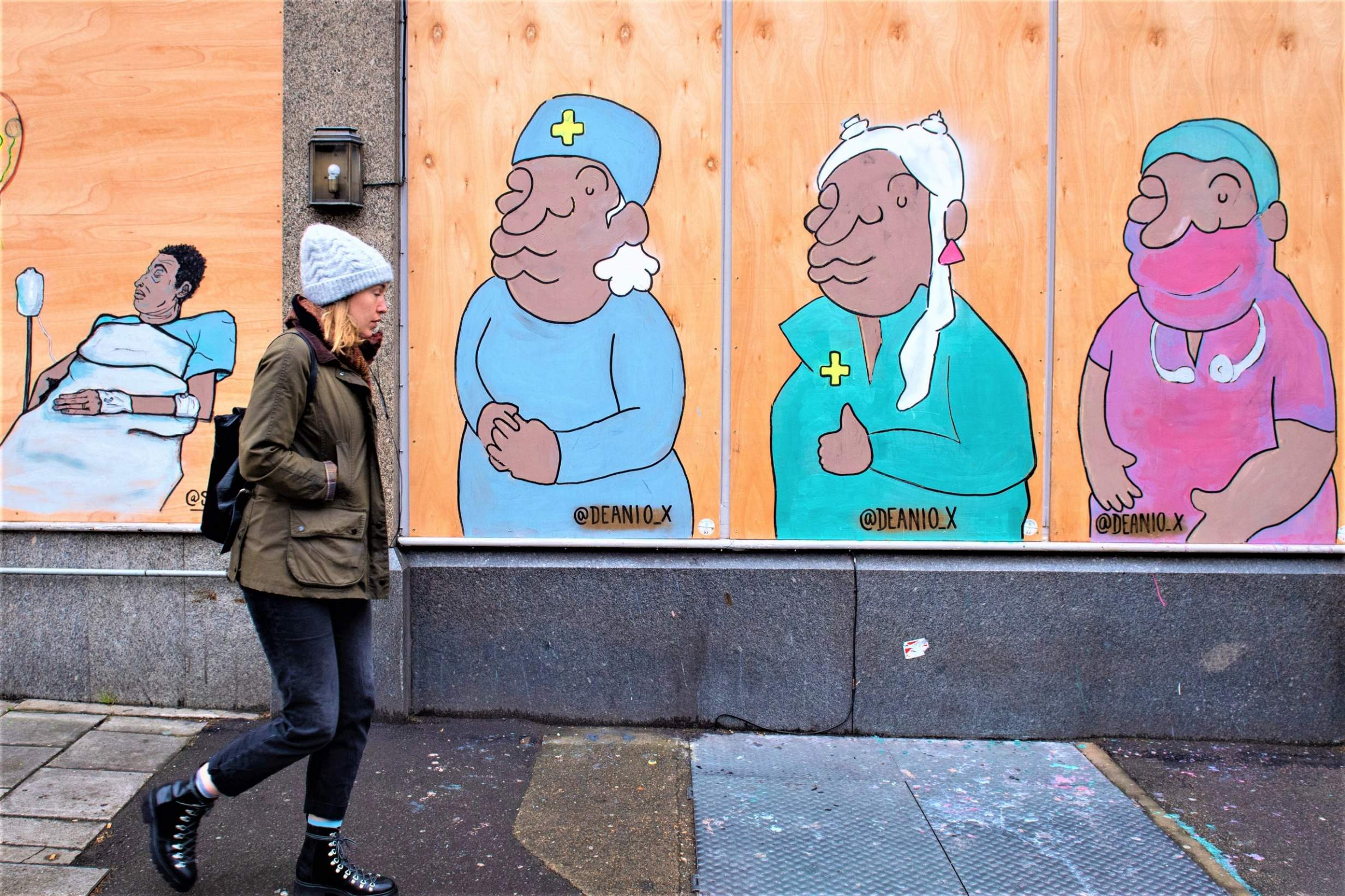 BAME COVID-19 DEATHS: The Coronavirus Might Not Discriminate – But Societies Do

We started raising concerns, but were batted away by the Government. As our colleagues fell ill and died, we were told that there were no shortages of personal protective equipment, and that we needed to have an “adult conversation about PPE”. As doctors, our humanity was disregarded.

The question that we want to ask Health and Social Care Secretary Matt Hancock is simple: how many dead healthcare workers is an acceptable number to you?

The government’s failure to protect healthcare workers has not just been an abject failure, but one that should be viewed in history books as negligence. We want future ministers to look back on this Government and ask how they ever allowed our protectors to go unprotected.

Many theories have circulated regarding why healthcare workers have died. It is telling that none of the deceased staff are from ITU wards – the places with the most complete levels of PPE.

Families of dead doctors and nurses trusted the Government to protect them. A growing frustration surrounding a lack of transparency has not helped to quell tensions, particularly with regards to black and ethnic minority healthcare workers.

Publication of a Public Health England report into the risk factors associated with COVID-19 – including the role of ethnicity – was apparently delayed because the Government was worried about stoking racial tensions. Worse still, there were no recommendations offered and it has been suggested that Hancock’s team censored part of the document.

If the Government does not want to stoke racial tensions, it should not withhold a report into racial disparity under the guise of not wanting to stoke racial tensions. By apparently doing so, it implied that an entire community does not have the collective emotional intelligence to handle its outcomes. It is a perfect snapshot of Martin Luther King Jr’s famous words on the “white moderate who paternalistically feels he can set the timetable for another man’s freedom”.

While 20% of the NHS workforce is BAME, just 7% of NHS leaders are from BAME backgrounds. Meanwhile, more than 50% of healthcare workers who have died with the Coronavirus are from BAME backgrounds. A black man is four times more likely than a white man to die with the virus. During this pandemic, more Filipino healthcare workers have died with the Coronavirus in the UK than in the Phillipines 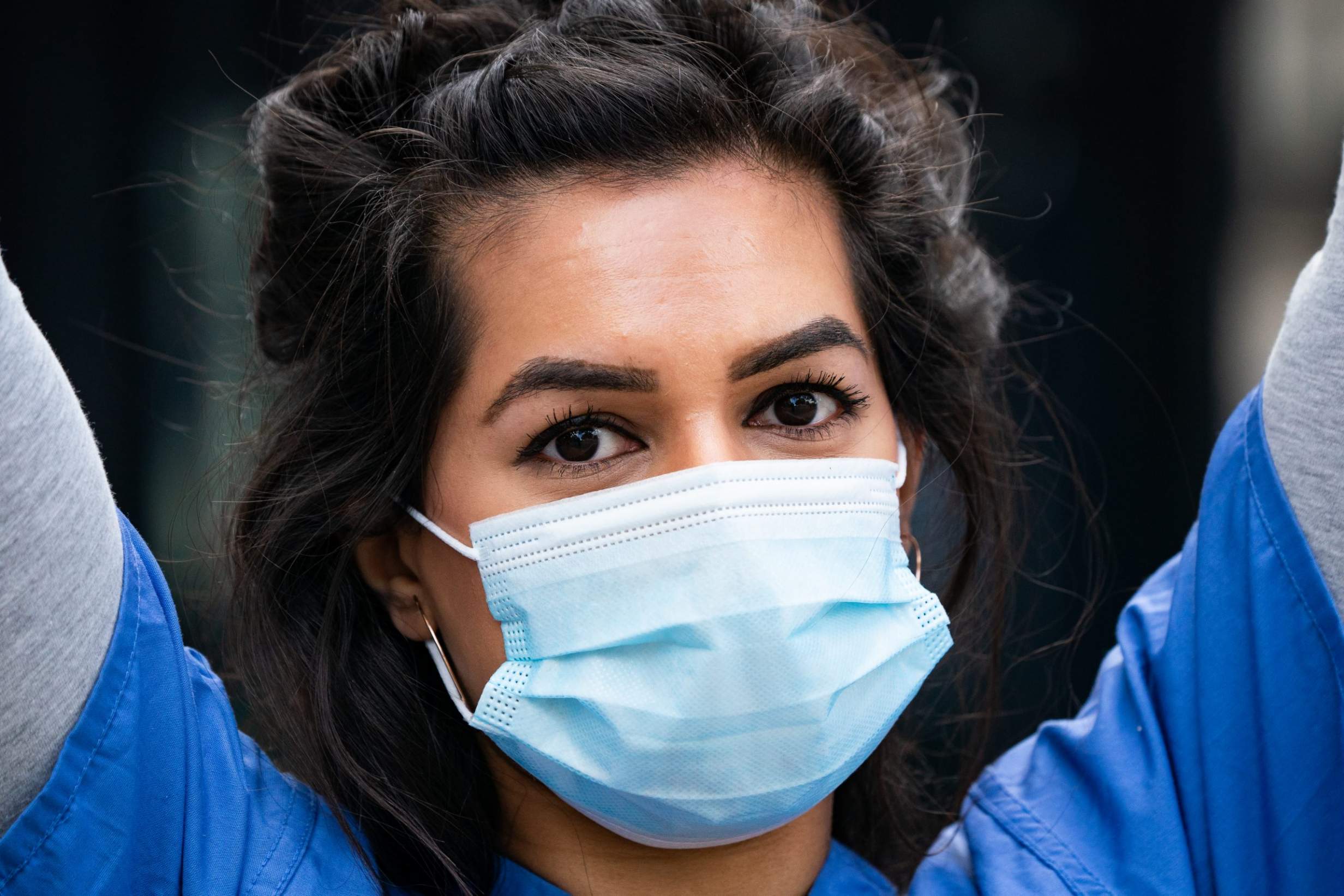 Matt Hancock told Parliament that being part of an ethnic minority group is a “major risk factor” for the Coronavirus. Imagine how dehumanisng it feels to be told that your very being is a “risk factor”. We inquire politely about the wellbeing of BAME healthcare workers, but the reality is that we are fooling ourselves if we expect results from a Government that watched 72 mostly BAME men, women and children burn alive in the Grenfell Tower, with some of its members then shaming the victims. Meanwhile, the ‘Hostile Environment’ was determined to usher the Windrush Generation out of this country. The Prime Minister was elected in spite of referring to Muslim women wearing a face covering as ‘letterboxes’ and writing about ‘piccaninnies’ and ‘watermelon smiles’.

As doctors, our empathy is everything. We listen to our patients, we hold their hands. We reflect, learn and we are encouraged to show candour when things do go wrong. We absorb their suffering and hope to be there in their time of need. We do this in the hope that our patients, their families and, ultimately, our societies will become happier and healthier. Politicians see us as numbers. We see the humanity, we witness the tragedies.

This is why we have taken the drastic step of protesting during lockdown. It was not something we wanted to do or ever considered before. But having observed the death of pregnant nurse Mary Agyapong, we were spurred into public action.

First, there was a solo protest outside Downing Street to raise awareness about the lack of guidance for pregnant healthcare workers. Last week, a group of doctors returned to Downing Street to mark the end of ‘Clap for Carers‘ and make clear to the Government that its applause or platitudes would not be accepted. We are now preparing for judicial review as a last resort.

To be silent is to be complicit. It is not ‘political’ to call out racism.

We know that in the UK, black mothers are five times more likely than white mothers to die during childbirth. Yet, our institutions continue to avoid addressing the elephant in the room.

in his landmark inquiry into the death of Stephen Lawrence, Sir William Macpherson described institutional racism as “the collective failure of an organisation to provide an appropriate and professional service to people because of their colour, culture, or ethnic origin. It can be detected in processes, attitudes or behaviour which amount to discrimination through unwitting prejudice, ignorance, thoughtlessness and racist stereotyping which disadvantages minority ethnic people”.

Is the NHS institutionally racist? Consider that we have to pose the question at all and you probably have your answer.

The Government can continue to pay lip service to the BAME community, but progress will not be made while the virus of institutional racism is still pervasive.

Is Racism in the Medical Profession Contributing to High BAME Staff Deaths from COVID-19?

While BAME patients, doctors and nurses all search for answers, the burden must lie with the institutions themselves to look within and to interrogate their existing processes. But, while naked racism drips down from the top of society and existing power structures are built for inertia, the victims of systemic discrimination will forever be left to grope aimlessly for transformation.

For many of the victims, any change will come too late.

Our message to leaders of British institutions and politicians is clear: we have spoken up because you chose to remain silent. There are lives at risk. Take responsibility.