Stephen Colegrave investigates the huge gulf between Britain and many other countries in the number of health worker COVID-19 fatalities.

19/05/20: An Update from Medscape now shows health worker deaths in the UK at 121 exceeding Italy’s of 120. This article contains updated international comparisons showing how bad the UK figures really are.

The media is awash with graphs looking at COVID-19 deaths by country and the general consensus is that the UK is heading for the highest death toll in Europe as we are at least two weeks behind Italy. But so far there haven’t been comparisons of health worker deaths by country.

Byline Times has partnered with Nursing Notes to report weekly on the tragic deaths of both Health and Care workers in the UK. Today the total who have sadly lost their lives helping COVID-19 patients and care home residents has risen to 220.

But how does this compare with other countries?

The only consolidated worldwide source of data about health workers seems to be Medscape. This only tracks deaths of health workers and not care workers but it provides a useful comparison to the relative number of deaths by country. It records the UK health workers deaths at 121 on 18 May 2020 but this does not include care workers. It is a rich data source with the names, job title and place of work and its results very revealing.

At 121, the UK has the highest health worker deaths in Europe, closely followed by Italy. The UK is probably two weeks behind the curve of Italy. As it has a smaller population Italy has a higher number of deaths per million population, but the UK is on track to be even worse.

When more countries are compared, the results are much less expected. Why did Spain with only slightly smaller fewer COVID-19 deaths only have 29 health worker deaths? How did Spain protect their healthcare workers better? Further analysis showed even greater discrepancies and showed that this was not just a blip.

Apart from Italy, the UK is an outlier in the number of health worker fatalities, both across Europe and compared to the US.

France has only about 20% fewer general population COVID-19 related fatalities UK and a similar size population. But according to Medscape has only 23 health worker deaths compared with 121 in the UK. Something significant is going with this fourfold discrepancy. Why did health workers in Italy and the UK pay such a higher price than in Spain and France. In New Zealand, Denmark, Switzerland and Norway, no deaths were recorded. It is worth noting that the German Government website records 19 health worker deaths in health settings versus the single health worker death recorded here. 19 deaths would still be very low versus the UK and Italy and per million population.

The US has the highest number of recorded deaths at 197 according to Medscape, but when the size of the US population is taken into account it is behind Spain and deaths relative to population UK healthcare workers are nearly three times the amount. In Australia, the Government records that 481 healthcare workers have become infected with the virus according to its official website with no fatalities but Medscape did pick up one death

Why did health workers in Italy and the UK pay such a higher price than in Spain and France, or indeed Germany where only one death was recorded.

These discrepancies of health workers deaths are very worrying and even more marked than the general population deaths: until now comparisons don’t appear to have been done.  How did some countries look after their health workers better and others let them down so badly?

We all remember the image of the nurses in Northwick Park Hospital that had to make their own personal protective equipment (PPE) out of bin liners? A few weeks later they were tested positive for the novel Coronavirus according to the Daily Mirror. For the last six weeks, there have been daily reports of shortages of PPE are occurring right across the country. Surely this has had an impact on deaths? But are there other factors? Public Health England guidance seems to have been driven by availability rather than international best practice and often fell short of WHO guidelines. Also, what was the impact of delayed testing and fewer ICU beds and equipment?

The poor performance of the UK versus the rest of the world belies the Government’s assertion that it has looked after health workers and protected them. Only a properly run public inquiry will get to the bottom of these tragic statistics, each one of which represents a dedicated individual who gave their life often unnecessarily for us.

The Pandemic Middle Class: The Unequal Impact of Test and Trace 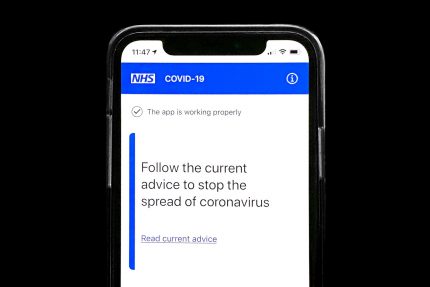 EXCLUSIVE An Unequal Kingdom: 12 Graphs that Show How We Were Never ‘In This Together’

Jake Tacchi, 21 July 2021
The Byline Intelligence Team exposes the poverty and inequality that has burgeoned during 11 years of Conservative rule

Sian Norris, 20 July 2021
Mitie is the largest single provider of immigration detention services, has a Conservative peer on its board, and a history of poor service and provision for vulnerable migrants