The Government Must Stop
Ruining Our Health

Stephen Colegrave looks at how the Government should take responsibility for the widening health inequalities identified in Sir Michael Marmot’s new report and what it should do about it.

From 2003 to 2017, I ran a healthcare consultancy working closely with the NHS, Department of Health and right across public health and healthcare generally. During that time, the most inspiring and important piece of work I encountered was the research conducted by Sir Michael Marmot into the social determinants of health.

He realised that our health is the result of a range of factors – some neither we nor the Government can do anything about such as genetics, and other social determinants which can be addressed or alleviated, such as where we are born, grow up, live, work and age. It is these that lead to health inequalities.

Marmot’s groundbreaking report, The Marmot Review: Fair Society, Healthy Lives, examined the worrying levels of health inequalities in the UK and proposed an evidence-based strategy to address these and the social determinants of health that caused them.

Launched in February 2010 at the tail end of the last Labour Government, policy-makers and civil servants immediately took up the challenge and all sorts of initiatives were proposed in white and green papers. These included sure start centres, set up in the first Blair Government in 1999, having their funding increased to help parents of young children with parenting, money, employment and training advice. These were important because early years are the best time to make improvements.

But, just three months later, Labour lost the General Election and Marmot, who was seen as a Labour supporter, had his report sidelined by David Cameron’s Coalition Government. Since then, health inequalities have hardly been mentioned in policy documents. 500 sure start centres have been closed and funding reduced for the rest.

It is no surprise that Marmot’s new review, published today, Health Equity in England – The Marmot Review 10 Years On, has found that inequality has become much worse.

We knew that improvements in life expectancy had virtually come to a halt over the past decade but most people will have had no idea about how much worse those in poverty and in areas of poor social determinants are fairing in England today.

Most striking is the importance of where you live. Place matters.

“Living in a deprived area of the north-east is worse for your health than living in a similarly deprived area in London,” Dr Jennifer Dixon, chief executive of the Health Foundation, which commissioned the report, said. “To the extent that life expectancy is nearly five years less.”

The report shows that widening health inequalities for people in the poorest parts and sections of the country are suffering from a decrease in the proportion of their lives when they will be in good health. Women in poverty are experiencing declining life expectancy in particular.

In the foreward to his new report, Marmot does not mince his words.

“England is faltering. From the beginning of the 20th Century, England experienced continuous improvements in life expectancy but, from 2011, these improvements slowed dramatically, almost grinding to a halt. For part of the decade 2010-2020, life expectancy actually fell in the most deprived communities outside London for women and in some regions for men. For men and women everywhere, the time spent in poor health is increasing.”

Thatcher’s Household Fallacy Led to Austerity and Killed Thousands – What was the Point of it?

The report notes that “if health has stopped improving it is a sign that society has stopped improving”, and this has to be an indictment on the Conservative Governments over the past decade and their neglect of the health of large parts of the population – many of whom have recently voted them into power for five more years.

In publicising his review, Marmot has said that “austerity was highly likely to be the cause of this” and, whilst the report cannot prove a definitive link between austerity and widening health inequalities, he is certain that “austerity will cast a long shadow over the lives of the children born and growing up under its effects”.

The findings and data in the report are damning of the inaction and lack of care for the poorest parts of our society and country for a decade. Marmot firmly states that “the damage to the nation’s health need not have happened”.

Austerity is likely to have been responsible for thousands of premature deaths. In 2017, the Royal Society of Medicine stated that austerity measures were likely to have been responsible for 30,000 deaths in England and Wales in just one year, 2015. That same year, researchers at UCL estimated that there had been 150,000 premature deaths due to austerity between 2015 and 2020. The New Economics Foundation estimated that the UK economy was up to £100 billion smaller from following a policy of austerity and that this encouraged the Government to continue cutting services.

This is not just a tragedy, it is an outrage. Throughout the last decade, successive governments have ruined our health. Universal access to the NHS is an amazing asset for all of us, but it is not enough to keep us healthy unless we can improve the place where we live and all the other social determinants of health.

Saving the NHS from an American trading deal is not the most important issue ahead, when we have allowed and voted for governments to do this to our health.

The Department of Health, the NHS, Public Health England, local government and community, social and care service leaders have allowed this to happen or at least been ineffectual in preventing it.

In 2013, Public Health England (PHE) set up ‘Longer Lives’, a website showing the variation in early death rates by area and by different causes. It has some very telling statistics. For example, deaths of women under the age of 75 in England are ranked at 15 out of 17 European countries. The website is still updated, but there is little evidence that the Government has ever used the data to change or inform policy.

The NHS website has useful advice for organisations about health inequalities provided by PHE, but there is little evidence that either the NHS or PHE have managed to lobby the Government to do anything about the issue or raised the role of austerity.

The Cost of Staying Alive

There are some positive signs that the NHS has committed itself to a population health approach that might go some way towards addressing a wider set of determinants – but it is 10 years too late.

The NHS has been starved of investment and government ministers, health executives and civil servants are all complicit in not alerting the public about this or pressuring the Government.

“Since 2010 in England, national political leadership on reducing inequalities in health and the social determinants has been weak,” the report states. “It needs to be strengthened urgently. At this stage, and with abundant evidence and experience about what to do and how to do it, PHE, NHS England and the Department for Health and Social Care have significant opportunities to further lead and influence action on the social determinants and become world leaders in this area.”

To a family living on a low income in the north-east, another NHS five-year plan is irrelevant, but a life expectancy five years shorter than if they lived in London definitely matters.

Trains and Nurses Not the Answer

The Government should take the health of all its citizens seriously. It has the levers and resources to do something about health inequalities and declining health and life expectancy outcomes. It is important that it realises that it has lost a decade to make improvements and that to catch up, it needs to make significant and real progress.

No amount of spending on HS2 and northern infrastructure or even nurses and hospitals is going to make any difference to improving the social determinants of health.

The one disappointment of the report is that its recommendations are too theoretical and trusting. “Our main recommendation is to the Prime Minister: to initiate an ambitious and world-leading health inequalities strategy and lead a Cabinet-level cross-departmental committee charged with its development and implementation,” it states. “We suggest that the new strategy is highly visible to the public and that clear targets are set.”

If anything has been learnt from the fate of the 2010 Marmot review, it is that without political will, nothing will happen.

The Government needs to be held to account and public action and protest used to pressure it into action. Why haven’t there been mass street protests about the thousands of people who died prematurely through austerity measures in the past decade? Why is nobody protesting about people in the north-east living nearly five years less than people in equivalent circumstances in London?

To stop another decade of lives being needlessly wasted, an independent annual review must be established to hold the Government accountable. It needs to review actions, spend, as well as outcomes to track inequalities and health outcomes and benchmark against the top-performing countries.

We need to develop indexes such as GDP that clearly track our health and health inequalities so that everyone can understand them and vote with this information at hand. Patient groups, health activists and everyone else who cares about health should lobby and protest if this index doesn’t improve.

This will be successful when governments take the health budget as seriously as the financial budget; when we see the Health Secretary waving a briefcase at reporters as she leaves her house to present the Health Incomes and Inequalities budget to a packed House of Commons. Until then, our health leaders and everyone else needs to hold the Government to account so we don’t wake up again in another 10 years’ time and realise we have wasted another decade.

The Poverty Business Impoverishes Us All

Democracy in the UK – How Worried Should We Be? 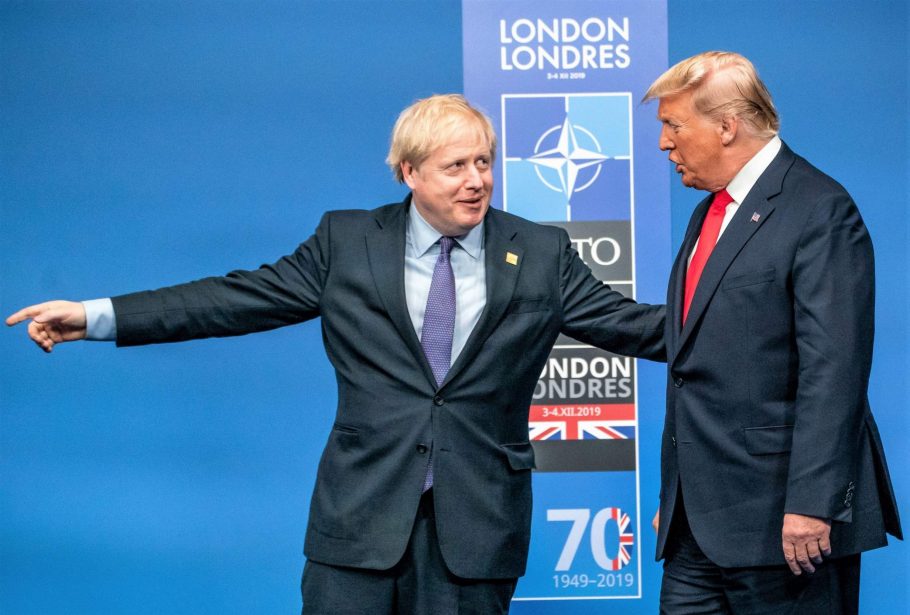 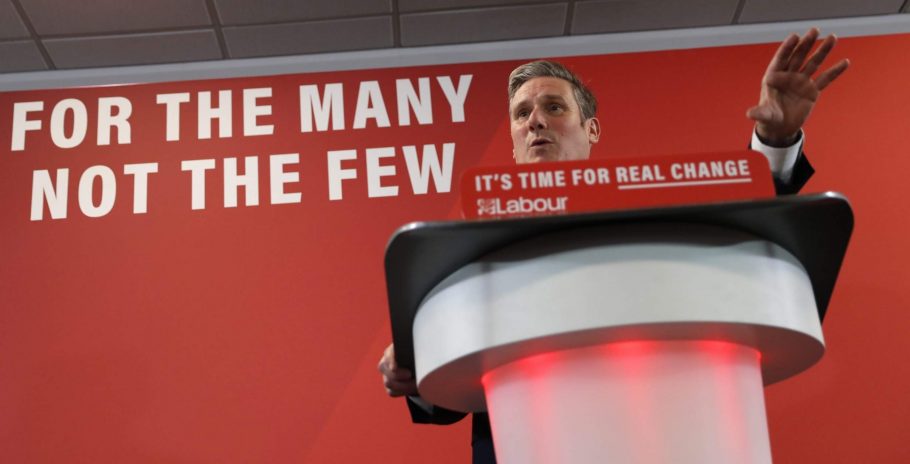 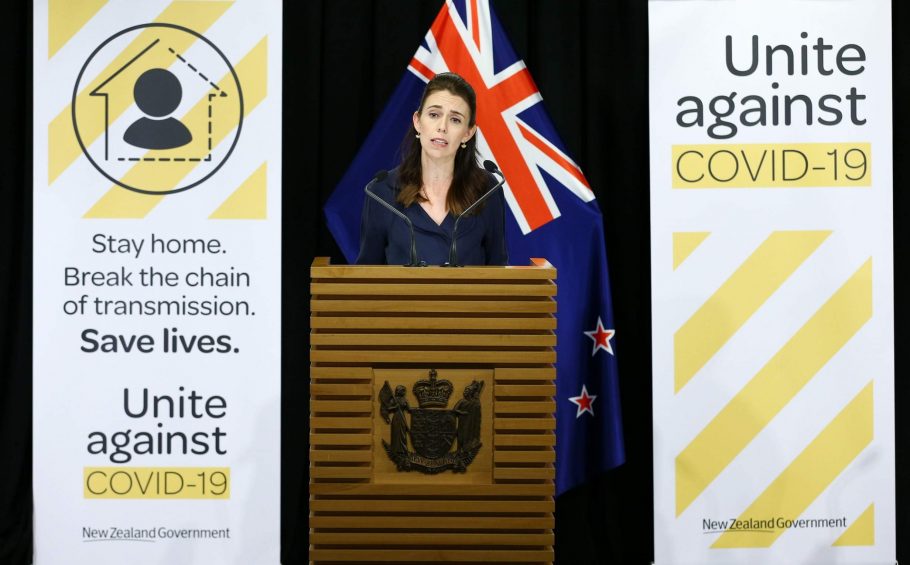 The Coronavirus Crisis: Disinformation Rings True As Our Pandemic of Untruth Continues

Musa Okwonga, 7 April 2020
Musa Okwonga explores why conspiracy theories are finding such an audience and what this exposes about the worrying state of our democracy and the social contract.
Filed under:
Argument Culture CORONAVIRUS CRISIS Democracy in Danger Coronavirus Democracy Health Media Public Health Society and Welfare Sociology Tech, Data and Algorithms UK Politics