The Day I discoveredMy Ancestor was a Slave Owner

My family is proud of its history. As a child, my two maiden great aunts mixed up the centuries as they told stories of generations of family history in the fading glory of their dilapidated farmhouse, with photographs and painted miniatures of self-important ancestors.

Bent nearly double with arthritis of indeterminate age, Aunt Rosalind, the indoor great aunt, looked after a motley crew of elderly gentleman boarders and Aunt Muriel, the outside great aunt, expertly kept a small herd of cows, sheep and hens.

My great aunts never had much money. They sold eggs from the door and the elderly boarders gave them their pensions, but their family history gave them a place in society and a special status – at least in their own eyes. My aunts were formidable. They were presented to court as debutantes and were tutored by a governess in the 1890s, never going to school. Early in the Second World War, they decided it was too dangerous for my father to go to school so they home-tutored him with old primers – so well that he became a straight-A student and later easily achieved a PhD.

The house was filled with family treasures such as the cannonball that an ancestor brought back from the Battle of Naseby in the Civil War. The most treasured items were from our most famous ancestor, General Tryon, who fought with General Wolfe at Quebec and was the Colonial General of North Carolina and then New York. We had his gold hunter watch, his uniform, a dress his wife had been presented to court in, portraits and a bust. I found a silver dollar that was crudely created over a Spanish Piece of Eight of pirate fame in his uniform pocket and my aunt let me keep it. Throughout my childhood, it was my most precious possession and it is still in my desk drawer at home.

Searching for the Truth

It wasn’t until recently that I decided to look into General Tryon’s history more. My aunts are long dead and, since then, I have married Hilary and have three grown-up kids – Lucy, Rupert and Oliver. I am very proud that my wife is black and my children have a mixed heritage. Part of that heritage probably includes slavery as Hilary’s family originally comes from Jamaica.

In researching General Tryon, I wanted to find out how much my family benefited from slavery as it never featured in the family stories from my childhood. This was also prompted by my son Oliver who sent me University College London’s online resource to find ‘Legacies of British Slave-ownership’.

Some quick desktop research showed that hundreds of such seemingly innocuous stately homes such as Alton Towers were built on the back of slaves and the Government provided compensation for slave owners when it was abolished. Some establishments, like Harewood House, is still owned by descendants of the original families that were involved in the slave trade.

I vaguely remembered that the grandly-named Tryon Palace in North Carolina in the US – which was completed in 1770 for my ancestor William Tryon – was always trying to buy our Tryon treasures for its museum. My father always threatened to sell them bits and pieces of nondescript rubbish from attics that were from the right date, but I don’t know if he ever did. This was my starting point. If my ancestor owned slaves, it would have been when he was the Colonial General of North Carolina from 1765 -1771, before he became the Colonial General of New York until the rebels finally ousted him in 1780.

It would have been in the American South where slavery was embedded in all aspects of the economy and society where I would find any evidence.

The Real Tryon was a Brute

William Tryon was a soldier who had, very practically, married an heiress, Margaret Wake, who provided him with a huge dowry of £300,000 – well in excess of £15 million today.

The more I found out about him, the more I wished I wasn’t descended from him. In the War for Independence in New York, Tryon was terribly ruthless and his conduct was savage and brutal.

The historian Thomas B. Allen writes that “Tryon’s desolation warfare shocked many British officers and outraged Patriots”. He goes on to describe this horror: “It appears that no less than 23 (rapes) were committed in one neighbourhood in New Jersey; some of them on married women in the presence of their hapless husbands”. This is corroborated by other accounts of Tryon’s in other military campaigns.

And a Slaveowner and More…

What about slavery? I couldn’t find any estates in Carolina that he owned, so there were no large plantations. He was a soldier rather than a landowner, albeit a ruthless one.

But there were some. In the museum at Tryon Palace, there is a reference to him owning a man named Surry and purchasing a man named Tom, as well as paying taxes on eight black males in Brunswick county.

Indeed Surry was advertised in the North Carolina Gazette on 25 July 1777 as “formerly the Property of Governor Tryon and now belongs to the Estate of Isaac Edwards, deceased”.

Edwards was Tryon’s private secretary so, like any other possession, Surry had been passed on or sold at a knockdown price to Edwards, when Tryon got promoted to New York and then sold along with the rest of his property when he died.

So, there it is: my most celebrated ancestor was definitely a slave owner. I cannot escape the fact. The coin in my drawer has lost its lustre and all I want to do now is sell it and give the money to charity.

Of course, it wasn’t just the direct ownership of slaves that benefited my ancestors like many other wealthy buccaneers of the time. Tryon lived in splendour in Tryon Palace, which he had persuaded the state to spend £10,000 building, way over its original generous £5000 budget. This money was paid for by taxes, some directly paid on for owning slaves and much more from the taxes on their earnings from the cotton plantations that run on slavery.

Tryon proved particularly ruthless at collecting this tax as governor. Indeed, as Colonial General he was responsible for overseeing all aspects of government of one of the biggest slave economies the world had ever seen.

The guilt of my ancestor and me as his descendent is significant and cannot be whitewashed.

Part of dealing with my guilt is to write this article. I wish now that I could go back to my childhood and point out to my Great Aunts what sort of a man Tryon really was and that he owned and benefitted from slavery. I certainly want my existing family to know the real Tryon, not the family myth.

Tryon Palace was rebuilt in the 1950s using the original architectural plans drawn by John Hawks. This quickly became a tourist attraction, hence the appeals to my family for our artefacts.

In 1991, its curator Hilarie M Hicks decided to tackle the history of slavery and Tryon head-on. She researched his household slave Surry and created a drama around him, Away to Alamance, giving Surry a voice. The character of Surry told visitors about the horrors of slavery but in a very human and personal way that brought it to life in a far more powerful way. Perhaps the National Trust could learn something here.

I can never appreciate or imagine the pain, degradation and suffering that slaves in North Carolina went through, but now I know that this wasn’t something done by other people: it was done by my ancestor and it is all much closer to home than any of us think.

Blinding Exceptionalism: The Insidious Attacks on British Democracy Are No Less Dangerous than Trump’s America

Hardeep Matharu, 7 January 2021
Hardeep Matharu explores why the attacks on the rule of law and accountability by Boris Johnson and his Government are not interpreted to be as alarming for the UK as the more overt destruction being waged by Donald Trump in America 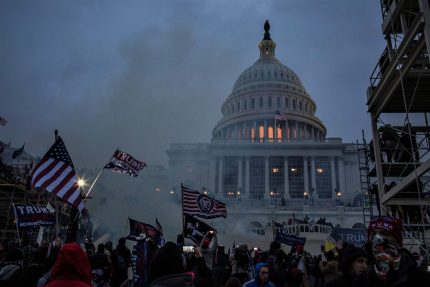 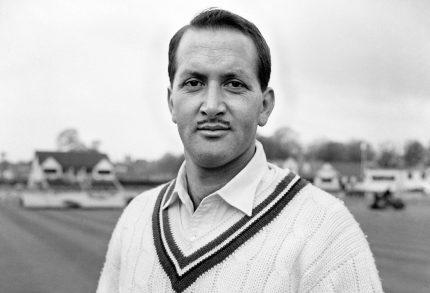