The Flags Are Out in Grimsby
For Fish and Football

As Britain leaves the EU on 31 January 2020, Stephen Colegrave reports on the patriotic fervour and local pride in Grimsby.

Yesterday, I went to a funeral in Grimsby on the eve of Brexit. At the station, I was picked up by a Polish taxi driver. As we drove through the suburbs, I noticed that there were Union Jack flags proudly flying on the manicured lawns.

Turning the corner past an industrial estate, there were even more flags. This wasn’t a civic initiative. The good quality flags were mainly in private gardens, flying on temporary flagpoles. But, in the 25 minutes journey to the crematorium, amongst the countless Union Jacks, there was only one St. George’s flag, representing England.

At the funeral, there was a tremendous sense of pride in the town. At the wake at Grimsby Town’s football club, I was keen to ask the locals for their views on Brexit and was struck by the positive words used to describe the future: freedom, independence, the opportunity to be in control of our destiny. Not for them the resignation of just ‘get it done’ – here was a sense of optimism, even if it was very brittle and thin.

People say that, in many areas, Brexit was an anti-London vote. But, everywhere we went with our London accents, people couldn’t have been friendlier. Nor did they want to get into a political argument. When asked about their support for Brexit, their responses were mingled with local pride – pride with being from Grimsby. They weren’t triumphalist like Brexiter politicians, but quietly optimistic that the future was going to be better without Europe.

The fishing industry is probably the most ‘Brexit’ of all industries and it was a notable feature of the Brexit and 2019 General Election campaign. Boris Johnson was pictured with fish in Grimsby; Nigel Farage loved being snapped by fishing boats and skirmishing on them on the Thames.

The more I probed, the more Grimsby seemed to be a metaphor for Brexit. In the 1950s, Grimsby was the largest fishing port in the world. Indeed, it was so important that the unofficial nickname for ‘Grimbarians’ is ‘codheads’.

It is not surprising that its residents see leaving the EU as a chance of a better future now that the fishing industry has all but gone – only a few crabbing boats remain. This might be why 70% of the surrounding north Lincolnshire area voted Leave in the 2016 EU Referendum.

This is My England, and Yours: Reclaiming Englishness

It wasn’t, however, the EU’s common fishery policy that destroyed Grimsby’s fishing. The Icelandic fish wars in the 1970s really killed off the cod industry, as did the British Government later selling off licences to foreign trawler fleets. This is not reflected in the Brexit story. In many ways, the legend about the destruction of the fishing industry is as much a myth as the Brexit image of Britain as a 1950s utopia.

For the people I met in Grimsby, the EU is the villain and Brexit the saviour.

In the bar at Grimsby Football Club, I found the locals had a gritty mix of local pride and a feeling that there had been a long-term decline in the local football club as well as the town’s fish.

Since the glory days of the 1940s, Grimsby Town had glimmers of success but, after a series of financial and management failures, had finished an inglorious seventeenth in League Two last season.

The Grimbarians weren’t naïve or over-optimistic but, to them, things couldn’t be any worse and Brexit might be the start of something better.

Nobody wanted to debate the future or wanted to convert me. They never mentioned immigration, but they were very interested in talking about anything except Brexit, even though some definitely had a flag in their garden.

As I took the taxi back to my hotel, I passed the Union Jacks again. There was not a single angry St. George’s flag in evidence and my concern was that Grimsby’s desire to recapture a better age of fish and football would end up destroying the very Union that these flags celebrated.

THE GREAT BRITISH BREAK-UP: Lessons and Warnings from Dublin and Belfast 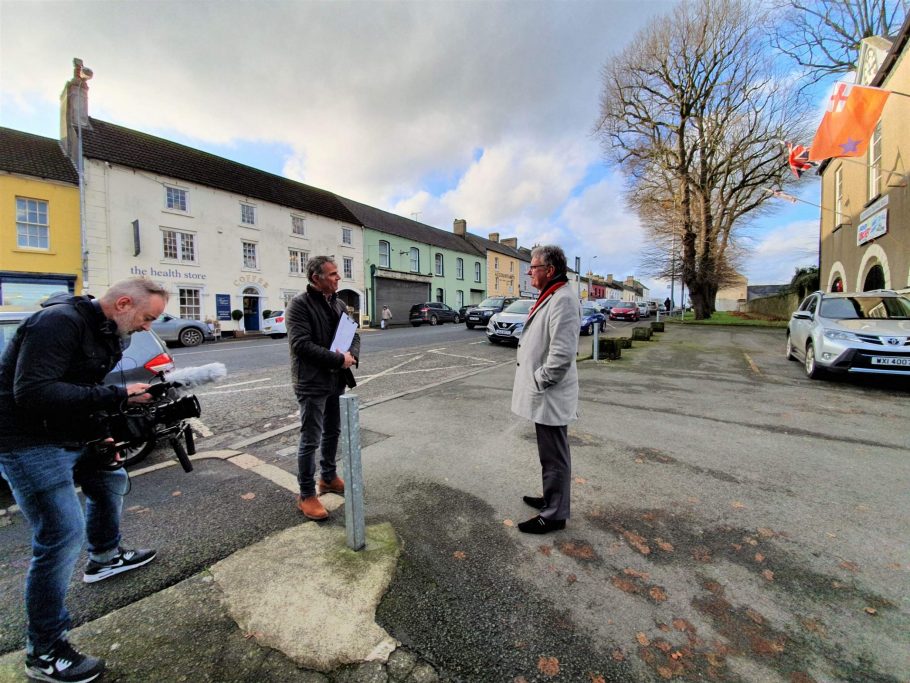 Federalism Can “Take Back Control” in a Way Brexit Can’t

‘Real Boot on the Throat Stuff’: Why the BBC is Facing the Fight of its Life

Steve Shaw, 18 February 2020
Steve Shaw reports on a new agreement under which Tibetans crossing into Nepal to escape China's oppression will be forced to return to the Communist country.
Filed under:
Reportage China Foreign Affairs Nepal Tibet

Walking in the Shoes of An Organised Crime Boss: How Government Policies Put a Spring in their Step