Bonnie Greer on what Prince Harry and Laurence Fox’s different approaches to the world in which we live tell us about privilege, race and hierarchy – and the distinction between the White Man and the white man.

The actor Laurence Fox’s latest performance, this time on BBC’s Question Time, reminded me of a joke told once by an African American comedian.

The Lone Ranger had a Native American sidekick, a kind of foil through whom we could see the essential goodness of this man riding through the West righting wrongs – including sometimes helping the people called “Indians”. His indigenous wing-man, called “Tonto”, addresses the Lone Ranger as “Kemosabe”, a term meant to imply friendship and endearment.

The joke goes: the Lone Ranger is surrounded by enraged indigenous people who are about to kill him and his friend. “What do we do?” the Lone Ranger cries to Tonto. “What do you mean, ‘we’, White Man?” Tonto replies.

The sheer silliness of Fox claiming that he was the victim of a racist assessment from a Question Time audience member is another example of the slow, but inexorable sinking of a Titanic that has been holed below the waterline for years.

We are now Living in ‘American Psycho’

I have had and still have the good fortune of being championed and mentored by and even sharing my life with a man of European descent. My best friend right now is a white man. But The White Man has never lasted long around me.

From breakfast telly to all day long and late at night, seven days a week, The White Man reigns and rules – but his days are numbered.

The first White Man President is facing a trial in the Senate of the United States for his removal from office. This, of course, will not actually happen because The White Man has taken over the Senate and the Republican Party. Trump is so sure of his position as head White Man that he has put on display the lawyers he likes on Fox News – The White Man station. These include Ken Starr, who investigated and secured the impeachment of Bill Clinton in 1999. Starr will be arguing the opposite of his position back then, but no matter. He is a White Man.

The White Man is in the Kremlin; he runs Brazil; is trying to run Italy; runs Austria and is running the UK. Boris Johnson and Laurence Fox represent the same poles here of The White Man: British Division. Subdivision: English.

Born into privilege, their accents and demeanour, their boredom and dismissal of those from The Lower Orders is actually meant to cower everyone else. That’s how they were “raised”, as African American women would say.  The White Man: “Man Of The People” Division is represented by Nigel Farage and, lower down the scale, the male who calls himself “Tommy Robinson”.

And then there is Henry Charles Albert David Mountbatten-Windsor, known as Prince Harry.

On his father’s side, the Duke of Sussex is descended from high British and European royalty. On his mother’s side, he is descended from King Charles II. This is a big deal because Charles – nicknamed “Old Rowley” after his favourite stud – had no legitimate heirs. This will make Harry’s elder brother William, in the fullness of time, the first direct descendant of King Charles II to sit on the throne. With William’s three children ahead of him, the probability is that Harry will not sit on that particular chair. Nor his descendants.

One of my favourite Yiddish words is meshuggeneh, which roughly means “craziness” – and the latest British meshuggeneh centres around the fact that Harry has decided that he no longer wants to be The White Man. He is out of the club. He wants to take his wife, Meghan Markle, and their son Archie – both descended from enslaved Africans – outta here.

As the late great Maya Angelou once said: “If somebody tells you who you are, believe them”.

This White Man resignation is the subtext beneath all the hate being directed at Meghan and all the rest. She has helped Harry to de-commission. To pack it in. He’s through. After all, he named his son “Archie”. When I heard this, I thought of a few great African American princes: the boxer Archie Moore; the great immortal musician Archie Shepp; the mathematician Archie Alexander, a true hidden figure.

White males have the highest suicide rates. In the US, they fuel the opioid crisis, and are the mass shooters and the rough sleepers in our towns and cities. Who is looking after these guys? How can society help them? How can they help themselves if a white man is supposed to be a White Man?

When Harry was a little boy, he used to stick his tongue out at the photographers constantly around him, his mother and his brother. He’s still doing that. As Shakespeare wrote: “Cry God for Harry!” 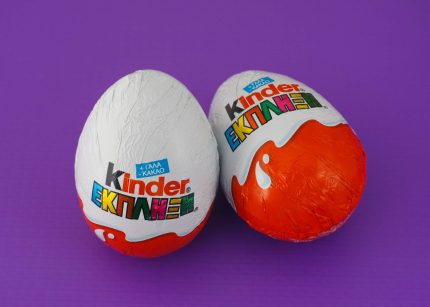