Brexit is a fault line which has triggered a realignment of loyalties in the island of Ireland – will Northern Ireland be left behind by English nationalism?

An English nationalism unleashed by Brexit is the biggest threat to unionists in Northern Ireland, according to a former leader of the Ulster Unionist Party, who believes their “biggest friends” are now Irish nationalists offering hope through the possibility of a united Ireland.

Mike Nesbitt, who led the party from 2012 to 2017, said that there is “a growing realisation within unionism that Westminster doesn’t know and doesn’t care” about Northern Ireland and that the Democratic Unionist Party (DUP) – which propped up the Conservatives in the last Parliament – has ironically done the most to promote the reality of Northern Ireland joining the Republic.

“For me, growing up, the biggest obstacle to a united Ireland was the IRA, whose bombs and bullets represented coercion,” he told Byline Times. “Yet, today, the organisation doing the most through their policies and attitude to promote a united Ireland is the Democratic Unionist Party.”

The Northern Ireland Assembly Member said that the biggest shift that had taken place in his lifetime has been the rise of English nationalism, which he sees as “an existential threat to the United Kingdom” that does not have an easy solution. Combined with the DUP’s support for Brexit, it has been a “pretty toxic combination,” he said.

Brexit and the Fracturing of British Identity
A WARNING FROM IRELAND

For Nesbitt, Brexit is a fault line which will change the UK and Irish politics fundamentally.

Boris Johnson’s deal will likely result in a border placed in the Irish sea between Britain and Northern Ireland, with checks and controls for goods moving between the two.

Along with the majority of Northern Ireland, Nesbitt voted to Remain – because “what we’ve been trying to do here since the Good Friday Agreement is bring people together, share space, be inclusive and respectful of diversity – all the things that Brexit isn’t.”

But, a Brexit which wrenches the UK out of Europe to fulfil a nationalist sadomasochism by England and Wales has exposed the weaknesses underpinning the Union, which have been there for some time.

“I would define English nationalism as a body of people who are only really concerned with their own affairs, have no understanding or love for the United Kingdom, look at the other countries – particularly Scotland and Northern Ireland – with an attitude of ‘well, if you don’t want to be members, then off you go because it’s costing me a lot of money to have you as members of this club. So, if you’re not interested in being part of the club, we are more than happy to come to some sort of an arrangement because we can use that money for our services’,” Nesbitt said.

With this being the case, the prospect of a united Ireland now looks far more attractive to unionists.

“The irony is for decades unionists have looked over our shoulders at Irish nationalists as the threat and then a few years ago it became Scottish nationalists,” the former BBC journalist told Byline Times. “But the real threat is English nationalism and these are probably the same people who allowed their sons to come over here and lay down their lives, fight the IRA and protect the Union and now I think they are ready to let go.

“So a scenario that is highly possible is that Brexit occurs, Scotland gets a second referendum on independence, wins it, which then breaks up the United kingdom de facto, and English nationalists then look at Ireland and say we’re giving you around £11 billion a year in a block grant subsidy, around half of you don’t want to be members of the UK anyway… we’ll run down that economic clock over the next 10-15 years and let you go.

“The ultimate irony might be that our biggest friends turn out to be Irish nationalists… While people are putting huge emphasis, and rightly so, on the border, on trade and on tariffs – issues which all need to be sorted – we’re doing it without recognising the importance of Brexit on people’s sense of identity.”

While Boris Johnson has denied that his Brexit deal will result in a border in the Irish sea, he has been making spurious claims of wanting to build a bridge between Britain and Northern Ireland. Asked about this after yesterday’s Queen’s Speech, he said: “A bridge to connect the two biggest isles in the British Isles, all I can say is it is a very interesting idea… watch this space and indeed… watch that space between those islands.”

Nesbitt said that many Irish nationalists identify as European and that Brexit has switched them from being merely aspirational about the idea of a united Ireland to actively trying to achieve it.

THE STORY OF BREXIT IS THE STORY OF EMPIRE
Why did so many Asian immigrants vote to leave the EU?

This is also indicative of wider changes in identity which have been bubbling away.

“People who no longer say they are unionist say ‘I am from a unionist tradition or a unionist background’ and they are now thinking the unthinkable: what’s to fear from a new constitutional arrangement on this island?,” Nesbitt said. “Am I better off in a Northern Ireland part of the UK but outside of the EU or part of a new Ireland within the EU?

“They look at the remarkable social transformation in the Republic, in terms of marriage equality and reproductive rights and they look at the lack of progressive politics here in Northern Ireland, they don’t like the DUP and everything is nudging them towards a position they would never have thought of five or 10 years ago.”

For all this change, Nesbitt admits that The Troubles are still close in people’s psyches and that divisions take a long time to heal, if ever they can.

As a teenager, he remembers when he “sat and watched Belfast burn” with his father and wondered “why are people doing that to each other?” The impact of the violence was close to home. Poised to be the third generation of his family to run his grandfather’s linen factory, it was blown up by an IRA bomb in 1973. That’s what The Troubles symbolised, Nesbitt said: “People lost everything that they held certain in their lives”.

Many in Northern Ireland, including generations who did not directly experience the conflict, are still living with the trauma it caused, with mental health problems endemic in the population. “If you take the hotspots of where the The Troubles happened, in terms of bombings, shootings, murders, and then you overlay a contemporary map of mental health issues, the hotspots are the same,” Nesbitt said.

Because of the legacy of the different histories and cultures of the Republic and Northern Ireland, he believes that a united Ireland is still not a certainty – despite the ditching of traditional loyalties triggered by Brexit.

If the option of a border poll on Irish unity was put to the Republic, “the most likely reaction is an armed police escort to the border and an invitation not to come back because nobody’s ready for it,” Nesbitt said. “It will take years and maybe decades to make it happen, if it happens, and it’s not a certainty that it will.” 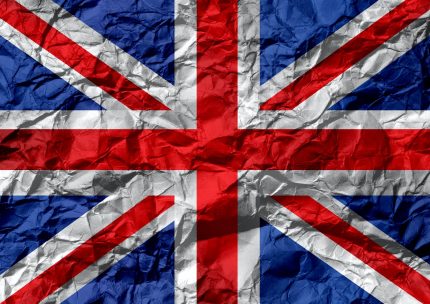 John Denham, 23 April 2020
Former MP John Denham considers the return of the nation state, British myths and how the Coronavirus crisis could help forge a new national story for England. 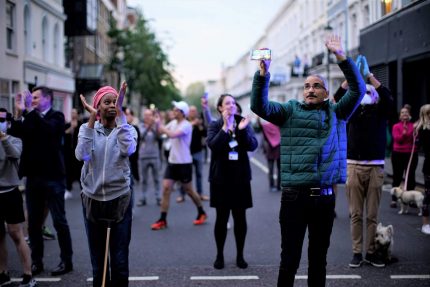 Graham Williamson, 23 March 2020
Graham Williamson visits Doncaster, which voted to Leave the EU by 69% in 2016, and welcomed a Conservative MP to one of its constituencies in the 2019 General Election. 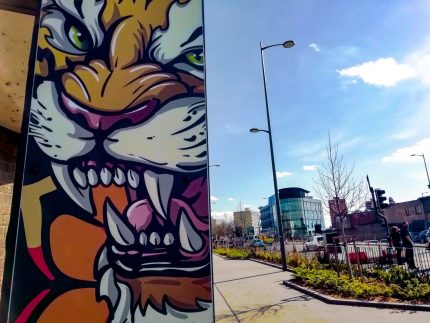