Reasons to be Islamophobic: Profiting from the Politics of Fear

Dr Shazad Amin explains why hatred of Muslims is such a powerful, hidden force in this General Election.

“No one is born hating another person because of the colour of his skin, or his background, or his religion. People must learn to hate, and if they can learn to hate, they can be taught to love, for love comes more naturally to the human heart than its opposite.” – Nelson Mandela

I am a Muslim. I love this country and believe it is one of the best places to live as a Muslim.

Why do I need to say this? Because one of the stereotypical ideas perpetuated about Muslims is that we hate this country and everything it stands for.

A Channel 4-commissioned ICM poll in 2016 showed that 86% of British Muslims felt a strong sense of belonging to Britain – this was higher than the national average of 83%. So why are Muslims often the only ethnic or religious group to have their loyalty questioned in this way?

The answer lies in Islamophobia, which has hit the headlines in recent weeks with renewed calls for the Equality and Human Rights Commission to investigate the Conservative Party for Islamophobia, as it is doing with regards to anti-Semitism and Labour.

However, there is relatively little analysis of what underpins Islamophobia and why it has risen in recent years.

40% of the Cabinet: Shocking Levels of Islamophobia Found in the Conservative Party 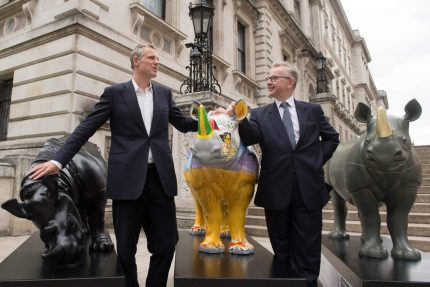 Fear of the ‘Other’

Historically, there has always been an ‘other’ group to hate in this country.

Over the past century, Jews, Communists and ‘Gays’ have all occupied this unfortunate position and, whilst many still experience prejudice, in the current climate it would be hard to argue against Muslims occupying pole position in the ‘top of the hate’ charts.

There are multiple reasons for the existence, amplification and propagation of Islamophobia. To understand it, we need to examine it from different viewpoints.

In the general public, Islamophobia is often a result of fear of an ‘unknown group’, and particularly of tropes claiming that Muslims are intent on ‘taking over’ the UK and imposing ‘shariah law’. Such notions may seem fanciful, but they are constantly stoked by the media and subsequently amplified by social media echo chambers. As we have seen with the election of Donald Trump in the US, the 2016 EU Referendum campaign – and in this year’s General Election campaign – fake news has become normalised.

But, there is also a part of Islamophobia that stems from personal recollections of a nostalgic past – the neighbourhoods which people have seen transformed by waves of immigration. Predominantly ‘white’ neighbourhoods have become multicultural areas, with some areas becoming visibly Muslim in nature.

Of course, this is a two-way street and it is true to say that some Muslim communities have also not integrated as much as they could have. The same, however, could be said for all immigrant communities – including, of course, expat Brits abroad. 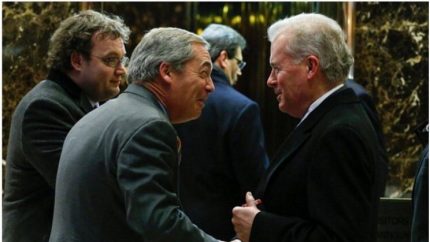 Far-right political parties across Europe have enjoyed increasing support over the past decade. They share an ideology that stems from a world-view which sees a western liberal Judaeo-Christian culture threatened by Islam.

Such Islamophobic views are also shared at the very top of the party, starting with the Prime Minister Boris Johnson, who has a long history of racist and Islamophobic comments – as detailed in the report From “Letterboxes” to “Ragheads” by MEND (Muslim Engagement and Development), which details more than 100 examples of Islamophobia in the Conservative Party. There is little doubt that the Tories tolerate such views because they see some electoral advantage in this. This is further shown by their reluctance to hold an independent inquiry into Islamophobia in the party.

The Times, Andrew Norfolk and the ‘Muslim Foster Care’ Story: An Ugly Picture

The print media propagates much of the Islamophobia that we see. Research from Lancaster University shows that, for every positive or neutral mention of Islam or Muslims in the press, there are 21 negative references.

Many such headlines are of course false and misleading, so why does the press keep printing them?

Firstly, it is good for business. Professor Chris Frost, chair of the ethics council at the National Union of Journalists, highlighted to the Home Affairs Select Committee in 2018 that “one of the best ways to sell newspapers… is to raise issues of fear… pick a group which is an ‘other’ group” and that “at the moment a good one is Muslims”. Such stories also create an echo chamber of feedback from readers that allow such newspapers to claim that their stories are simply reflecting what their readers are thinking.

Additionally, editorial opinions have to cater to the financial and political interests of newspaper owners. This was epitomised by Rupert Murdoch, when he tweeted that “maybe most moslems [are] peaceful, but until they recognise and destroy their growing jihadist cancer they must be held responsible” following the Charlie Hebdo murders in 2015.

Finally, another factor is the reluctance of the self-serving press regulator IPSO to hold the press to account. IPSO does not hear third-party complaints so the mainstream press can virtually print stories demonising Muslims with impunity.

We must also note that the different motivations underpinning Islamophobia are intertwined.

The Conservative Party supports the right-wing press, which promotes its own Islamophobic agenda through its editorial policies. Such stories influence public thinking, with people then looking for the political party that best reflects their ‘own’ views in this area.

The Conservative Party then takes strength from this support to further promote such policies – and the cycle continues.