Cheltenham: Can Conservatives Hang on to the Affluent Remain Town?

Jake Lynch visits the marginal constituency in Gloucestershire which, with a 2,500 Tory majority, could be crucial in next month’s General Election.

The chirping of a robin cuts through the purr of expensive car engines as the canvassers fan out across leafy Leckhampton, in affluent south Cheltenham. The front doors are widely spaced, belonging as they do to stuccoed mansions moated in private gravel, sleek Mercedes and Jaguars at the ready.

It should be natural Conservative territory, but the blue posters proclaiming support for the defending Tory MP, Alex Chalk, are comfortably outnumbered by those of his Liberal Democrat challenger Max Wilkinson. His orange bike appears to be something of a symbol for his record as an energetic local campaigner.

Getting his fellow borough councillors to promise carbon neutrality by 2030 is a success noted on his website. Another is the declaration of Cheltenham as a ‘Remain Town’, building on its 57% majority to stay in the EU. And it is on the Remain cause that Wilkinson is largely reliant in his attempt to overturn Chalk’s 2,500 majority.

Many voters locally are “well-to-do”, he agreed, after hurriedly consuming a bacon sandwich at a café on a small industrial estate around the corner. “But a lot of them have worked abroad, as civil servants or in other walks of life, and they see themselves as international citizens”. The current unease among these “moderate, small ‘l’ liberals” extends to “the kind of rhetoric coming out of the Conservative party on immigration”.

KEIGHLEY
Could Rail Re-Nationalisation Stop the Conservative Party in its Tracks? 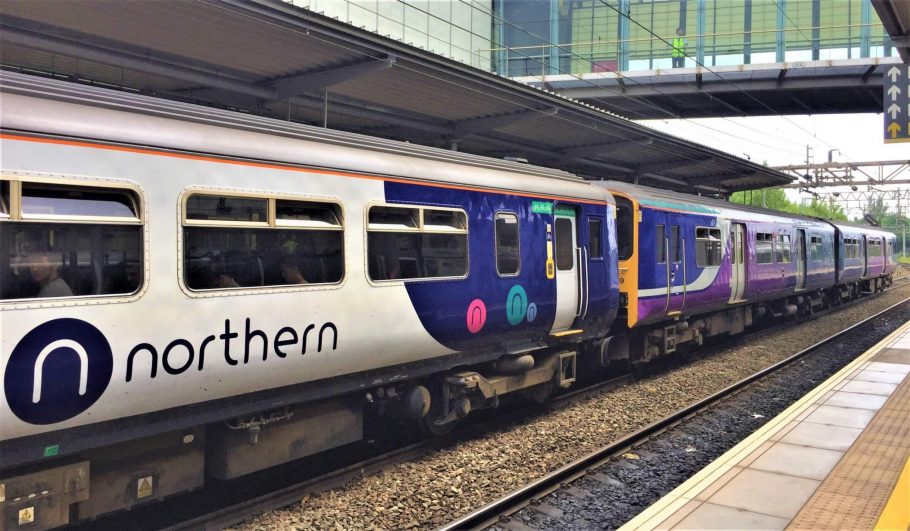 Many in the constituency, Wilkinson had found, were aware of practical problems posed by Brexit, such as one woman who had raised with him the difficulty of finding staff in the social care sector to cater for Cheltenham’s “ageing population”.

The “extra restrictions and extra barriers” in prospect were already causing nationals of other EU countries to think “it’s not worth moving to set up a life for myself and my family in the UK”. That risked hindering efforts to recruit “lower paid care assistants” who were desperately needed.

A UK-wide BMG poll conducted two weeks ago found that up to a third of respondents were already planning to vote tactically. Since then, nominations have closed and there is no Green Party candidate for Cheltenham, under the ‘Unite to Remain’ agreement. As recently as 2015, the party took nearly 3,000 votes. If all those are now transferred to the Liberal Democrats, it could see the seat change hands.

The constituency has alternated between the Conservatives and Liberal Democrats for the past three decades, with Labour squeezed down to a figure typically in the low thousands.

Survey evidence has shown that as many as 30% of those who backed the Conservatives in the 2017 General Election had previously voted to stay in the EU. Boris Johnson’s decision to build his campaign on a promise to “Get Brexit Done”, has brought these ‘Tory Remainers’ into focus. If they now prove reluctant to back him, the cost will surely be paid here if anywhere.

NUNEATON
A Tory Marginal but a Leave Constituency – What Does Corbyn Do? 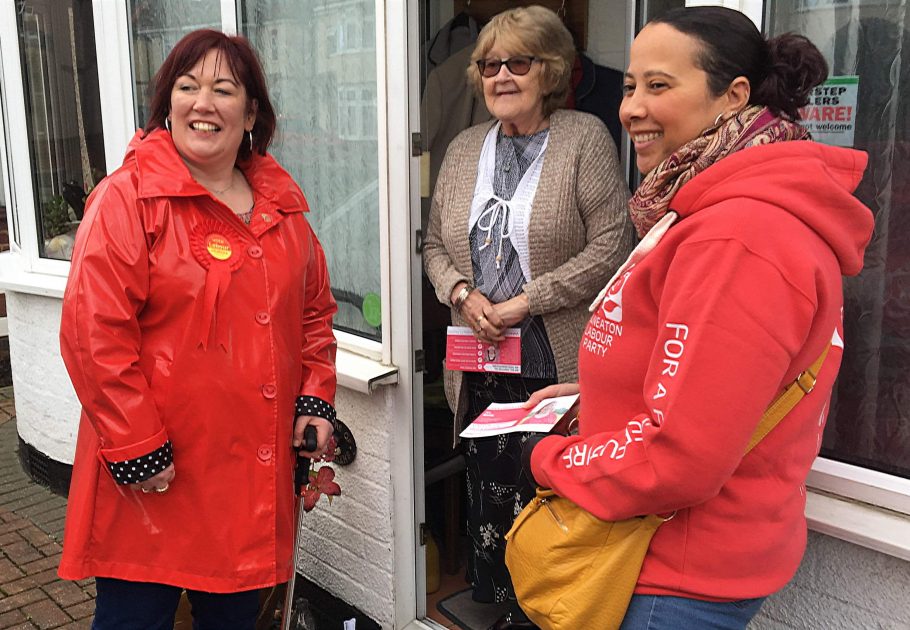 The theory is put to the test in Max Wilkinson’s first doorstep encounter of the day. The team – local party members, bolstered by students from Birmingham University – are chasing up supporters and prospects from their lists in time for the postal voting deadline. The door to a trim and tidy semi is opened by 63-year-old Andrew Landless, a former civil servant who works in sales for an engineering firm.

He has voted Conservative in the past but is now “undecided”. Rapidly establishing that Mr Landless also favours keeping the UK together, the candidate tells him: “But you’re not going to get that with the Conservatives, are you, because they’re putting a hard border in the Irish sea? It risks going back to the Troubles”.

That is, indeed, “worrying”, comes the reply, but: “you’ve also got to accept that the country voted to leave. If the Lib Dems get in, you’re going to go against the democratic view”.

The issue has bedevilled Alex Chalk. He campaigned to remain in the EU, but has since voted with the whip on every Brexit bill. He then set foot on the lowest rung of the ministerial ladder, as parliamentary private secretary to Foreign Secretary Dominic Raab – a job he promised to resign from if the Government was found to have broken the law in its attempt to prorogue Parliament.

Despite a ruling to that effect, Chalk remained in post. An angry confrontation with protestors from the cross-party Cheltenham for Europe group outside his constituency office went viral on social media. 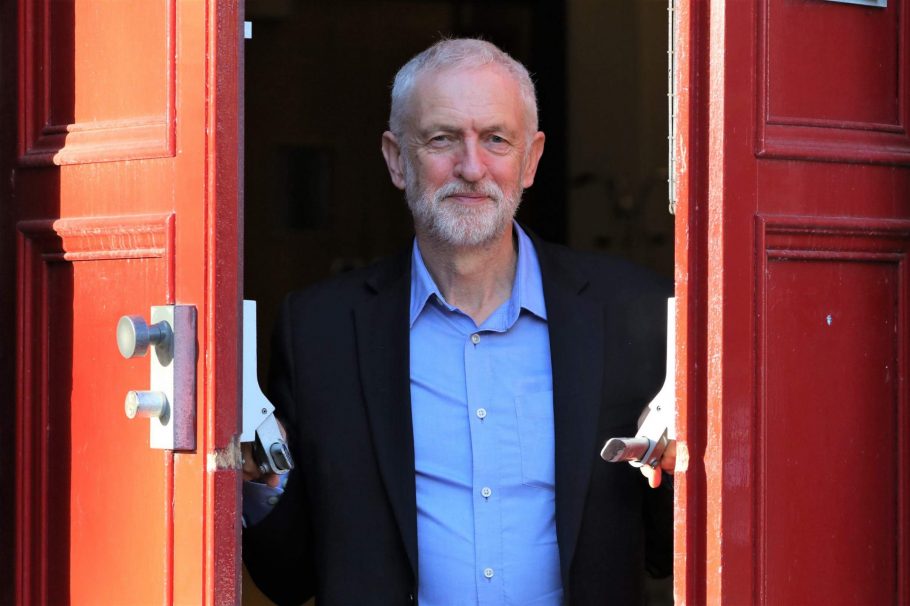 Later in the day, Max Wilkinson meets Ruth and Simon Thomas, a couple in their 50s who run a tennis club at the local school attended by their two children. They have not met him before but, it turns out, they have a common acquaintance in a young tennis player currently “doing his Erasmus year, wine-making in northern Spain” – a reference to the EU student exchange scheme, access to which will come to an abrupt halt following Brexit. The couple have always voted Liberal Democrat and will do so again this time. Why? “It’s the national situation”, Ruth replies. Conservative cabinet ministers are “out of touch”, Simon adds. Jacob Rees-Mogg – kept carefully out of sight thus far in the Tory campaign – attracts particular ire.

The perfectly preserved Georgian architecture of the town centre lends Cheltenham an air of opulence. Pedigree bloodstock brings money gushing in through the racecourse and its annual festival, while the eponymous Ladies’ College has educated daughters of the gentry and wealthy since 1854.

But, it is not altogether immune from the ills of modern Britain. There is, as yet, no new tenant in the retail unit on the prestigious Promenade formerly occupied by defunct fashion chain Karen Millen. A homeless man huddles in a sleeping bag in the doorway.

Just up the road, George Kendrick is appealing to the 20,000 or so on the electoral roll who did not vote in 2017 to back his candidacy for the Monster Raving Loony Party. A 75-year-old who broke his neck when falling off a ladder while on duty as a firefighter, he has placed a bet with a local bookmaker that he will attain the 5% vote needed to save his deposit. The payout – which he reckons at a potential £30,000 – will be donated to good causes. Which ones? “Cancer, Alzheimer’s, Sue Ryder, disabled children. I just like giving money away”. 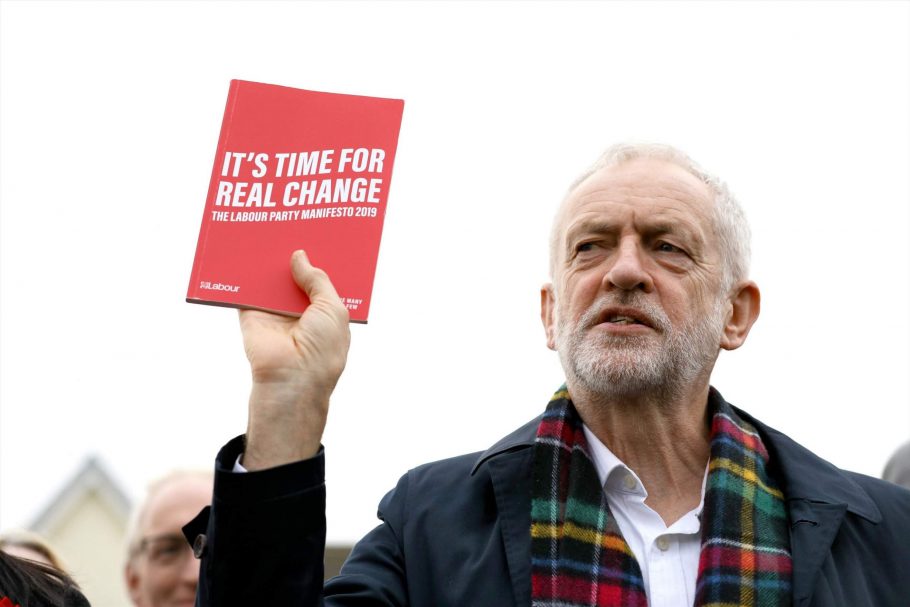 And there are, amid the obvious wealth and ease, pockets of deprivation in Cheltenham where charities have to step into the gaps left by public provision. According to Max Wilkinson, all but one state school saw budgets fall in real terms through the last two Parliaments. In his council ward, some families have experienced “multi-generational unemployment”. The town’s hospital lost its A&E department and is losing maternity services.

While Boris Johnson is apparently heading for a comfortable majority, many may feel it permissible to register a protest. Cheltenham could well help decide the fate of the General Election and, of course, Brexit.