40% of the Cabinet: Shocking Levels of Islamophobia Found in the Conservative Party

Stephen Colegrave on a new report into the prevalence of anti-Muslim statements throughout all levels of Boris Johnson’s party.

The extent of Islamophobia at the most senior levels of the Conservative Party is laid bare in a report by MEND (Muslim Engagement and Development) today.

The report, Letterboxes to Ragheads, identifies more than 120 incidents of Islamophobia emanating from Conservative Members of Parliament, councillors and candidates.

The most shocking finding is that nine of Boris Johnson’s 22 Cabinet members have exhibited Islamophobia – equating to a remarkable 40% of the country’s leadership – which illustrates the structural nature of the problem.

Some of the more high-profile cases have already been reported, such as Prime Minister Boris Johnson’s infamous burka jibes in his Daily Telegraph column, in which he compared Muslim women to “letterboxes” and “bank robbers”.

But, there are many others, as the report highlights:

Michael Gove, Chancellor of the Duchy of Lancaster, launched a ‘Trojan Horse’ policy while serving in the Coalition Government – a move described by the journalist Peter Oborne as “a lurid figment of the neo-Conservative imagination… an anti-Muslim ideological concoction, driven by Michael Gove, backed by David Cameron’s Downing Street, and aided and abetted by a group of well-placed media henchmen”.

Nadine Dorries, Parliamentary Under-Secretary of State for Health and Social Care, shared a misleading news story on Twitter about Muslims being able to claim multiple benefits because of their “several” wives. The story was 10 years old and had been promoted by the far-right For-Britain group. While she deleted the tweet soon after, there is no evidence that she acknowledged the mistake nor that she apologised.

Jacob Rees Mogg, Leader of the House of Commons and Lord President of the Council, promoted the words of Alice Weidel, leader of the far-right Alternative for Germany (AfD) party, by tweeting a video. The AfD recently ran an ‘Islam free’ campaign and disseminates other anti-Muslim rhetoric.

Zac Goldsmith, Minister of State for Environment, Food and Rural Affairs and International Development, ran an ill-fated campaign against the first Muslim London mayoral candidate, Sadiq Khan, in 2016 – almost entirely based on an anti-Muslim message.

While allegations of anti-Semitism in the Labour Party have received high profile media coverage during this General Election campaign, Islamophobia in the Conservative Party has received relatively little attention.

For years, many organisations including The Muslim Council of Britain, Hope Not Hate and MEND have pressed for an inquiry into Islamophobia in Britain’s governing party. While Theresa May was Prime Minister, these calls were repeatedly ignored. Hopes were raised this summer when, during the Conservative Party leadership contest, Sajid Javid asked all his fellow candidates to commit to an independent investigation into Islamophobia in the Tory Party.

Boris Johnson is now apparently committed to launching an inquiry into all forms of racism, including Islamophobia, in the Conservative Party by the end of the year. Will it happen?

Johnson’s party has come under strident criticism from its own former co-chair and now Conservative peer Baroness Sayeeda Warsi – who was recently rebuked over the matter by the Secretary of State for Health and Social Care, Matt Hancock, who told her that party held a “more balanced view” on it than she does.

‘Cultural Apartheid’: How Boris Johnson has Maligned Muslims for Years 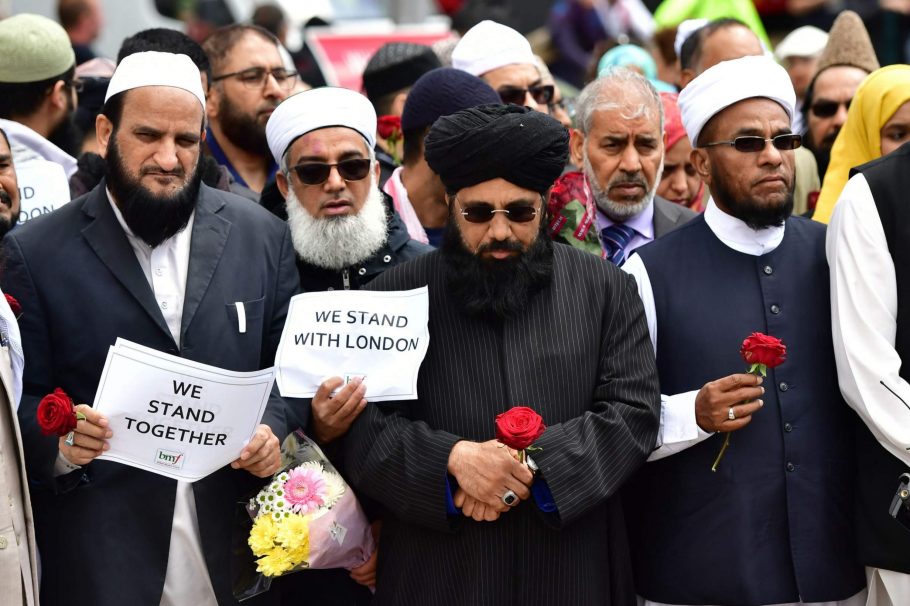 With little pressure from the mainstream media for an inquiry, the real issue is that the very people involved in Islamophobia appear to be preventing action being taken on it.

Another concern is that Islamophobia is hard-wired into Conservative policy, as seen in its commitment to the controversial counter-radicalisation programme Prevent, as well as its attitude towards immigration. By framing its view of the Muslim community through this lens, there is a real danger that the party is alienating this important group from mainstream society.

“The Government’s current disengagement policy is a clear barrier to British Muslim’s participation in social and political life,” concludes MEND, which will be formally requesting the Equality and Human Rights Commission to use its statutory powers to initiate an immediate, independent inquiry into Islamophobia in the Conservative Party.