Former BBC newsreader Jake Lynch on why the corporation is proving so feeble in exposing lies told by politicians.

We will not “get Brexit done” if the new Parliament, to be elected on 12 December, passes Boris Johnson’s withdrawal agreement. Instead, it will open the door to years of negotiations, with purists and ‘Spartans’ of the European Research Group (ERG) continually pressing for a ‘no deal’ outcome as cliff-edge deadlines in trade talks draw near.

The Conservatives are not “building 40 new hospitals”. Six are being given money to refurbish their existing premises. It would, in any case, be difficult to staff them, when 100,000 nursing vacancies are already unfilled.

Surely, I hear you cry, ending free movement from the EU would relieve some of the pressure? “It’s the National Health Service, not the International Health Service,” outgoing Health and Social Care Secretary Matt Hancock tweeted. Brexit will “end the drain on the NHS from overseas visitors,” according to Michael Gove.

Boris Johnson proposes to bring in “an Australian points-style system” for immigration after Brexit. But we already have one – introduced 10 years ago by a Labour Government. Freedom of movement for EU citizens will continue at least for the transition period, which is likely to last much longer than until the end of 2020. In any case, immigrants pay much more in taxes than they cost through the use of public services.

Democracy works when everyone is entitled to their own opinion – but not their own facts.

How do the Tories get away with these oft-repeated lies?

The billionaire-owned right-wing press can be expected to serve up daily helpings of misinformation at election times – including now through the unchecked accessibility of social media – as a scorpion will sting: that is its nature.

As the former US Senator, Daniel Patrick Moynihan, said: democracy works when everyone is entitled to their own opinion – but not their own facts. So where can we turn for the truth?

This is where public service broadcasting should serve us well.

The BBC’s Editorial Guidelines on accuracy state that, when contributors to its programmes make claims, it should attempt to corroborate them and that there is a clear duty to point out when claims cannot be corroborated. True to form, the corporation is now in the process of tying itself in knots over the issue.

Where has the BBC’s Quest to Inform through Uncovering Truth Gone?

Hardeep Matharu
In the weeks before the Berlin Wall fell in 1989, the BBC’s news team went out of its way to show the world the factual reality of East Germans protesting for a better life. Does it have the same desire now? 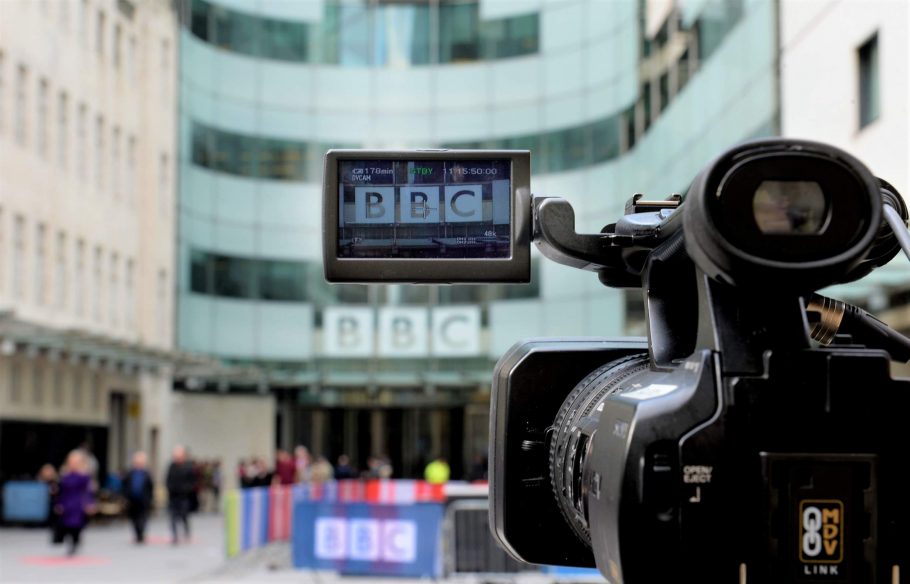 In a letter to the Guardian, Editorial Controller David Jordan wrote that BBC journalists are under orders not to call people liars, as that would indicate an interpretation of the intent of the person making the statement – which, apparently, it is up to the audience to make for themselves. However, any dictionary definition of the word “lie” contains the concept of intent. Someone who lies is a liar.

Jordan went on to state that BBC journalists are “calling out lies, disinformation and untruths” already in the corporation’s online Reality Check project. But, a web page – while useful for those who choose to seek it out – is not drawing the attention of millions of viewers like, say, a Laura Kuenssberg package on BBC1’s News at Ten. These packages often attempt to ‘balance’ claims, with clips from Labour and other opposition parties, but no attempt is made to distinguish fact from fiction.

Full marks to the BBC journalists who do do this: Newsnight‘s Emily Maitlis for example rightly questioned the Conservative Party Chairman James Cleverly for “misleading the public” when the party’s press office Twitter feed renamed itself “factcheckUK” for the duration of the ITV debate between Boris Johnson and Jeremy Corbyn last week. Hat tip also to the Radio Five Live presenter who, with information at her fingertips, exposed the fact that Johnson did not even know what proportion of UK immigration is from EU countries (he guessed half – actually it’s around 20%).

On a structural level, the BBC itself is complicit in this onslaught of mendacity. Liars lie in public when they think they will get away with it. Confidence that most misleading statements will be treated merely as a valid viewpoint, to be counterposed with another, incentivises a strategy of systematic falsehood.

Hardeep Matharu
The public service broadcaster still refuses to explain how it agreed to stage Jon Sopel’s interview at the under investigation ‘WeBuildtheWall’ fundraising event near El Paso. 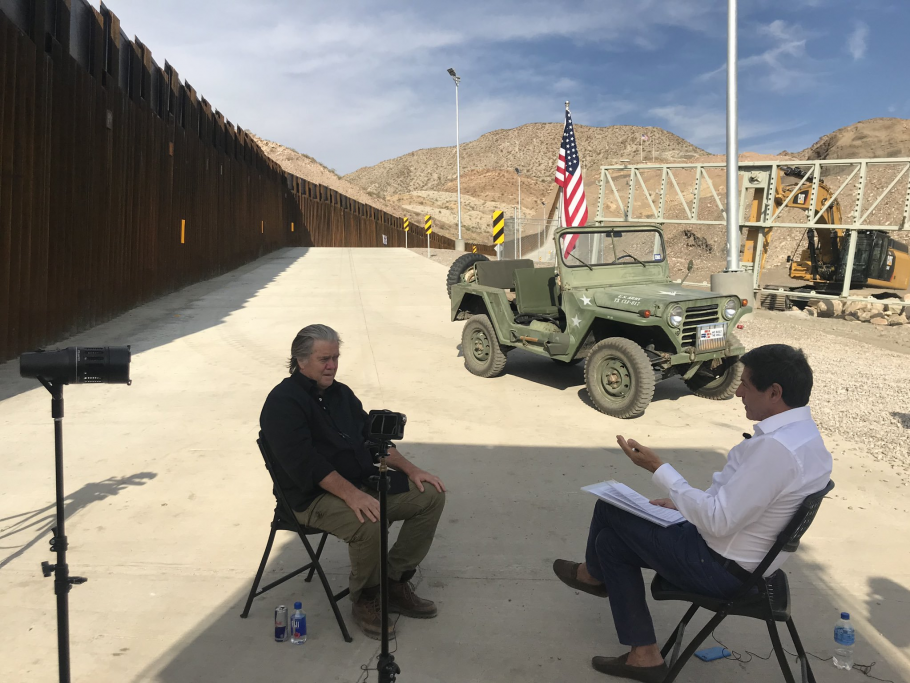 The deficiency can be traced back to the concept that the BBC has adopted to gauge its own performance – namely, that its output should “reflect modern Britain”. This is helpful when prompting producers to think again about all-male or all-white panels, for example. But it seems to disavow insights familiar from relevant scholarship, which focus on the effect of media agenda-setting (telling us what to think about) and framing (how to think about it). Political process is not merely reflected, but also shaped, by the ways in which it is reported.

When I joined the corporation as a trainee 30 years ago, there was a “mission to explain” – the brainchild of then Director General John Birt. Playwright Dennis Potter called him a “croak-voiced Dalek”, but Birt’s ideas stand out, in retrospect, as setting a standard from which the BBC has strayed to its detriment.

He wanted claim and counter-claim by politicians to be tested against the best expertise and information available. The emphasis then adopted, by heavyweight specialist correspondents, has continued – though nowadays they are more likely to be sourced from within than brought from outside in the manner of Peter Jay (the BBC’s former Economics Editor) or Polly Toynbee (its former Social Affairs Editor).

The concept came with a danger of seeming elitist, it’s true. But, the other ‘public good’, besides accuracy, that the licence fee is supposed to obtain for us is “due impartiality” – defined as a duty to ensure that all “significant views” find a place on air. The cordon of privilege inscribed in the word “significant” deserves to be breached. But, here again, the mantra of “reflecting modern Britain” is an unhelpful guide.

Inside the BBC Disinformation Group: The Fake News Hunters 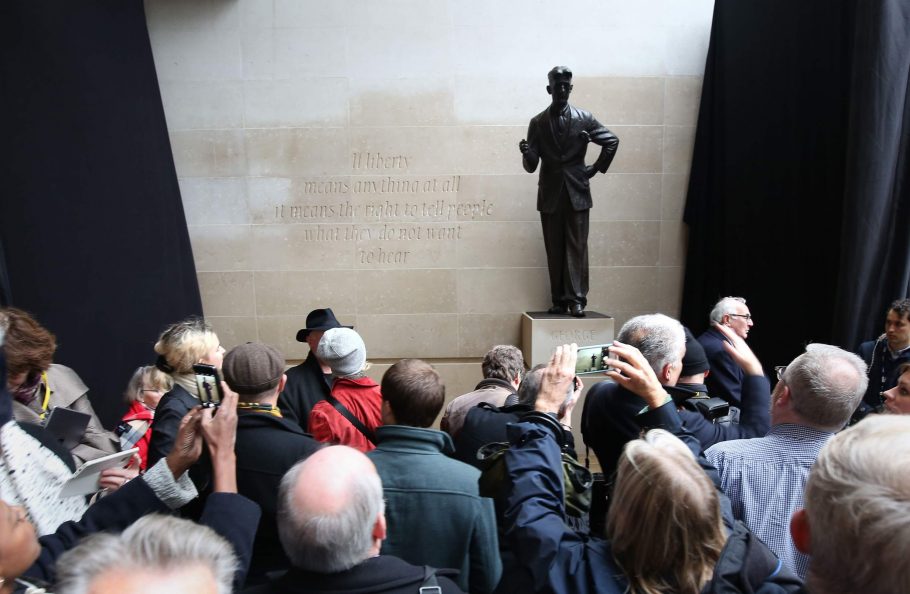 A Political Correspondent, Alex Forsyth, has been appointed to seek views from beyond Westminster, but her role seems to consist largely of gathering ‘vox pops’ with voters who – through no fault of their own – lack the credentials or expertise to illuminate the issues. The large amount of grassroots political activity, underway in modern Britain on a range of causes from low pay to the fate of Julian Assange, meanwhile remains largely ignored.

As things stand, we will have to add the defining concepts of public service broadcasting to the long list of democratic safeguards that need to be urgently revised and renewed after this General Election.