Russian Intelligence expert Zarina Zabrisky tracks back the decades-long dossier on the US President.

“Already in the 1980s, Trump got on the KGB radar as an opportunist businessman who could be useful in promoting Soviet interests in America,” a former Deputy Minister in the Russian Federation. Vladimir Milov, a close associate of opposition leader Alexei Navalny, said in a May 2017 email interview that he had “no doubt” that the current US President was targeted.

“The invitation came from a high-level official,” Milov wrote. “Obviously, it was approved.”

In 1986, Donald Trump happened to be seated next to Yuri Dubinin, the USSR Ambassador to the US, and his daughter at a luncheon in New York. Dubinin’s daughter knew all the details about the Trump Tower and engaged the future president in a conversation about the possibility of building a Moscow hotel in partnership with the Soviet Government.

The Soviet state agency responsible for foreign tourism Goskomintourist (also known as Intourist), closely linked to the KGB, followed up with an official invitation. 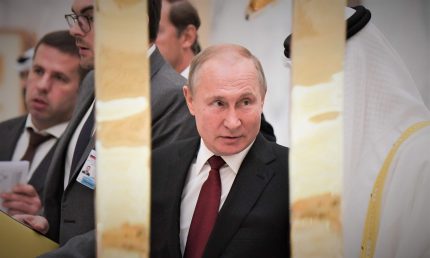 In July 1987, Trump first visited Moscow and St. Petersburg. During that visit, he negotiated a luxury hotel downtown with Moscow authorities and looked at half a dozen potential sites. “He met with a lot of the economic and financial advisors in the Politburo,” said Trump’s spokesman Dan Klores at the time. In Moscow, Trump stayed in the National Hotel next to the Red Square, according to his memoirs, in “Lenin’s room”.

Two months after the visit, in September 1987, Trump bought full-page ads in the New York Times, Washington Post and Boston Globe at a total cost of $94,801, to urge the US to stop paying to defend countries that could afford to protect themselves.

Soon after that, Trump’s name was suggested for various public offices, including the mayor of New York City, governor and the presidency.

“American citizens are high priority targets for recruitment by the Soviet Union’s intelligence services” an unclassified CIA memo explained in February 1988. The document, Soviet Efforts to Recruit American Citizens, concluded: “The Soviets are especially interested in Americans who occupy important positions in the fields of government, military service, business and finance, science and technology, industry, and academic resorts.”

“It is unlikely, though, that [Trump’s] visit in 1987 contained any interesting details,” former Russian Deputy Minister Milov observed. “What’s more important here is that, at the time, the KGB already had a personal ‘dossier’ on Trump and made a decision to ‘work him’ as a potential target, for the future. I think that security services had some influence on him or at least established the channels for obtaining information about him through Ivana.”

Ivana Zelníčková, Trump’s first wife, was under the surveillance of the Czechoslovak security service, the Státní Bezpečnost (StB), since 1978, according to archive materials studied by the Prague-based Institute for the Study of Totalitarian Regimes, and first reported on by Czech Television. 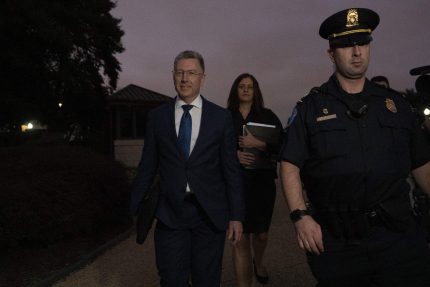 The Czech StB formally cooperated with Russia’s KGB, with the agencies supplying each other with intelligence data on request.

According to Business Insider, an informant with the cover name “Lubos” reported on Ivana Zelníčková’s marriage to Trump in the 1970s. An encrypted document from 1979 stated that the phone calls between Ivana and her father, Miloš Zelníček, were to be wiretapped at least once a year. Their mail was monitored.

“I think that, in the 90s, the KGB/FSB continued to collect a dossier on him, simply to keep the momentum,” says Milov. “Most likely, it contains a lot of interesting information, both financial and personal, as Trump loved girls very much, liked to grab them in every possible way, etc. He didn’t restrain himself in the 80s and 90s… He really went for it when he came to Russia to discuss deals or hold beauty contests.”

In November 1996, Trump travelled to Moscow on the invitation of Howard Lorber, the founder and executive of Vector Douglas Elliman & Ladenburg Thalmann Financial Services Inc., and Ben Le Bow.

Le Bow, a veteran “Russian businessman” was a friend and partner of Yuri Luzhkov, a Moscow Mayor known for his association with organised crime and fired for corruption in 2010. They arranged discussions about a joint venture between their Liggett-Ducat tobacco factory, the Trump Organisation and the city of Moscow authorities. 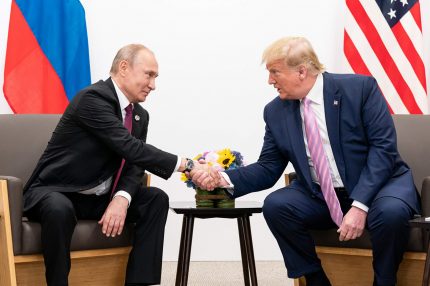 In January 1997, Moscow authorities told Interfax that an agreement with Trump’s representatives had been “practically reached”. The Mayor of Moscow confirmed that Trump did have meetings with Moscow’s city hall and discussed major investment and development plans. Luzkhov said he had met with Trump and showed him plans for a massive underground shopping mall just outside the Kremlin gates.

Nearly 20 years later, after winning the Republican primary in 2016, Trump thanked the two men, Lorber and LeBow, who had set up the Moscow deal, calling them “our great businessmen of the world”.

In August 2016, Lorber was included in Trump’s list of advisors and his real estate company Douglas Elliman currently has many listings in Trump Tower, Trump Place, Trump International, Trump World Plaza and more.

“Given the long-term observation since 1987, I have little doubt that they [Russia’s security services] have a lot of evidence that can strongly compromise him in such a conservative country as America,” Milov said of Donald Trump. “He is not even sure whether these records exist. I think, he’s waking up sweating like a dog, thinking, ‘Oh my God, did they record this?!’”

Milov concluded that “this dossier could have surfaced in Putin’s memory in 2000 when Trump announced his nomination for president from the Reform Party and it became clear that he had great political ambitions. That’s when the dossier was ordered off the shelf and KGB started to follow Trump closer.”

How Russia will Fan the Flames in Britain’s General Election

Milov said the that such secrets are “protected under seven seals, guarded stronger than the gold bars in the vaults of the Central Bank”. If Trump’s “past adventures” were filmed in Moscow, Milov thinks that “they will keep these videos secret and will make them public only if Trump comes out against Russia or if Americans drive Trump out. For Kremlin, this is a valuable pressure tool.”

It’s worth noting that Vladimir Putin, the current President of the Russian Federation, was a KGB agent in Dresden from 1985 to 1990 and reportedly performed a range of duties which could include contacting, entrapping, compromising and recruiting Westerners. Putin also used kompromat to secure his own presidential nomination. In 1999, he used a sex video to get rid of a general prosecutor who had investigated allegations of corruption around Boris Yeltsin.