Zeeshan Ali debunks attempts to deny the rise in racist attacks in the UK as an attempt to legitimise Boris Johnson’s Islamophobic remarks.

In a recent article in the Daily Mail, author Douglas Murray sought to reveal the apparent truth of the great “hate crime hoax”:

Do you feel 10% more hateful than you did this time last year? Do you think the British public as a whole are 10% more unpleasant in 2019 as compared to 2018?

If you believe the latest ‘hate crimes’ stats, then you may come to such a ludicrous conclusion.

Following the EU Referendum in 2016, analysts have pointed to rises in hate crime as an indication that xenophobic sentiments that were once taboo are openly discussed, condoned and flaunted.

This development is hardly surprising in an atmosphere where even the Prime Minister refuses to apologise for racist and Islamophobic comments.

But rising levels of hate crime are not evidence that the public is growing more hateful. In fact, they are an illustration of the fact that political and social discourses in recent years have made it more acceptable to publicly air this hatred. 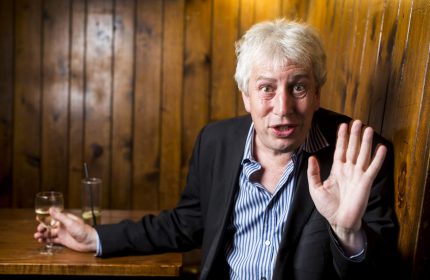 Britons are not more hateful; rather, the ones who are hateful feel more empowered and justified in publicly displaying it.

Murray claims that work of police forces, local councils, the Government, charities, support groups and third-party reporting centres has been part of a grand scheme to exaggerate the magnitude of hate crime: “professional nonsense, cooked up to serve a political purpose”. He then gives an example of the “hate crime hoax”:

Murray’s logic is flawed on multiple levels. In his example, the old lady who has her bag stolen is the victim of a single crime: that of robbery. A black woman who has her bag stolen because of the colour of her skin is a victim of robbery, but she is also a victim of someone attempting to marginalise her existence in society. As such, it is not a matter of a “two-tier system”. It is indeed a matter of two intersecting injustices.

A review undertaken by the Home Office in 2018 also noted that victims of hate crime often experience greater post-victimisation distress – including anxiety, depression, and withdrawal – than victims of equivalent non-prejudice offences.

Murray then goes on to relate a personal anecdote from “some years ago” about a gay friend who was accosted on a train and reported it the police. According to him, the officers “begged him” him to report it as a hate crime.

Murray’s explanation for the rise in hate crime reporting is that it is a “massive business opportunity” in the “marketplace of grievance”.

Victims’ advocacy organisations across the UK should be outraged at Murray’s suggestion that any of them are motivated by the “business opportunity” of hate crime. Victim support isn’t a particularly financially lucrative line of work to go into. If anyone is doing it for the money, we’d like to hear from them. 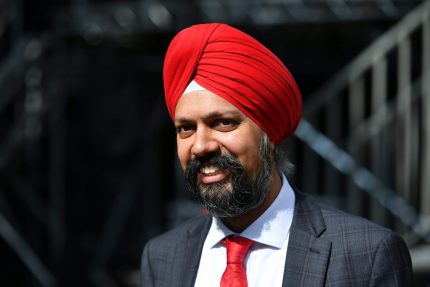 Finally, Murray tries to demolish the intervention of Labour’s Tanmanjeet Singh Dhesi in Parliament in September over Boris Johnson’s column comparing Muslim women wearing the niqab to “letter boxes” and “bank robbers” and Dhesi’s claim that anti-Muslim hate crime rose “375% in the week after his column”. Murray says this “sounds impressive until you realise this is a rise from eight reported incidents in a week to 38 reported incidents”.

How many people exactly must the Prime Minister put at risk of marginalisation and victimisation before you deem it appropriate to hold him to account?

Zeeshan Ali is a media and policy Analyst for MEND (Muslim Engagement and Development).