Why Scottish Politics Matters Again – But Probably Not for Long

Glaswegian James Doleman considers the possible repercussions of the 2019 General Election and Brexit on Scotland’s relationship within the UK.

Just after the Scottish independence referendum in 2014, I saw Nicola Sturgeon being mobbed by voters wanting selfies. She had famously learned how to take a picture with every popular model of phone camera so she would never be caught out fumbling with one. A friend remarked: “She’s like a cross between Eva Peron and One Direction.”

Two years later at the same spot, Buchanan Street in Glasgow, she wandered awkwardly looking for someone to talk to. One woman walking past asked me why the TV cameras were there. When I told her, she sighed and walked off.

The heat had gone out of the SNP; there was no plan for achieving its key goal. 45% of the population had supported independence, but no one had a clue how it could be achieved. All that was left was a dull managerial politics and that wasn’t going well. The Scottish National Party lost 21 seats in the 2017 General Election.

Yet, last week, Sturgeon spoke to 20,000 cheering supporters in Glasgow, the Scottish Conservative party is imploding, and Labour is the deadest of political dead ducks. What changed was simple: Brexit.

What Next for Post-Brexit Britain? A Lost Decade of Division 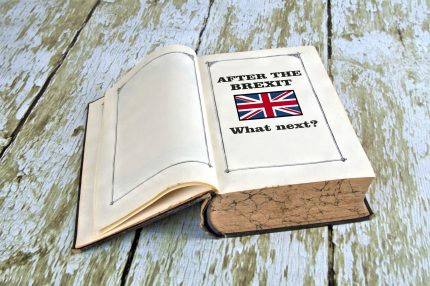 It’s well known that Scotland voted to Remain by 62%, with more recent surveys putting support for staying in the EU among Scots as high as 83%. There is no mystery about this. Scotland is an export-based economy which needs high levels of immigration to keep pace with a falling birth rate. Leaving the European single market makes no sense on any level for the country, which is a net beneficiary of EU infrastructure spending.

Brexit is also ripping apart the Scottish Conservative Party. Its leader, Ruth Davidson, was hailed as a popular “new kind of Tory” and this, at times, reached farcical levels. I was sitting in the press box at a two-thirds empty Scottish Conservative conference when she spoke. At one point, she made an applause line to which the reaction was a few coughs and the rustle of sweet papers. Beside me, a leading Scottish political reporter tweeted: “Thunderous applause for Ruth!”

However, Davidson is now gone. She resigned to spend more time with her young family, then took up a £50,000 job with a political lobbying company, before reluctantly resigning before she started, after it was pointed out that an elected MP shouldn’t really be taking money from companies trying to influence parliamentary legislation. A “new kind of Tory” indeed.

So, why does this matter outside Scotland? For two reasons. 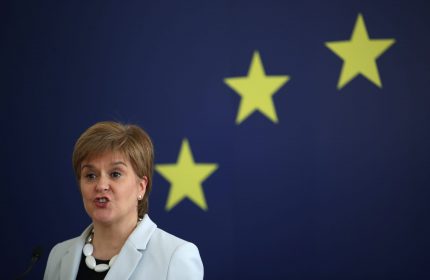 Firstly, the estimated 45 to 50 seats the SNP should win, including 14 Conservative ones, makes it the only likely route for an alliance that could get Jeremy Corbyn into Downing Street. There is no doubt Sturgeon will do a deal – a ‘confidence and supply’ arrangement being more likely than a full-blown coalition. The price would be a Section 30 order, through which Westminster would give Scotland another shot at an independence referendum in 2020 or 2021.

And this would be a very different referendum. The idea of staying within the UK in the interests of strength and stability look less convincing in the era of Brexit and Boris Johnson. More importantly, there is far less opposition to the notion of independence in England. Brexiteers would cheerfully sacrifice the “precious union” to get out of the EU. 50 SNP MPs propping up Corbyn would also persuade many Conservatives that getting rid of the pesky Scots would be a price worth paying.

Meanwhile on the left, many of those who argued passionately that Scotland should not desert them and stay in multicultural Britain now wish they too had a lifeboat out of Brexit, if and when, it goes horribly wrong.

Those 50 Scottish seats could decide who next governs the UK – but don’t rely on them still being around in the election after next.