CJ Werleman unpicks the hypocrisy of evangelicals’ support for Donald Trump, who has exhibited more than a few un-Christian traits

It’s official. White evangelicals are the most morally and ethically stunted voting bloc in the United States of America.

How else can we explain a new Public Religion Research Institute (PRRI) poll which found that white evangelicals are the most unified in their support of US President Donald Trump, with more than eight in 10 (82%) saying that they would prefer him to be the Republican Party’s 2020 nominee?

Moreover, how do we explain the fact that nearly two-thirds of white evangelicals said that Trump has not hurt the dignity of the presidency – whereas clear majorities of all other religious groups said that the current occupant of the White House has damaged the image of the office?

The only way to explain any of this is by concluding that white evangelicals are the most morally stunted voting bloc in the country.

Given that 80% of white evangelicals voted for Trump in 2016, and that his support has only grown among these self-proclaimed “moral crusaders”, not a single moral or ethical transgression made by Trump is evidently out of bounds for today’s most vociferous Bible thumpers.

White evangelicals have heard Trump brag about the size of his penis on live television. They’ve heard him brag about sexually assaulting married women – “Grab them by the pussy” – while married to his then pregnant current wife. They’ve heard him sexually objectify his eldest daughter, saying it’s okay to describe her as a “piece of ass”, and that, if she wasn’t his daughter, he’d be dating her. They’re fully cognisant of the fact that he paid $130,000 to a porn star he was having an adulterous affair with in order to buy her silence during the 2016 presidential election. And they’re aware of the fact that he has told more than 13,000 lies in the three years he has held office.

Trump has courted America’s white hyper-Christians by impersonating them with feigned exultation of the Lord Almighty, but when asked to name his favourite book in the Bible, Trump can’t even cite a single verse, telling reporters he doesn’t “want to get into specifics”.

While demonstrating total ignorance of Christianity’s Holy Book is hardly disqualifies someone from living a life consistent with the values espoused by Jesus, racism, xenophobia, self-aggrandisement, crass materialism, adultery, fraud, bullying the meek, and a total disregard for truth and decency, run counter to the scriptures found in the gospels according to Matthew, Mark, Luke, and John.

“Trump’s unapologetic materialism – his equation of financial and social success with human achievement and worth – is a negation of Christian teaching,” writes Michael Gerson in The Atlantic. “His tribalism and hatred for the ‘other’ stand in direct opposition to Jesus’ radical ethic of neighbour love. Trump’s strength worship and contempt for ‘losers’ smack more of Nietzsche than of Christ. Blessed are the proud. Blessed are the ruthless. Blessed are the shameless. Blessed are those who hunger and thirst after fame.”

In hailing Trump as a quasi-Messianic figure, it’s as though white evangelicals think of Jesus as a freewheeling huckster who stole from the poor to give to the rich, demonised the stranger, and lied and boasted about his deeds, rather than the humble servant of the downtrodden he’s portrayed in the New Testament. 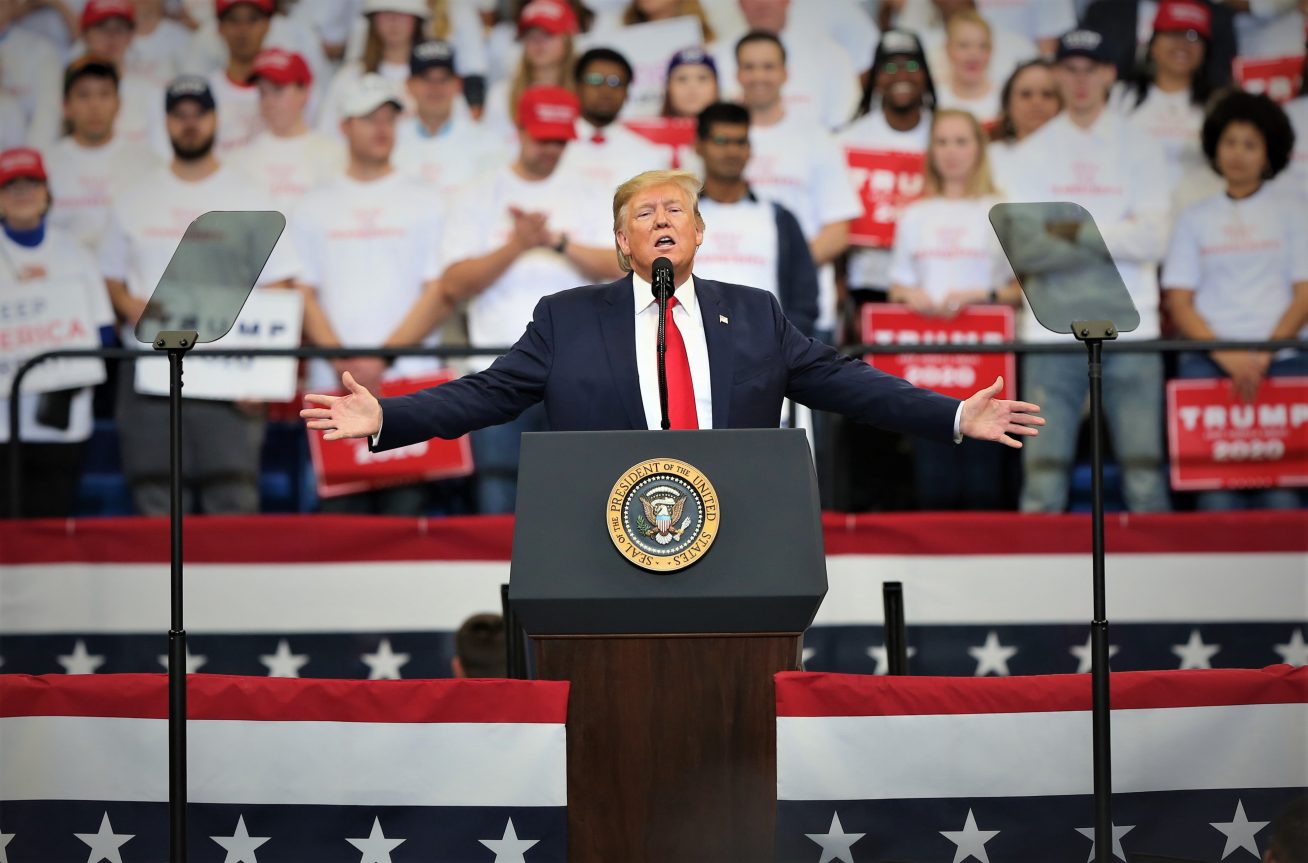 Trump is Encouraging a New Civil WarHow Many Americans Will End Up Paying the Price?

Stubbornly reliable support from white evangelicals has allowed Trump to avoid paying a political price for undermining the country’s democratic institutions, reversing longstanding democratic norms, doing away with hard-fought civil rights gains, and dancing with those who wish to transform America’s welcoming, multicultural identity into a racist, ethno-nationalist state.

“Evangelicals’ tenacious affection for Donald Trump is not a bug driven by expediency,” observes Nancy D. Wadsworth, a scholar who spent decades studying American evangelicals and race. “Instead, it reflects defining features of American evangelicalism that become clearer when we examine the historical record. Doing so reveals that when white conservative evangelicals feel threatened by cultural change, the old demons of racism and misogyny, which lurk at the heart of the American evangelical tradition, return with a vengeance. Trump is just another chapter in that story.”

Trump is politically astute enough to realise that white evangelicals don’t give a darn about how much he stomps on the Constitution or the rights of their fellow citizens, so long as he continues to throw red meat to their holier than thou rationalisations regarding women’s reproductive rights and same-sex marriage.

Despite the flag-waving and obnoxious jingoism, white evangelicals do not love the United States of America unconditionally. Rather, they love it only on the condition that their perceived enemies are vanquished, including liberals, non-white immigrants, LGBTQ Americans, Muslims, academics, know-it-all journalists, and those who blow the whistle on Trump’s violations of the law.

Thus, white evangelicals are the most morally and ethically stunted voting bloc in Trump’s America.