The Royal Society has highlighted the toll already taken by Brexit on the science sector as the “brightest and best” minds opt to stay away from Britain.

The UK’s most prestigious scientific body, the Royal Society, today issued a dire warning that Brexit chaos has already led to a dramatic reduction in EU funding, with many international scientists no longer wanting to come to Britain.

The society’s statement is the complete opposite of the claim made by Boris Johnson that a post-Brexit UK would lead to the “brightest and best” rushing to come here.

The stark figures from the Royal Society reveal that the UK’s annual share of EU research funding has fallen by a third – or around a billion Euros – since 2015. There has been a 40% drop in UK applications to Horizon 2020, the EU’s €11 billion research programme and a 35% decrease in scientists wanting to come to the UK through key schemes and fellowships.

Venki Ramakrishnan, President of the Royal Society, said: “We have seen a dramatic drop in the number of leading researchers who want to come to the UK. People do not want to gamble with their careers, when they have no sense of whether the UK will be willing and able to maintain its global scientific leadership. 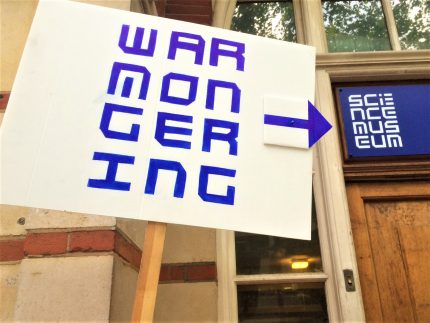 “UK science has also missed out on around €0.5 billion a year because of the uncertainty around Brexit. The potential paralysis of a ‘no deal’ Brexit and the current state of chaos are hurting UK science and that is hurting the national interest.

“Despite Government underwrites in the event of ‘no deal’, Brexit uncertainty is having a clear impact on the UK’s ability to attract funding through the world’s largest international R&D [research and development] investment programme”.

MPs on Parliament’s European Legislation Scrutiny Committee this month flagged up a potentially disastrous situation for the UK in attracting EU funding should the UK crash out of the EU on 31 October. All EU science funding under this scheme ceases on 1 November and the bill will have to be picked up by the UK.

However, the Royal Society highlighted that the EU may not allow the UK to participate at all in a new ambitious seven-year funding programme planned from 2021 because it would be regarded as a third country.

The EU Parliament has said that no future grants should be given to any country outside the EU to “avoid the brain drain from the Union”. This would make it near impossible for scientists to take jobs in the UK and still get EU funding. The EU has said that no grants should be given to private companies for research unless they are based in the 27 EU countries – cutting off all future support to UK-based firms.

Much of the EU funding contributes to cutting edge science – including robotics, nanotechnology , nanoscience and advanced computer science – which Britain leads on.