Boris Johnson’s Government found itself back in court today – this time refusing a request to make its Brexit extension plan into a legal order.

The UK Government will obey the ‘Benn Act’ and send a letter asking the European Union for an extension on Brexit if a deal is not reached by October 19, it has told a Scottish court – without making its plan to do so a legal pledge.

This latest legal headache for Prime Minister Boris Johnson came at Scotland’s Court of Session today, where a number of MPs, as well as businessman Dale Vance, are petitioning for the court to pass an order forcing the Government to obey the Benn Act or face the consequences of being found in contempt of court.

The court was assured by the Government that it would obey the Act and that a court order to this effect was unnecessary. Yet, when the presiding judge Lord Pentland asked the Government’s lawyer, Andrew Webster QC, if this could be converted into a sworn statement, Webster refused saying “it wouldn’t make a difference”. 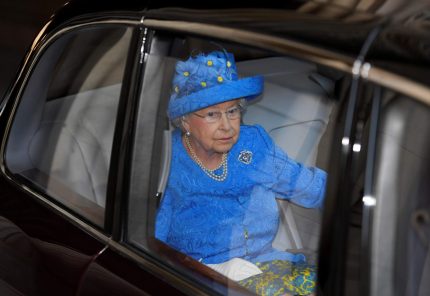 Lord Pentland shot back: “Public authorities often give undertakings, it’s a legitimate question, and gives the court contempt jurisdiction… If they breach an undertaking they have given this court, that’s contempt, simple as that.” But, the request was again refused leading the judge to say, over the objections of the Government’s counsel: “In the balance of this case we must regard the refusal of the Government to give an undertaking to the court when asked to do so.”

Earlier, the court had heard from Aidan O’Neill QC, one of the key counsel in the recent landmark prorogation case at the Supreme Court, who argued that the Government was giving assurances to the court but telling journalists and Parliament that the country would be leaving the EU on 31 October, whatever the Benn Act said. “There is no free-standing ideal of government policy being achieved unlawfully,” he observed. “If they don’t want to write the extension letter they have to change the law via Parliament… They say they have a ‘get out of jail’ card, but they won’t tell us what it is.”

O’Neill asked the court to pass a binding order on the Government, rather than just rely on its assurances, remarking that the Prime Minister’s “self deception exceeds his ability to deceive others” and that “he thinks he is an honest man sent by God to lie to foreigners, he is not an honest man and isn’t just lying to foreigners.”

Lord Pentland said that he would make a ruling on Monday. With another case due to be heard in Scotland’s Inner House of the Court of Session on Tuesday, neither the Government nor Johnson have to look far ahead for further legal peril.

Sam Bright, 6 May 2021
As the United States withdraws from the country, its forces have relied on aerial bombardments, with devastating consequences for the civilian population