Shocking revelations from 8,000 pages of transcripts of Gabbard’s spiritual guru reveals racism in the sect at the centre of her life and her 2020 presidential campaign.

Questions about Tulsi Gabbard and her family’s ties to Chris Butler, a self-styled guru and founder of an offshoot organisation of the Hare Krishna movement called The Science of Identity, have dogged the 2020 Democratic Party presidential candidate since the moment she ran for a seat in Hawaii’s state house aged 21 in 2002.

Whereas the now 38-year-old has dodged and deflected the influence and role Butler and his sect have played in shaping her views in the past, she has become more forthright about her association and involvement with him in recent times, telling The New Yorker in 2017 that Butler had shaped her Hindu identity. She expressed her “gratitude to him for the gift of this wonderful spiritual practice that he has given to me”, adding that she had never heard him say an unkind thing.

This is a curious claim given Butler’s attitude towards homosexuality is well-documented, including accounts of him routinely describing gay people as “faggots” and “demonic” – views that have also been expressed by Gabbard publicly in the past, including the time she accused The Honolulu newspaper of “acting as a conduit for the homosexual extremist supporters” of her father’s political opponents on the council of the Wai’anae-to-Ewa district in 2004.

It is time for Gabbard to be honest with the American public about her ties to a peculiar and bigoted religious-based cult.

Gabbard has since renounced her previously held anti-gay views, at least in public, claiming that she experienced a “gradual metamorphosis” on the issue after experiencing more of the world during her overseas military deployments.

However, she must answer further questions about her ties to Butler now that a source close to Science of Identity has leaked to me previously unheard audio recordings of her guru describing Muslims in the most viciously racist ways imaginable, alongside what appears to be a 2018 video of Gabbard attending a ceremony in which she and other attendees are seen giving praise to an altar carrying a framed photo of Butler.

The tapes and the accompanying transcripts, which run to more than 8,000 pages, document lectures given by Butler to his flock in Hawaii from the late 1960s to 2006.

While much of the content deals with Hinduism, Hare Krishna beliefs in general, and the virtues of sexual and moral purity, Butler’s lectures are laced throughout with what can only be described as extreme hostility towards both Muslims and homosexuals.

“They [Muslims] are demons. They’re demons that go ‘Allalalalah’. It’s bullshit. But everyone is afraid of them, and Christians are so f*cking passive. So-called Christians are just watching the faggots take over. Watching the Muslims cut their throats. They’re just cowards because they’re afraid to tell the truth in case of what happens,” says Butler in one lecture, whose words are followed by the encouraging laughter of his followers.

In another, he says: “There’s absolutely no value in putting up with this dog shit [Islam] in the name of tolerance.” He then goes on to compare Islam with Communism, arguing that once Communists come to power “you’re dead, you’re finished, you’re gone… It’s the same with the so-called Muslims.”

One of Butler’s central themes about Islam is his claim that it is a religion spread exclusively by the sword and he dismisses the idea that Muslims are capable of finding their faith on their own accord through “inspiration” or “logic”.

“I’m not in a mood to be tolerant towards so-called Muslims,” he says. “The fact is that Muhammad got his followers through the sword and, ever since that time, they’ve developed their philosophy. Their philosophy is you get your swords, you go to another country, and then you get your swords and then you put your swords to the throats of the people in that country and you say, ‘worship as we worship God or we will kill you.’”

Butler also falsely claims that Islam spread to India and destroyed Hinduism, contending that “when the Muslim invaders entered India, they engaged in the most demonic of activities” and that “instead of having faith in God, they engage in demonic activism to force people into becoming members of their own team, or their so called religion by force,” including smashing Hindu temples, erecting mosques in their place and “shoving meat into the mouths to make them so-called Muslims, so that they’ll longer be accepted by Hindu society.”

He is also fond of mocking Islamic culture and claims that Muslims are producers of art only because their religion does not permit illustrations of the Prophet Muhammad.

“Muslims make a lot of nice paintings,” he says. “A lot of scribbles! Ever see a Muslim rug? It’s very beautiful, very fancy, all kinds of scribbles. Why? Because they can’t depict anything other than scribbles or they go to jail. They think God is a scribble. When they leave this body, all they’ll see is scribbles and flowers and onions and the sword, of course.”

These tapes make clear that Butler views Islam as a geopolitical threat and a potent source of global instability. And it is through this lens that Butler views all geopolitical struggles, including the 70-year long rivalry between India and Pakistan over Kashmir, claiming: “Now these nut cases are trying to get the atom bomb. Oh, great! Accept Allah or we blow up your country. There’s only one reason Pakistan hasn’t dropped atom bombs in India? That’s because there are 200 million Muslims still in India. As soon as they leave – BOOM!”

Science of Identity in Gabbard’s Campaign

Ian Koviak, an Oregon-based book designer who has produced jacket covers for some of the world’s bestselling authors, is a former devotee of Butler, having joined Science of Identity as a 10-year-old after his mother was introduced to the guru’s teachings through a friend.

Koviak says the voice in the recordings most certainly belongs to Butler, as do the words attached to the 8,000 page-long transcript.

Gabbard must now not only answer questions about her ties to Butler and the Science of Identity, but also those that ask how deeply entrenched the sect is embedded within her 2020 presidential campaign.

Christine Gralow, a journalist who has contributed to The New York Times, has tracked the relationships and influence of known Science of Identity members since becoming a resident of Hawaii. At considerable risk to her life, Gralow has posted a great many of her investigative insights into the sect on her community-based website MeanwhileInHawaii.org.

“Nearly her entire inner circle of her campaign are Chris Butler followers,” Gralow told me. “Her sister, parents, husband, and chief of staff are all active members of the Science of Identity.”

A former campaign assistant to Gabbard, who agreed to speak to me on the condition of anonymity, affirmed this. “The cult completely runs her campaign, from members of her family to people who have worked in her or her father’s office, to people who work in cult front business operations who are now on her campaign team,” they said. “The cult has sent members to the primary state locations in New Hampshire and Iowa because they will work for free. People who are not American citizens are actively working on her campaign.”

Who is Tulsi Gabbard? 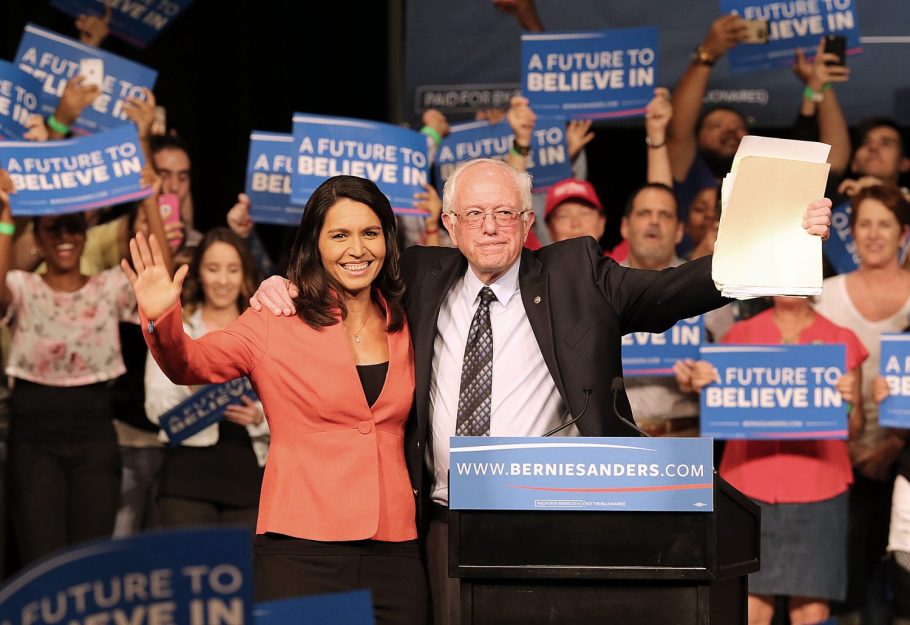 In a 2018 video sent to me by Gralow, Gabbard can be seen wearing a black top as she stands next to a white awning pole and in front of what appears to be a candlelit altar that carries a framed photograph of Butler, while a band – whose drummer is Gabbard’s husband Abraham Williams – plays a tune from the other side of the property’s pool. The attendees, including Gabbard, can be seen queuing up as they wait their turn to pay homage or lay a wreath of flowers in honour or worship of Butler.

“I also remember Chris Butler held this larger than life presence in my childhood,” writes Lalita, a former devotee, in an article titled An Insider’s Perspective on Tulsi Gabbard and Her Guru. “Everything I did I had to think about how it benefitted him. He was my parents’ spiritual master and they looked to him for guidance on everything, from what to eat, to how to raise their children, and they did it all without question.

“I was raised to believe Chris Butler was God’s voice on earth, and if you questioned him or offended him in any way, you were effectively offending God… So questioning the leader was spiritual suicide, which was seen as worse than death. So no one questioned. Chris Butler also would ridicule the intelligence of anyone he didn’t like, belittling anyone he felt was questioning his authority even slightly. He demanded the utmost dedication and loyalty from his followers and if he didn’t get it, the punishments were swift and severe.”

This was something Gabbard was born into and has been at the centre of her life. It is not something easily bled out, according to Gralow. Butler has held the Hawaii Congresswoman under his spell since early childhood and has shaped who she is as an adult and politician today – as she herself has said.

Gabbard Must Come Clean About her Background

Gralow, who has also heard the audio recordings, affirms that it is Butler delivering the lectures. She has had a number of former Science of Identity devotees agree with this.

Butler has been heavily involved in Hawaii politics since his early followers created the Independents for Godly Government’s Political Party on Maui in the 1970s. It would seem that, in Gabbard, Butler has his first realistic – albeit slim – chance of realising his dream.

It is worth noting that it wasn’t that long ago that American voters had questions and concerns about a Mormon – Mitt Romney – or Catholic – John Fitzgerald Kennedy – occupying the White House, the fear being that the person feels accountable to an outside authority rather than the Constitution and citizens of the United States. But, Science of Identity is hardly a mainstream religion, it is a bona fide cult, one that was led by an individual who holds an almost violent hatred of Muslims and homosexuals in every fibre of his being. 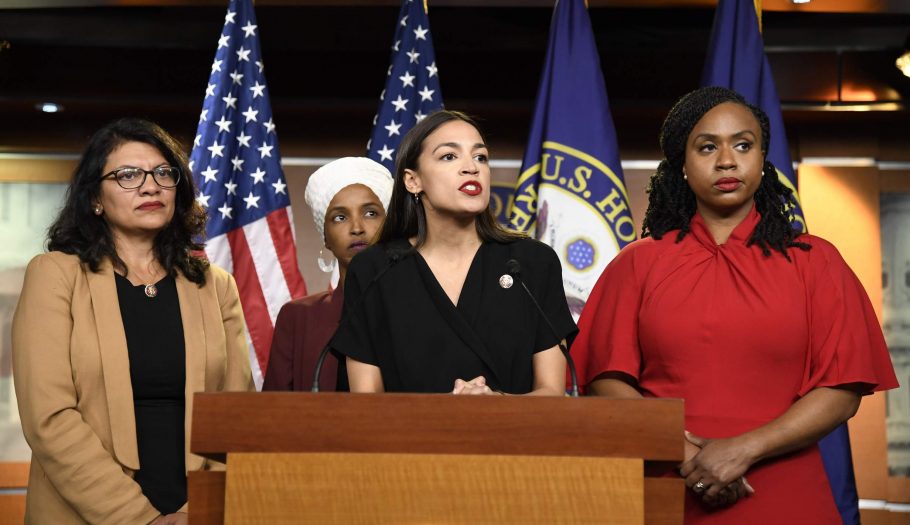 “The anti-Muslim animus comes not only from her Islamophobic guru but also from her constant misuse of ethnic slurs, such as ‘Wahhabi/Salafi’ etc. very ignorantly as if they are the same thing,” Gabbard’s former campaign assistant told me. “She has been asked repeatedly to stop using these terms she does not understand. Any Arabic speaker or person from the region could hear her butchering these terms and know she is doing it for purposes of fear-mongering.”

Gabbard has shared Butler’s anti-homosexual views in the past and long espoused attitudes that are equally as hostile towards Muslims and Islam as Butler. These include support for a bill described as “racist and xenophobic” because it placed a halt on refugees from certain Muslim-majority countries entering the country; blaming the civil wars in Iraq and Syria on Islamic “theology”; the minimisation of violence against Muslims in India; smearing the Syrian dictator’s political opposition as “Salafi Wahabists”; and the enormous amount of political donations she has received from Muslim-hating groups and individuals in India.

It is clearly time for Gabbard to be honest with the American public about her and her campaign’s ties to a peculiar and bigoted religious-based cult.

‘Real Boot on the Throat Stuff’: Why the BBC is Facing the Fight of its Life

Steve Shaw, 18 February 2020
Steve Shaw reports on a new agreement under which Tibetans crossing into Nepal to escape China's oppression will be forced to return to the Communist country.
Filed under:
Reportage China Foreign Affairs Nepal Tibet

Walking in the Shoes of An Organised Crime Boss: How Government Policies Put a Spring in their Step