MONSTER POWER: Steve Bannon’s Crucial Role in the Radicalisation of the Far Right

Violet Hargrave, aka Secret Gamer Girl, has watched white supremacism spread out from 4chan and other fringe sites to become a violent mainstream force.

We presently have, for lack of a better term, a serious Nazi problem. White supremacists are openly marching in the streets and committing mass murder so frequently it’s nearly impossible to keep on top of every incident.

It may seem like this all just happened overnight, but this explosion of proto-fascism can all be traced back to two major sparks, exactly five years ago, in August of 2014, from the website 4chan.org.

Founded in 2003, 4chan has long held a certain notoriety as something of a clubhouse for edgy teens trying to one-up each other with tasteless jokes, skirt the edges of the law, and generally try to establish themselves as the bad boys of the internet.

However, particularly in recent years, it would be far more accurate to describe the site as a petri dish for cultivating hate and terror. The site’s general embrace of irony, play-acting, and offensive humor has allowed a variety of neo-nazis, “incels,” and other hate groups to gain a firm foothold and start recruiting, with both the site’s regulars and the world at large taking it for edgier roleplaying as it all grew more and more sincere, like the proverbial boiling frog. 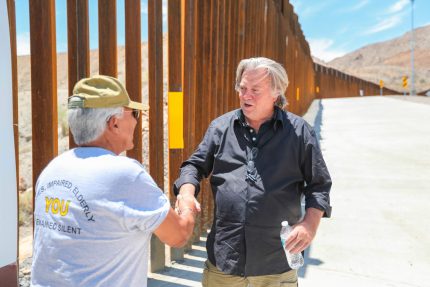 Most of this hate was traditionally contained to the site, where the lack of identifying information on any given post, and the speed with which they fade from memory encourages a certain boldness that doesn’t carry over to less anonymized parts of the internet. But since around 2007 posters have had a tradition of conducting “operations” outside of 4chan.

Two such operations began in earnest in the middle of August 2014. A general campaign to egg on violence towards Black Lives Matter protesters, largely taking the form of impersonating members and encouraging violence towards police and mass-looting. The second concerned the ‘Gamergate’ scandal around allegations of sexism in the gaming industry. The women who complained then became the centre of a complicated conspiracy theory centered around a 4chan regular and his ex-partner.

This latter operation caught the interest of D-list celebrity Adam Baldwin, who spread it around with the catchy new moniker ‘Gamergate’. This bridged the gap between 4chan and the older demographic comprising the bulk of Baldwin’s social media audience. It cross-pollinated and combined to create a hate mob of unprecedented size and tenacity, with no real discrimination, targetting racial minorities, queer people and Jews with a combination of direct harassment, stalking, letter-writing campaigns to employers and advertisers, rumor-mongering, and outright terrorism.

Realising that the mob was motivated by a combination of right-wing hate and the search notoriety, Steve Bannon, chairman of the far-right “news” site Breitbart swept in quickly, dedicating a large amount of the site’s output to “Gamergate coverage” actively embedding writers in the main coordination hubs, most notably Milo Yiannopolos.

EXCLUSIVE The Transatlantic Triumph of Trumpism: Boris Johnson – A Plan Years in the Making 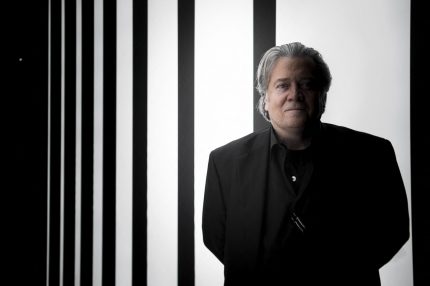 As a former investment banker who had also spent time with a commercial operation mining gold for the World of Warcraft online multiplayer game, Steve Bannon had learned of untapped energies of online gamers. “These guys, these rootless white males, had monster power,” he said according to Devil’s Bargain: Steve Bannon, Donald Trump, and the Storming of the Presidency by Bloomberg reporter Joshua Green

“I realized Milo could connect with these kids right away,” Bannon told Green. “You can activate that army. They come in through Gamergate or whatever and then get turned onto politics and Trump.”

Bannon’s dedication to the Gamergate story soon left him as its de facto leader as it partially detached from its roots on 4chan, with a decentralised strategy. Different websites (Reddit, 8chan, Kiwi Farms) were each used for different stages of an attack, proposing targets on one, researching private information on another, and using a third to post form letters and general plans of attack, to maximise plausible deniability.

From 2016, Bannon and others began using Gamergate’s infrastructure of astroturfing rumors, destroying reputations, and affinity for intimidating enemies into silence for a new purpose – making Donald Trump President of the United States.

The Pivot to Trump

Anyone keeping tabs on old 4chan harassment accounts was able to watch in real time as they abandoned their previous identities in favor of MAGA banners. At the same time another Bannon-lead company, Cambridge Analytica set to work mining data from Facebook to best target propaganda and campaign ads. Bannon himself was officially made the manager of Trump’s campaign in August of 2016.

This is not to say that Trump’s rise to power was entirely the product of Bannon harnassing a bunch of neo-Nazi 4chan posters. Russian interference also played a clear role, and several other figures helped bankroll things, such as Oculus founder Palmer Luckey and Facebook investor Peter Thiel.

After Trump’s inauguration, these neo-nazis who believe they had delivered him to victory have only become bolder. Neo-Nazis regularly march in the streets with police escorts. They post manifestos on the same sites used by Gamergate to coordinate the dirtier aspects of Trump’s campaign. When Trump openly calls for those who oppose nazism to be classified as terrorists and fights to repeal civil rights, it looks like he supports them as much as they support him.