Court reporter James Doleman on the momentous ruling by the highest court in the UK which has found the Prime Minister acted unlawfully in advising the Queen to prorogue Parliament.

The Supreme Court has unanimously ruled that Boris Johnson’s suspension of Parliament was unlawful and therefore null and void.

Like many cases which seem complex at first, this one came down to two simple questions. Firstly, did the court have the authority to intervene in the decision or – in legal jargon – was the issue “justiciable”? Secondly, if it was, did the Prime Minister, the head of the UK Government, act unlawfully in asking the Queen to suspend Parliament?

In the case brought by the businesswoman and campaigner Gina Miller previously, the High Court in London was adamant that it had no role to play in the prorogation of Parliament and that the issue was outside of its competence – a matter of politics, not the law. Yet, the case brought by SNP MP Joanna Cherry QC in Scotland resulted in the Scottish Court of Session deciding that it was the job of the courts to uphold the constitution and the supremacy of Parliament.

Understandably, this was the nub of the Government’s case in the Supreme Court. Lord Keen of Elie, the Advocate General for Scotland and Westminster’s man in the Scottish legal system, used almost all of his allotted two hours on this point. This was a matter of high policy, he argued, a prerogative power the Government could use whenever it liked. He noted that the only legislation on the issue – the Fixed Term Parliaments Act – was silent on prorogation, leaving it in the hands of the Government. 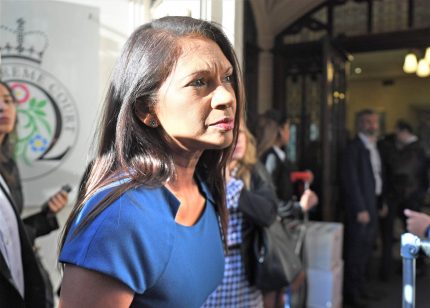 What standard did the Supreme Court have to rule on this? he asked. What could possibly be the basis of its decision? He advanced the argument that, even if prorogation had been secured by illegal means such as bribery, it didn’t matter. The judges could think what they liked, it had nothing to do with them, nothing to do with the law.

However, for the claimants, QCs Aidan O’Neill and Lord David Pannick, profoundly disagreed. Prorogation meant that Parliament was gone, no questions could be asked, no committees could meet or report, nothing could be done to hold the executive to account. The Supreme Court was “the last constitutional actor still standing”. If it could do nothing, what was to stop a future Prime Minister from proroguing Parliament for years on end?

This was the first thing Lady Hale and her fellow justices had to decide.

Next, was the Government’s suspension unlawful? The claimants argued that propagation was normally a short technical measure to allow for a fresh Queen’s Speech, but that this five-week suspension was not for that purpose, but to frustrate Parliament obstructing Boris Johnson’s plans to achieve a ‘do or die’ Brexit by 31 October. This, they said, as the Scottish court had ruled, was a breach of the duty of all public officials to act honestly and in good faith.

Much was made of the lack of any sworn statement provided by any Government official about its motives for prorogation. Why hadn’t Johnson or the Cabinet Secretary declared, under oath, that they had no other reason for their decision other than to have a Queen’s Speech? Were they worried about being held in contempt of court, of being convicted for perjury? 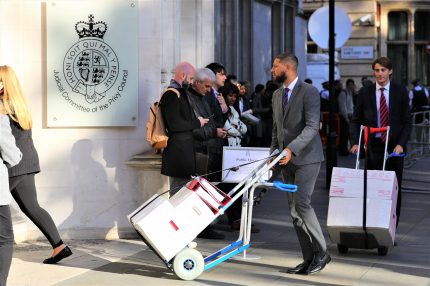 Parliament is the senior partner of the three pillars of the constitution, the one part elected by the people, the heart of democracy. In the most memorable line in a hearing full of them, Mr O’Neill pleaded with the justices not to allow “the mother of Parliaments to be shut down by the father of lies”.

Understandably, counsel for the Government spent little time on this, apart from making a few points about the closure of Parliament only being for a few days when the usual conference recess was taken into account. The court could go hang, Government had the unfettered power to prorogue the legislature and had used it, anything else was “academic”.

But, the court didn’t buy it.

In her ruling, watched live by millions, Baroness Hale, the President of the Supreme Court, was utterly clear. The court did not have to consider Johnson’s motive. All that mattered was the effect, in this case to shut down Parliament, on the vital issue of Brexit and the stopping of democratic scrutiny of the executive – a direct breach of the country’s unwritten constitution.

It is of course too early to tell what will come next. However, one thing is clear: this ruling by the final court of appeal in the UK throws a bomb into the centre of Boris Johnson’s Brexit policy, and the consequences that will flow from it are utterly incalculable.