Following the Buzzfeed and Bellingcat revelations about his role brokering a deal with La Lega Nord, Zarina Zabrisky provides a timeline of Dugin’s career and his connections to Russian Intelligence.

An important role in these negotiations belongs to a Russian far-right ideologue, Aleksandr Dugin, who Savoini met in Rome and in Moscow.

Dugin’s father, Geli Alexandrovich Dugin (1935–1998), was a Lieutenant General of the GRU and the Main Directorate of the General Staff of the Armed Forces of the USSR, the largest foreign intelligence agency.

He left the family when his son was three but used his high-ranking position to get his son out of trouble, according to Charles Clover, author of Black Wind, White Snow: The Rise of Russia’s New Nationalism.

In December 1983, Aleksandr Dugin was arrested by the KGB after performing an anti-Soviet song at a concert in Moscow. He collaborated with the agency by providing information and was released. As a punishment, his father was then transferred from the GRU to customs control. In 1986 to 1988, Dugin was a member of a group called Pamyat run by a KGB informant.

In 1989 to 1992, Dugin made several trips to Europe. Trips abroad for citizens with KGB arrest records were not granted unless they served as informants or recruiters. His explanation – that he funded the trips through the revenues of sales of 100,000 copies of his two books published in 1989 – does not stand up to scrutiny as Russia experienced a major economic crisis in 1991 and the revenues would not have been sufficient.

In 1991 to 1992, Dugin invited the leaders of the ultra-nationalist movements he had met during these visits to Europe to come on paid trips to Moscow. He attempted to form an alliance between them and the staff of the Academy of the General Staff of the Russian Armed Forces – the premier officer-training establishment for the Soviet (now Russian) Army – where, by 1992, he became an adjunct professor and a guest lecturer.

The Rise of Ultra Nationalism

In December 1990, Dugin joined the editorial board of an ultra-nationalist weekly Den’ (later Zavtra), funded by the Ministry of Defence.

Den’ played an active role in preparing and supporting the August 1991 coup, when a small group of KGB generals and top military personnel called siloviki made an attempt to restore the USSR. Dugin, self-admittedly, sided with the coup’s leaders.

It was the founder and editor of Dens‘, Aleksandr Prokhanov, a writer with known ties to the Communist Party and the military who helped Dugin to obtain the position at the Academy of the General Staff through General Igor Rodionov, the commander of the General Staff Academy. In 1996, Rodionov was appointed the Russian Defence Minister and, during the same period, Dugin worked for the Russian Federation’s Ministry of Defense’s magazine Orientiry (Landmarks).

In 1997, Dugin wrote his major book Foundations of Geopolitics. General Nikolai Klokotov of the General Staff Academy served as an official consultant, and Colonel-General Leonid Ivashov, head of the International Department of the Russian Ministry of Defence, also may have served as an advisor. The book is currently used as a textbook in Russian state military schools.

John Mitchinson on the ideologue who revived ‘Eurasianism’. Is Dugin really the Rasputin behind a more aggressive Kremlin? Or is he another post-truth prank?

In the 1990s, Dugin prepared information for the administration of the president while working for the analytical department of Russian Gold. The founder and president of Russian Gold, Alexander Tarantsev, linked with organised crime and accused of contract killings, tax evasion and smuggling, financed a new edition of Foundations of Geopolitics in 1999.

In 1998 to 1999, Dugin still taught at the Academy of the General Staff of the Russian Army and was also an advisor on geopolitics to Gennady Seleznev, a major player in Russian politics and a State Duma Speaker.

On 28 March 2000 – a day after Vladimir Putin, a former KGB officer and head of the FSB, won the Russian presidential election – Dugin published an article titled The Dawn in Boots (referring to the iconic boots worn by the Cheka, the early Bolshevik secret services), calling the KGB the future “backbone of the Eurasian Renaissance” and the “Ruler”.

In autumn 2000, Dugin was introduced to Putin.

The Eurasian Movement and Funding

In 2001, Dugin co-founded and chaired a political party, Evrazia, with a KGB veteran Petr Suslov, who served in a unit which conducted special operations abroad.

Financial and logistical support for Evrazia was provided through regional organisations of KGB/GRU veterans.

Suslov is reported to have broad connections within the leadership of the FSB, the Presidential Administration.[x] Artyom Kruglov, the editor of the Putinism site, said in an interview that the assassinated ex-Russian spy Alexander Litvinenko mentioned Suslov as one of the coordinators of assassinations in the 90s.

Evrazia was supported by a part of the staff of the Presidential Administration. Dugin organised a nationalistic forum on the premises of the KGB veterans club and the board included Vladislav Revsky, the chairman of the club and an ex-KGB officer with 10 years of experience in Vympel, a special operations unit attached to the First Chief Directorate of the KGB.

By 2003, Dugin’s party branched out to form the International Evrasia Movement, registered by the Ministry of Justice of the Russian Federation at an official ceremony.

Its first convention took place at the President-Hotel in Moscow, with security provided by the federal security service reporting directly to Putin. According to investigative journalist Marina Latysheva, the main function of Evrazia was the preparation of analytical reports on foreign policy for the Administration of the President.

Dugin also served as the chairman of the International Eurasian Movement executive committee. A Vice-chairman, Mikhail Gagloev, the owner/shareholder of Tempbank, reportedly had connections to the secret services and was later sanctioned by the US for its role in the annexation of Crimea in 2014. The bank was closed in 2017 due to bankruptcy.

(At the time of revocation of the license, the supervisory board included Andrei Dubinyak , a former deputy chairman of the board of Bank of Support of the Armed Forces and Defense Industry; Leonid Reshetnikov, Lieutenant-General, former head of the Information and Analytical Department of the Foreign Intelligence Service of Russia, currently a member of the Public Council under the Ministry of Defense headed by Sergei Shoigu and Alexander Babakov, State Duma Deputy.)

Mikhail Leontyev, an associate of Dugin, and a spokesman and VP for Russian state oil company, Rosneft, was a founding member. Leonytev was picked for his Rosneft position by its CEO Igor Sechin, one of Putin’s closest allies, a long-time friend and the KGB colleague from Leningrad and reportedly the most powerful person in the Kremlin after Putin. Dugin allegedly has ties with Sechin and, in 2014, wrote that “Sechin, Sergey Ivanov, the Minister of Defense, the army and GRU” were ready to accept his Eurasian theory.

Dugin’s Link to Russian Intervention in the US Elections

The Eurasian movement was also supported by several leading Russian Orthodox Church priests, including father Vsevolod Chaplin, the right hand of Patriarch Kirill of Moscow, allegedly a former KGB officer, and Nikolai Patrushev, a former KGB officer from Leningrad who served as Director of the FSB (Federal Security Service, the main successor organisation to the Soviet KGB) from 1999 to 2008, and a Secretary of the Security Council of Russia, a consultative body of the President that works out his decisions on national security affairs, since 2008.

In 2003, Dugin co-featured on the government-funded main TV Channel One with Marat Gelman, the Channel’s Deputy General Manager, responsible for implementing the Kremlin’s views and close to Vladislav Surkov, Deputy Prime Minister, who also worked with Dugin on several Kremlin-backed political initiatives. Dugin was also on the channel’s managing committee.

In 2004, Dugin attended a forum on the Greek island of Rhodes organised by the Centre of National Glory, a group which had a board of trustees including the highest-ranking state officials close to Putin. These include Sergei Ivanov, the Minister of Defense and a former KGB officer; Viktor Cherkesov, head of the State Drug Control Agency; Georgy Poltavchenko, the president’s plenipotentiaries in the North-Western and Central federal districts; Vladimir Kozhin, the President’s Administration Manager

They also include Vladimir Yakunin, the first Vice-President of Russian Railways at the time, and a former KGB general, sanctioned by the US Government for his role as Putin’s confidant.

Yakunin is the head of the Dialogue of Civilisations Research Institute (DOC-RI) established in Berlin in 2016 and named the “instrument of Moscow’s hybrid warfare” against the West.

Yakunin is also a former boss of the husband of Natalia Veselnitskaya, the Russian lawyer implicated in the Trump Tower scandal and indicted by the Special Counsel Robert Mueller’s probe. He is an editor and publisher of two anthologies by Dugin published by his think tank. In his book Russian School of Geopolitics, Yakunin quoted Dugin eight times.

This timeline has focused on the main career highlights of Alexandr Dugin and, incomplete as it is, it appears to explain his involvement with the European far-right better than his books. 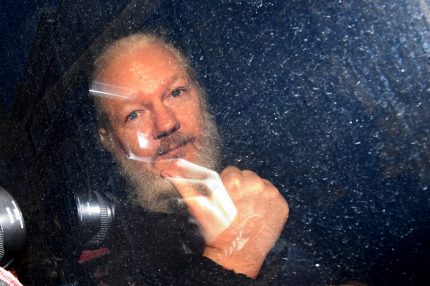 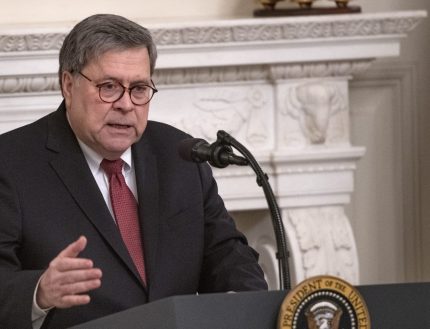 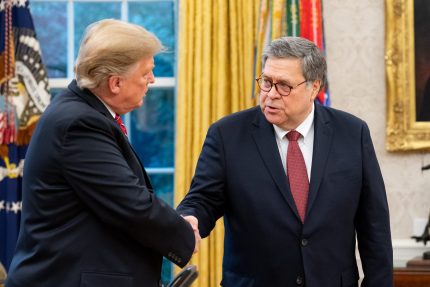