£1.46 billion has been paid out in tax credits erroneously as civil servants are tasked with dealing with Brexit matters, according to the National Audit Office.

More than a billion pounds has been paid out unnecessarily to those claiming tax credits as HM Revenue and Customs (HMRC) has sacrificed the monitoring of fraud and error so it can meet deadlines for Brexit, the National Audit Office (NAO) has revealed.

Over the past year, £22.9 billion has been paid out in tax credits to millions of people – £1.46 billion of which has equated to overpayments. A report published by the NAO on Friday revealed that the switching of 270 civil servants in HMRC, tasked with checking error and fraud among people claiming tax credits, to prepare instead for Brexit, has had a big impact on the rise in rates of error and fraud.

It said: “HMRC expects the rate of error and fraud to increase to around 6.8% in 2018-19, remaining above the 5% ministerial target. This is partly because HMRC reduced its capacity to work on error and fraud by moving 270 full-time equivalent staff from benefits and credits activity to EU exit workstreams in 2018-19, although it expects most of these roles to be backfilled through recruitment.”

The losses are the highest since 2011 and has led to the NAO qualifying the accounts of HMRC as inaccurate for the fifteenth year running since former Labour Chancellor Gordon Brown first introduced tax credits in 2003.

They come on top of figures from the Department for Work and Pensions (DWP) which disclosed that, in the last financial year, benefit error and fraud has been running at record levels. Altogether, the level of known error and fraud in both departments has now been revealed to total a record £7.5 billion.

Tax credits are paid to poor families with the aim of reducing child poverty to supplement the money they receive from low wages. They are due to be subsumed into the new Universal Credit benefit, but this will not now be completed until 2023 as UC’s introduction has fallen years behind schedule due to the mess and hardship created by the policy.

EXCLUSIVE A Department in Disarray: The Secret Memos Revealing the Truth Behind the ‘Back to 60’ Pensions Scandal

“It has decided not to deliver some projects that would have modernised parts of the tax credits system and could have reduced levels of error and fraud by helping claimants to submit correct and complete information at the outset,” it added.

Last year, Sir Jonathan Thompson, chief executive of HMRC, told the Commons’ Public Accounts Committee: “We have to make a strategic decision – ‘am I going to invest in this, given the other choices and challenges I face?’ – and the decision was made to prioritise other things and not this.”

It appears that the accumulated debt built up by tax credit claimants is likely to be dumped on the DWP when it transfers more people onto Universal Credit.

The NAO report said: “HMRC held more than £6.2 billion of tax credits debt at the end of March 2019. Most of this debt is being pursued directly with claimants rather than being recovered from deductions from ongoing tax credits awards.

‘It’s Just Crazy, People are Going Hungry’ – A Day in the Life of Food Bank Britain

The report estimates that, by 2023, some £6.8 billion of debt will be transferred to the DWP – if the DWP is willing to accept it.

The civil servants’ switch comes after a privatisation scandal at HMRC which saw American firm Concentrix sacked by the department after it ended the tax credits of more than 108,000 people on “flimsy” evidence – a third of whom successfully appealed the decision. However, the private contractor’s staff were later taken back by the department in-house to continue monitoring fraud and error.

Sam Bright, 17 June 2021
A Conservative MP and her husband own a firm that has signed a deal with a company in her constituency 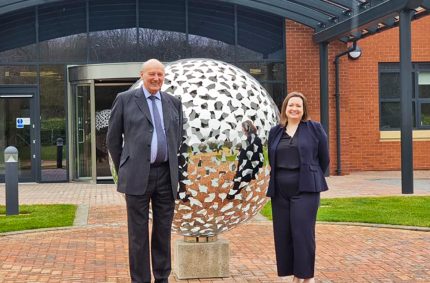 Sam Bright, 16 June 2021
Concerns have been mounting about the local council’s use of recovery funds following the 2017 fire, reports Sam Bright 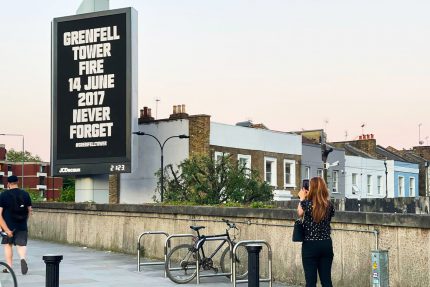