Momentum builds to start exploring Venus, with India leading the way. Venus could hold the secret to understanding what makes a planet habitable.

“Once Earth’s twin, today Venus is a hellish abode where surface temperatures reach more than 400 °C, atmospheric pressures slam down with enough force to crush heavy machinery and clouds of sulfuric acid blow through the sky. If researchers could decipher why conditions on Venus turned so deadly, that would help them to assess whether life might exist on some of the thousand-plus rocky worlds that astronomers are discovering throughout the Galaxy.”

Reef Islands on the Rise

Some reef islands may grow due to sea level rise rather than submerge. Reconstruction of reef island formation in the Maldives suggests the possibility that not all islands will shrink as climate change progresses.

“Rising seas pose serious threats for low-lying coral reef island nations. Widespread assumptions hold that encroaching waters will affect all reef islands in the same way, with many disappearing beneath the waves. However, emerging evidence, including new research by East et al., suggests that reef islands form differently in different settings, and some might actually grow as waters rise.”

New research suggests a moderate number of very hot days (daily maximum temperature above 35 °C) and drought would have a positive effect on wine vintages, however, sustained warmer and drier conditions as predicted under climate change models would negatively affect wine production.

“Climate change is of major relevance to wine production as most of the wine‐growing regions of the world are located within relatively narrow latitudinal bands with average growing‐season temperatures limited to 13–21 °C.”

An analysis of 6,900 companies’ corporate disclosures, published in Bloomberg this week, show that although companies recognise $1 Trillion potential in climate change risk predominately from carbon taxes and higher insurance premiums, they estimate $2.1 trillion potential in new climate-friendly products and services.

“The research group also tallied up $970 billion at risk—more than half of it anticipated within 5 years—from the disclosures of 215 of the world’s largest 500 companies.”

A closer look at Aurora Borealis

Data mining of 15 NASA satellites from NASA, the National Oceanic and Atmospheric Administration, the European Space Agency, and the Japan Aerospace Exploration Agency has provided the most unified and comprehensive simulations of auroral substorms caused by solar flares. Such storms damage power grids.

This process allowed the team to track the system of currents that pulse around the planet as a substorm grows, expands, and recovers, including the wedge of current in the magnetic field’s nightside tail, the ring current above the planet’s equator (which is enhanced during a substorm), and the jets of particles that arc toward the poles to generate the aurora.

The US has recently experienced one of its worst tornado outbreaks of the past decade, with more than 500 reported over 30 days. The number so far this year is also more than 200 above average.

“Scientists have relatively low confidence in detecting a link between tornado activity and climate change. They cannot exclude the possibility of a link; rather, the science is so uncertain that they simply do not know at this point.”

The common glue ingredient polyvinyl alcohol (PVA) has been discovered to be the missing ingredient in our ability to grow massive amounts of ‘haematopoietic’ blood stem cells (HSCs) in the laboratory. Currently it has only been tried on mouse blood, but if successful on human blood it could be an enormous step forward in helping people with genetic blood disorders such as sickle-cell disease.

“Researchers have managed to grow large numbers of blood-forming stem cells in the lab using a surprisingly simple ingredient found in glue. And when injected into mice, the cells started producing key components of blood.”

Jet Fuel from the Sky

A new technology is being trialled in the Netherlands that could create jet fuel from air.

“An airport in the Netherlands could be home to the first plant making renewable jet fuel from air, under a co-operation agreement signed by European aviation firms signed on Friday. “

Scientists have voted to formally recognise the new geological epoch called the Anthropocene. The final decision will be made in 2021 by the International Commission on Stratigraphy.

“Twenty-nine members of the AWG supported the Anthropocene designation and voted in favour of starting the new epoch in the mid-twentieth century, when a rapidly rising human population accelerated the pace of industrial production, the use of agricultural chemicals and other human activities. At the same time, the first atomic-bomb blasts littered the globe with radioactive debris that became embedded in sediments and glacial ice, becoming part of the geologic record.”

Honeybees Use Symbols to Communicate

A study demonstrated that honeybees can link symbols and numbers, much like we humans do with Arabic and Roman numerals.

“Despite the limitations of the current research, we have demonstrated, to a small extent, symbolic communication with an insect species, which we have been separated from by over 600 million years of evolution.” 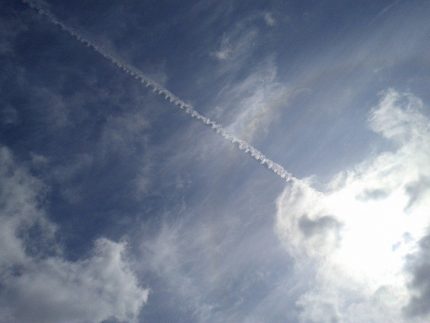 Adi MacArtney, 10 July 2019
It's not just a wealth of natural resources that makes Iran such a target, but the fact they're nationalised explains Adi MacArtney 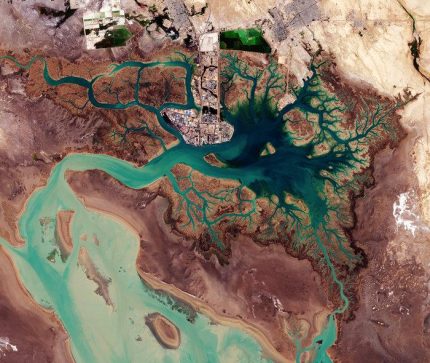 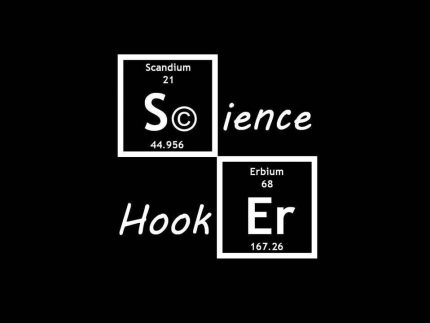