Parliament’s Work and Pensions Committee today heard evidence on an alleged increase in the number of women entering prostitution as a form of ‘survival sex’ after having their benefits cut.

A rape survivor who missed her Universal Credit meetings after being attacked was sanctioned by the Government and has had her benefits stopped indefinitely, a parliamentary committee heard.

Laura Seebohm, of anti-poverty charity Changing Lives, made the claim while giving evidence today to Parliament’s Work and Pensions Committee.

She told its chair, Independent MP Frank Field, that the victim – who the charity is supporting – has been indefinitely sanctioned by the Department for Work and Pensions (DWP), preventing her from collecting any benefits. The sanctioning occurred despite the charity making representations on the victim’s behalf.

“We contacted the DWP because she was in a really bad way because she had experienced a rape,” Ms Seebohm said. “And it did not matter. She has been indefinitely sanctioned because she hasn’t been turning up.”

Partners are nominated to hold benefits on women’s behalf and the money is often later stolen. This is a form of ‘coercive control’.

The committee’s inquiries today centred on an alleged increase in the number of women entering prostitution as a form of ‘survival sex’ after having their benefits cut under the controversial Universal Credit regime.

The evidence provided to the committee branched more widely into a key underlying factor: poverty and coercive control.

“A lot of the women we support don’t have bank accounts”, Ms Seebohm said. “As a result, partners are nominated to hold benefits on women’s behalf and the money is often later stolen. This is a form of ‘coercive control’.”

Her evidence to the committee contradicted plans recently unveiled by the Works and Pensions Secretary Amber Rudd to reduce the length of sanctions on benefit claimants.

Mr Field explained: “The Secretary of State said that she’s abolishing sanctions of three years. Do we need to get back to her and say: that’s great news but there are also people who are sanctioned longer than three years, indefinitely?”

“There’s been an announcement that indefinite sanctions are being looked at, but we would urge that that’s done as a priority,” Ms Seebohm replied.

CJ Werleman, 1 March 2021
CJ Werleman talks to Samira al-Houry, an activist who was assaulted and raped in a Houthi prison 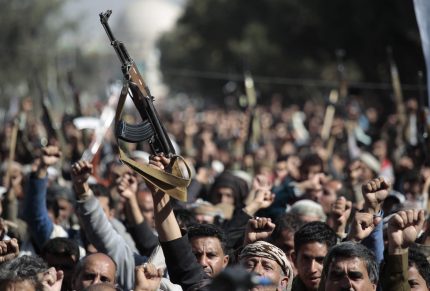