A joint report from Platform, Oil Change International and Friends of the Earth Scotland outlines how consumption of the UK’s current oil reserves would result in failure to meet the goals set out in the 2015 Paris Climate agreement. However, the UK government plans to extract a further 20 billion barrels of oil from the North Sea.

These findings come as UK, Scottish and Welsh governments have called a ‘climate emergency.’

The Paris goals, which require carbon reduction commitments from individual nations, aim to keep the increase in global temperature below 2°C. They are in direct contradiction with the UK and Scottish governments’ policy to maximise extraction of oil and gas, the report reveals.

Although both governments have introduced ‘pioneering’ climate legislation that will see a full phase-out of coal power, UK carbon emissions will not be significantly reduced; they have fallen by only 3% since 1990.

The planned level of oil and gas extraction is being enabled by government subsidies for oil and gas. The report finds that these subsidies will result in twice as much carbon being released into the atmosphere as the phase-out of coal saves.

These findings come as UK, Scottish and Welsh governments have called a ‘climate emergency.’

Also outlined in the report are a set of recommendations for the government on how to best phase-out oil and gas extraction, while ensuring a ‘just transition,’ for those currently employed by the fossil industry in Scotland and the North Sea.

The fossil fuel industry in Scotland and the North Sea currently employs around 30,000 direct workers, while approximately 70,000 people are employed in domestic supply chain jobs.

Achieving a ‘just transition’ to a green energy economy would involve the rapid construction of a clean energy industry, financed by the same level of ‘inward investment’ as that currently received by the fossil fuel industry. Trade Unions would also be key to this transition, the report argues for, ‘open consultations with trade unions to develop and implement a just transition strategy for oil-dependent regions and communities.’ 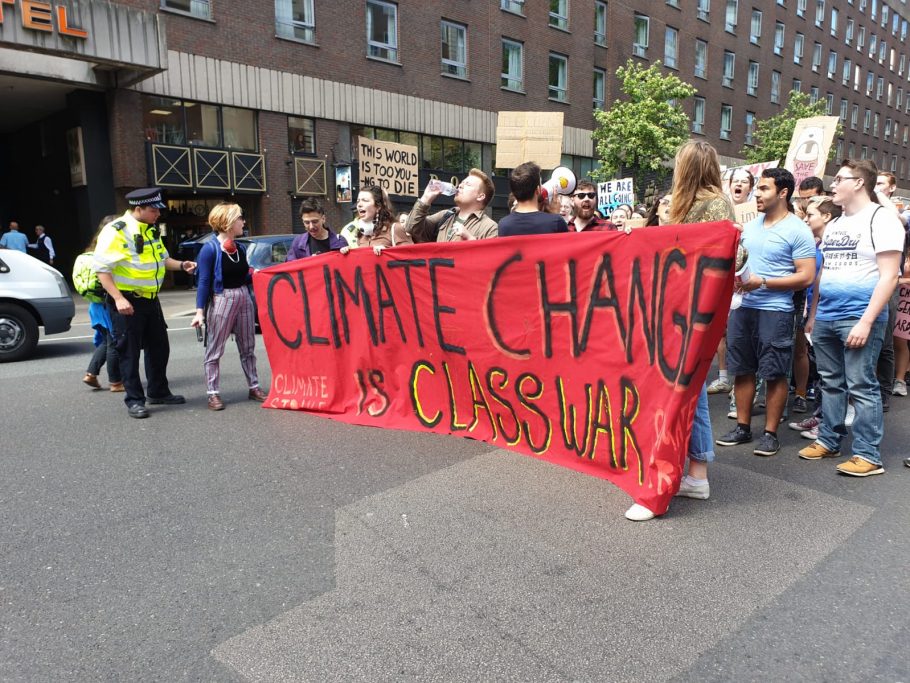