A ‘symbiotic’ relationship has developed between Far Right and Daesh-inspired forms of extremism referred to the controversial Prevent Strategy, a leading police officer has warned.

Figures for 2018 revealed a 36 per cent increase in Far Right referrals to Prevent – up to 18 per cent of all referrals. The increase is reported to have been fuelled partially by the toxic immigration debate linked to Brexit, and the broader populist backlash across major democracies.

A separate police source told Byline Times that forces were aware of towns in the UK in which the activities of Far Right groups have stirred responses from Islamic extremists – and vice-versa.

But Washington warned that Daesh-inspired referrals to Prevent still outnumber Far Right concerns – and that the two major forms of extremism currently facing the UK are fuelling each other. Daesh-related concerns still accounted for 44 per cent of all Prevent referrals last year, Home Office figures show.

“We are acutely aware that extremism takes many forms and one form of extremism could potentially promote another form. These things don’t work in silos – they are symbiotic, they feed off each other,” Washington said.

Washington warned of a wider risk posed by radicals from all backgrounds who “prey” on vulnerable youngsters and adults.

“Most of the extremism that were are dealing with is Daesh-inspired. [But] there has been a significant increase in Far Right concerns that we are aware of, and we have been working very closely with our partners to mitigate that.

Hardeep Matharu, 17 May 2019
Hardeep Matharu explores why those in the Muslim community believe that the Government’s controversial counter-terrorism strategy is doing more harm than good.

“We work with community groups nationally and we have advisory groups to feed into us concerns around extremism. And whenever we are dealing with one area of extremism, we are always attuned to the fact that, actually, that could present a risk to another area.”

A separate police source told Byline Times that forces were aware of towns in the UK in which the activities of Far Right groups have stirred responses from Islamic extremists – and vice-versa.

Prevent was launched in 2003, and is the non-criminal strand of the government’s four-pronged counter-terrorism strategy known as “CONTEST”. The regime is designed to stop those vulnerable to radicalisation from being drawn into such activity, and includes a mandatory duty for many public sector staff to report concerns.

Washington also warned that police forces and local authorities are witnessing an increase in potential extremist referrals linked to mental health issues and people with other complex needs.

She cited the case of Louis Ludlow, a 27 year-old man jailed in March for plotting to explode a bomb in central London, as an example of a case in which two forms of extremism and other complex issues had combined into a public threat.

Ludlow was initially a Far Right extremist, but by the time he plotted to blow up key London targets he had pledged an allegiance to Daesh. In court his lawyers had argued that Ludlow had mental health issues, including depression and autism. Ludlow himself claimed that, at the time of the alleged plot, he had been instructed by a Daesh-inspired militant from the Philippines.

When sentencing Ludlow, Judge Nicholas Hilliard QC dismissed the idea that the man from Rochester, Kent, was “suggestible” and instead described him as an “enthusiastic participant”.

But Washington warned of a wider risk posed by radicals from all backgrounds who “prey” on vulnerable youngsters and adults.

She praised the work of police forces in dealing with Prevent threats despite years of public austerity, and said the key to tackling extremism lay in the partnership work taking place between police forces – which continue to lead on counter-terrorism threats – and the growing role played by local authorities who oversee the ‘Channel’ programmes of tailored Prevent support.

Earlier this year, the Home Office announced a wide-ranging review of the Prevent strategy.

Prevent has been viewed by some as a controversial regime. Critics within Britain’s Muslim community, in particular, have dismissed the policy as a police surveillance programme focused disproportionately on Muslims – an allegation denied by the Home Office and police forces.

Washington said the “reality” of Prevent is that it forms part of public bodies’ wider safeguarding responsibilities, such as those designed to stop child sexual exploitation. But she welcomed constructive criticism during the review period.

Hardeep Matharu, 13 August 2019
How is the duty on healthcare professionals to refer individuals vulnerable to terrorism under the Prevent strategy injecting racialised interactions between doctor and patient into the NHS?
Filed under:
Reportage Radical Thinking Society and Welfare 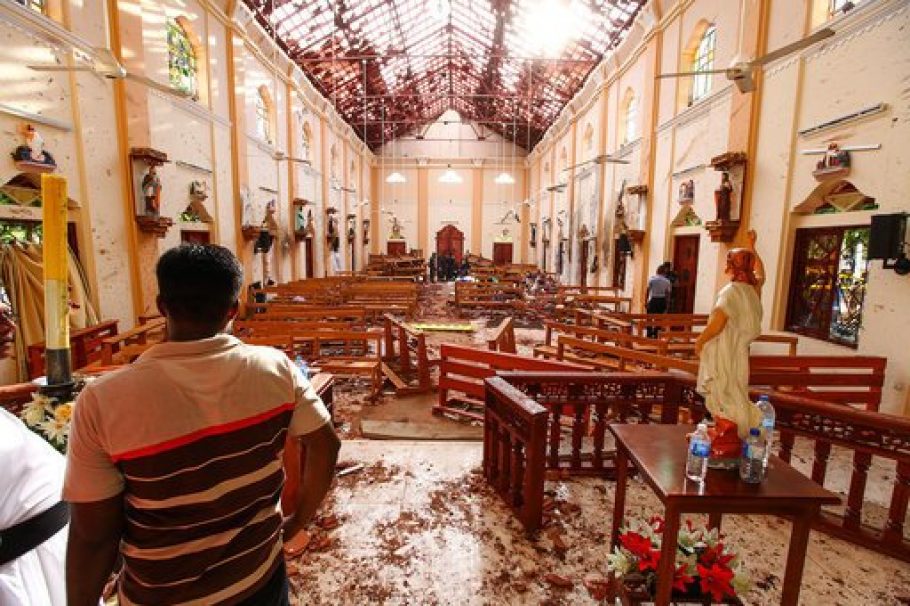