Scilla Elworthy, founder of the NGO Peace Direct and co-founder of Rising Women Rising World and FemmeQ, is not the idealist you would expect for someone who has spent her whole life as a peace-builder.

Instead, she has a steely determination which began when she was 13. Back then, in 1956, Elworthy was so upset about the Soviet invasion of Hungary that she wanted to leave home and do something about it.

Fortunately, her mother persuaded her not to go, but instead offered to help her acquire and develop the skills required to be more effective in conflict situations.

True to her word, two years later she sent her daughter to work in a holiday home for concentration camp survivors for a fortnight so that she could gain first-hand experience of victims of conflict.

Elworthy has been nominated three times for a Nobel Prize for her work.

This was followed by stints working in an orphanage in Algeria and across Africa over the next decade. This led to Elworthy becoming convinced that there is a better way of preventing war and conflict.

Since then, she has been at the forefront of peace-building.

Elworthy has been nominated three times for a Nobel Prize for her work with the Oxford Research Group, which she co-founded. The work has included developing effective dialogue between nuclear weapons policy-makers worldwide and their critics.

Where others would give up because of the sheer scale of the task of building peace and preventing war on a global scale, Elworthy takes a practical and analytical approach.

She combined her experience with thorough research for her book ‘The Business Plan for Peace‘, the title of which alone distances itself from our expected image of peace-builders.

As well as reviewing 25 different ways of building peace, Elworthy calculates that the cost of preventing conflict would only be $2 billion over 10 years, as opposed to the $1,789 billion spent each year on war.

Elworthy calculates that the cost of preventing conflict would only be $2 billion over 10 years, as opposed to the $1,789 billion spent each year on war.

Of the 25 ways to build peace considered in the book, she considers three of them to be the most urgent methods of preventing conflict:

Firstly, armaments industries must be treated like the fossil fuels sector, which would give investment funds good reasons to divest them from their portfolios.

In many ways, the third solution is far more fundamental. War and conflict has been very much a male creation and preserve. A critical part of the solution is to enable and ensure that more women gain powerful and senior positions to prevent conflict, as well as to build and create peace.

The Power of Women

Elworthy cites UN figures from 2009 which show that only 2.5% of those involved in peace negotiations were women and that the average length of peace agreements negotiated was five years.

Today, when women account for even 10% of negotiators, peace agreements can last for more than 15 years.

From her experience, Elworthy has spotted the reason.

“Warlords at peace tables are vying for power, resources, money and positions in a future government, while women bring to the table the needs of orphans, the injured, the widows and those with PTSD,” she says.

“This means that the cycle of violence can be broken, and people can move from revenge to rebuilding.”

The increase in the number of women involved in this testosterone-fuelled world is definitely a powerful agent for change and is happening, albeit from a low base.

“Persuading investors to stop supporting the armaments trade in the same way that environmental groups are targeting fossil fuel producers will take time,” Elworthy says, “but watch this space.”

Hope for the Future

Significantly, of all the UN Sustainable Development Goals, number 16 – for Peace – is the one which is least invested in.

This is largely because the concept of peace is vague in most investors’ minds, and they have been given few measurable examples. Elworthy and her colleagues are now busy changing that.

Moreover, Elworthy is not afraid to open dialogue with the arms industry directly, including at the world’s largest defence and security event which takes place at London’s ExCel Centre every two years.

In terms of prevention budgets and plans, the signs are more hopeful.

We see huge shifts happening at the grassroots, below the radar of the media, in locally-led initiatives to stop armed violence all over the globe.

As in healthcare, the really powerful intervention is to prevent conflicts happening in the first place. NATO members including Britain, Germany and Holland are beginning to discuss prevention budgets alongside defence budgets.

Elworthy is regularly invited to talk to the Armed Forces and respects the skills that they bring to preventing and avoiding violent conflict.

‘The Business Plan for Peace’ takes a complex and seemingly intractable problem and examines in detail how it could be transformed. It also shows the local reader how anyone can take actions to build peace locally or nationally, as well as describing how to learn the skills to do that. It should be required reading for all politicians, military, investors and arm industries.

She self-published her book because she was in a hurry and didn’t want to wait for the conventional publishing route.

Elworthy is optimistic that change is coming.

“We see huge shifts happening at the grassroots, below the radar of the media, in locally-led initiatives to stop armed violence all over the globe,” she says. “Of course, this change must involve not only local communities, but industry, multi-nationals and governments.”

Elworthy takes comfort from the way Extinction Rebellion has pushed the environment up the agenda and reckons that something like this is the next step for peace-building.

Stephen Colegrave, 21 October 2020
As the latest United Nations nuclear treaty is on the eve of coming into force, Stephen Colegrave looks at how it might finally end the ethical and moral case for nuclear weapons

Hizbullah Khan, 19 July 2019
Hizbullah Khan explores how fiction is helping the victims of Afghanistan's decades of war to face up to the past. 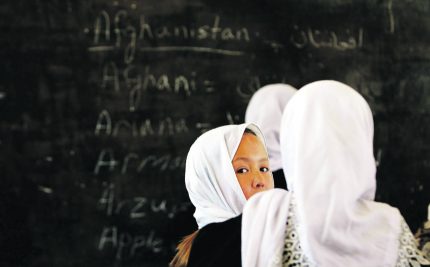 FEMINIST FOREIGN POLICY: Is this Our Only Hope for Peace?

Stephen Colegrave, 25 June 2019
Stephen Colegrave speaks to Kristina Lunz, co-founder of the Centre for Feminist Foreign Policy, on why we need to fundamentally alter the lens through which we view foreign policy and how it is conducted. 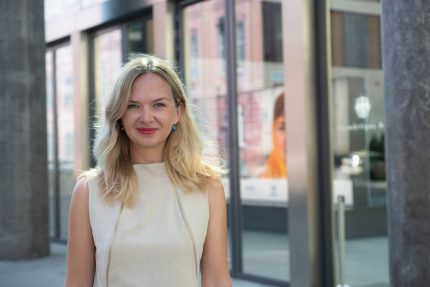 Thomas Lewton, 21 July 2021
Thomas Lewton looks at the debate around the lifting of British Coronavirus restrictions and the media targeting of Independent SAGE