In the wake of the Sri Lankan terror attacks CJ Werleman reports on how Muslim communities have been at the forefront of combating extremist groups.

Far from sympathizing or supporting terrorism, Muslims have not only demonstrated they’re the most likely of any religious group to condemn violence against civilians (Gallup, 2010), but also they’ve proven time and time again they’re our best assets in the fight against violent “jihadist” groups, a fact conveniently ignored by those who seek to score political points by leveraging Islamophobia in the wake of a terrorist attack, including the current government in Sri Lanka.

“Targeting the non-Muslim community is something they encourage – they say you have to kill them in the name of religion. I personally have gone and handed over all the documents three years ago, giving names and details of all these people. They have sat on it. That’s the tragedy,” Hilmy Ahamed, vice president of the Muslim Council of Sri Lanka, told Bloomberg the day after the ISIS sympathizers killed more than 230 people on Easter Sunday.

A week later, Muslim neighbours and the leader of a local mosque tipped off Sri Lankan security forces regarding the whereabouts of a safe house they suspected were being used by extremists, which led to a gun battle between ISIS followers and counterterrorism officers, resulting in the deaths of those belonging to the terrorist cell.

This, however, hasn’t stopped political entrepreneurs vilifying Sri Lanka’s 2 million Muslims as a security risk, and nor has it done anything to quiet calls, particularly on the right, for Muslim leaders to condemn terrorism. In fact, the government of Sri Lanka has punished the Muslim community for their cooperation in combating terrorism by enforcing a ban on the niqab.

In Sri Lanka, and elsewhere around the world, Muslims not only routinely and loudly condemn all forms of political violence, but also routinely and boldly inform government authorities of bad apples in their midst.

In fact, a study found that Muslim Americans helped US law enforcement agencies prevent nearly one-third of all al-Qaeda-related terrorist plots threatening the US since the September 11 attacks, while also observing that groups like al-Qaeda “do not appear to be making new ideological gains into the Muslim American community.”

In 2010, Pakistan born US citizen Farooque Ahmed plotted to blow the Washington DC Metrorail System, but was foiled when a “source in the Muslim community” notified the authorities. That same year an al-Qaeda terrorist attack on New York’s Times Square was foiled when a Senegalese Muslim spotted and notified police of a suspicious looking vehicle, which turned out to be laden with explosives.

Then there’s the ”Lackawanna 6,” “Portland 7,” and “Paintball 11.” All three of these major plots were foiled because of a tip-off from the Muslim American community, while also not forgetting it was a Muslim by the name of Mohammad Malik, who first notified law enforcement of Omar Mateen, the gunman who massacred 49 at a nightclub in Orland, Florida, in 2016.

In an op-ed, he wrote for the Washington Post, Malik said he tipped off the authorities after Mateen had told him that he was watching YouTube sermons of Anwar al-Awlaki, the deceased al-Qaeda in Arabian Peninsula leader, who was killed by a US drone strike in 2011.

“He hadn’t committed any acts of violence and wasn’t planning any, as far as I knew.” Malik wrote. “But it was something agents should keep their eyes on.”

Tragically, the FBI ended up closing the case on Mateen not long after it had opened one, because it was unable to find any evidence of criminality or radicalization.

Still, the fact it was the Muslim community who were the first to bring awareness to law enforcement about Mateen’s then growing interest in extremist ideology did nothing to temper suspicion, fear, and hatred towards American Muslims, with then presidential candidate Donald Trump calling for a “total and complete” shutdown on Muslims entering the United States, despite the fact Mateen wasn’t an immigrant, but a US citizen.

I personally have gone and handed over all the documents three years ago, giving names and details of all these people. They have sat on it. That’s the tragedy.

“There’s so much suspicion of Islam here. The local paper published an unsigned editorial called “Leave our peaceful Muslim neighbors alone,” and the comments were full of hateful lies — that the Boston bombers had visited the area, that the Sept. 11 bombers came from here, that we were a hotbed of violent ideology. None of this is true. Donald Trump didn’t create these attitudes, but he plays on them and amplifies them,” wrote Malik.

The Importance of Community Trust

With the threat of “Islamic” terrorism persisting at the same time far-right-wing terrorism is on the rise, police tip-offs from the general public are a crucial component to thwarting acts of political violence, especially when you consider the United Kingdom’s counterterrorism chief recently revealed 18 terror plots, from both far-right and Islamic extremist groups, had been thwarted by police as a result of having received more than 44,000 tip-offs from the public in the 2017-2018 period.

“The only way for us to prevent terrorism in this country is for the police to be the public and the public to be the police. Communities will defeat terrorism. Strong, cohesive communities, whatever their religion, race, creed or color, working together to keep this country safe,” said Neil Basu, the UK’s assistant police commissioner, in an interview with ITV News.

Arbitrarily denying Muslims the same rights as everyone else.. makes it increasingly difficult for law enforcement to foster the kind of relationships with the Muslim community that are necessary.

Until recently, the Muslim minority have felt they were a welcomed and integral thread of the social fabric that binds Sri Lanka together, which both explains why there hasn’t been a history of Islamic extremist terrorism in the country, and why Muslims have voluntarily reported potentially violent extremists to security services.

Arbitrarily denying Muslims the same rights as everyone else, however, which the government has done in banning the wearing of Islamic clothing, thus identifying them a security threat, makes it increasingly difficult for law enforcement to foster the kind of relationships with the Muslim community that are necessary to interdict plots before they materialize.

Strategies that make Muslims the referent object, such as Prevent UK, however, not only undermine the trust of Muslim minorities and overall social cohesiveness, but also serve to turn a blind eye to what has become the number one terrorism threat throughout the Western world: white nationalist terrorism. 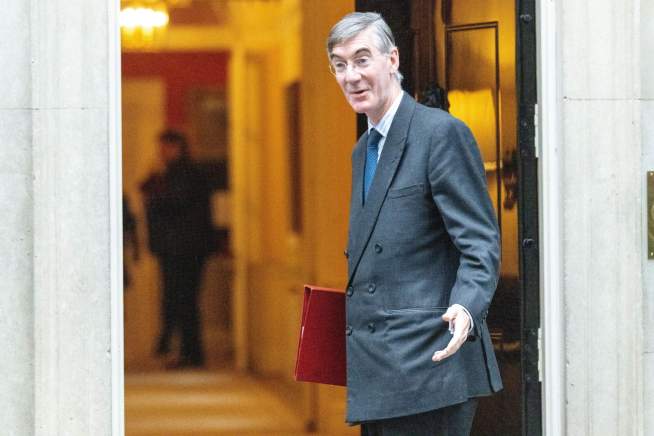 Sascha Lavin, 26 September 2022
The mini-budget is another worrying sign that the new Government is downgrading the importance of women’s rights, reports Sascha Lavin 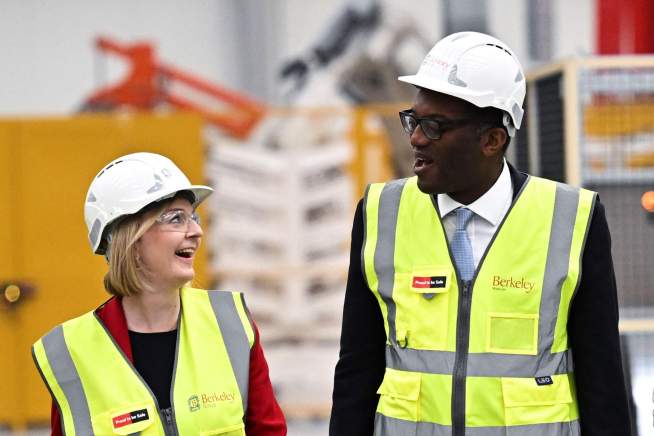