BREAKING Tommy Robinson is set to Run for European Parliament – What Next?

Louise Raw counters some of the myths around the former EDL leader and argues that there is only one antidote if Robinson announces his candidacy tomorrow.

The worst kept secret of 2019 is out in Wythenshawe, Manchester:  Tommy Robinson’s coming to town. The artist formerly known as Stephen Yaxley-Lennon is planning a barbecue tomorrow probably on a green by the local Methodist church.

It’s extremely likely he will use the occasion to announce his candidacy for the vast North West constituency, which comprises Cheshire, Cumbria, Greater Manchester, Lancashire and Merseyside, in the European Parliament elections.

He has no answers for today’s social issues – he’s part of the problem.

Paul Sillett, Stand Up to Racism

Such hypocrisy from an ardent Brexiter should be breathtaking, but we’re far through the looking glass now: UKIP’s past and present leaders, Nigel Farage and Gerard Batten, ride the EU gravy train so comprehensively that they must permanently reek of Bisto.

But, if Robinson does stand, how seriously should we take it? Here are some myths and realities about the current situation…

Electoral Commission guidance is complex, but it seems that only those currently serving sentences of more than one year are disqualified.

Myth: He has No Party to Run for

Currently, UKIP has a blanket ban on former members of the British National Party (BNP) and the English Defence League (EDL). Batten urged them to change this, saying that Robinson would be an ‘asset’ to the party.

Although not a UKIP member, Robinson could stand as an Independent.

Myth: Just Ignore him and Starve him of the ‘Oxygen of Publicity’

‘Don’t feed them and they’ll go away’ works for pigeons, but far less for the Far Right. Robinson doesn’t want critical attention, as his efforts to silence the forthcoming BBC Panorama documentary demonstrate. But, the toxic genie is, in any event, too far out of the bottle. Mainstream media attention has already given him a fanatical follower base and, as a candidate, he would be guaranteed still more coverage.

Myth: He Couldn’t Get Enough Votes

Paul Jenkins, North West regional organiser for Unite Against Fascism, warns “Anti-racists are the majority in the North West, as elsewhere, but the system used in European elections means candidates need only a small percentage of the vote. In 2009, fascist BNP leader Nick Griffin was elected as a North West MEP on only 8%.”

Robinson is more popular than Griffin, has vastly more resources and international support from the likes of Steve Bannon who called him “the backbone of Britain”. He is also operating in a climate of greater Far Right popularity across Europe. (See: ‘How EU Elections could provide the Far-right with More Power‘)

Myth: He Can’t Do Much on His Own

Robinson’s candidacy would embolden all the flotsam and jetsam of the Far Right to follow suit. Among the numerous risks this poses, it should be remembered candidates can access the entire local electoral roll – including addresses not for public view which may include those under threat from the Far Right.

Myth: He’s Not a Serious Politician, So No Threat.

This, literally, was said about Hitler. In 1922 the ‘little corporal’ was considered a ‘clown’ and not even serious about anti-Semitism. In 1923, he tried to seize power, but his short prison sentence was believed by the authorities to have ‘broken’ him.

This is not to say we should be catastrophising: but we must wake up to the possibilities.

The Ballot Box is the Antidote

Paul Jenkins says: “The more people turn out to vote, the less chance the Far Right have of being elected. In 2014, we kicked Nick Griffin out of his seat. We must come out and vote to stop fascists and racists winning.”

Nigel Farage and Gerard Batten… ride the EU gravy train so comprehensively that they must permanently reek of Bisto.

Paul Sillett of Stand Up to Racism sees hope in unity: “There’s a great tradition of anti-fascist campaigning in the North West. Anti-fascists will mobilise en mass should Robinson announce his candidacy and, learning from the united front that ousted Griffin, spare no effort to stop him. He has no answers for today’s social issues – he’s part of the problem.” 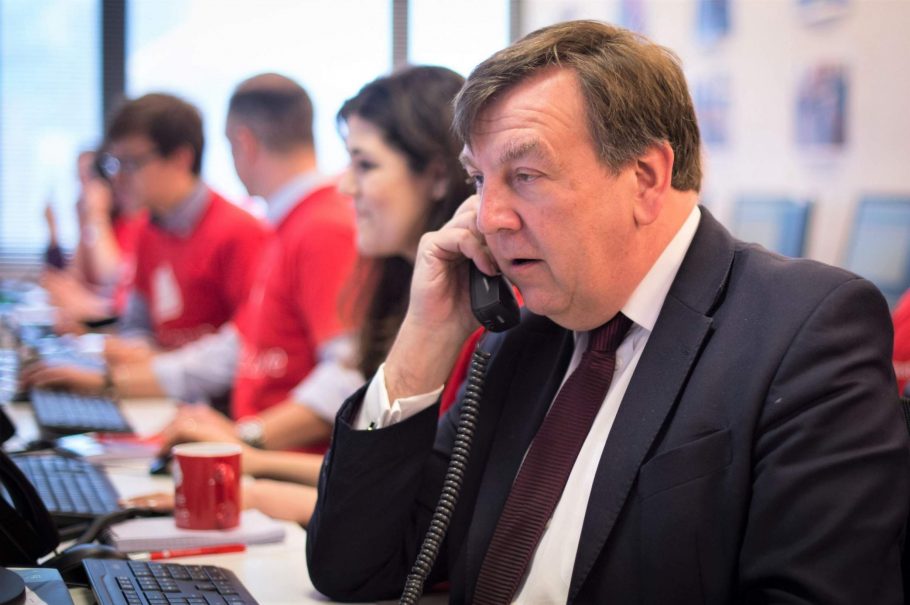