Dando Blagger Riddle: Police Failed to Get the Full Story out of The Daily Mirror

The Daily Mirror should have come clean about blagging and hacking to murder cops – and saved police time and money, says John Ford.

Have carefully analysed the illegal hacking and blagging of Jill Dando’s confidential data before she was murdered, I have made two conclusions.

The first, is that I think that the Daily Mirror journalist questioned by police was not as straight-forward with the officers, as he could have been. The second, is that the police wasted lots of time and effort pursuing false leads – when the could have been hunting the real killer.

In part, the police went down a blind alley because newspapers did not open up about why and how they employed private investigators to target celebrities like Jill Dando. For a start, The Daily Mirror could have assisted police with their inquiries by telling them which illegal PIs they used.

And then, The Daily Mirror could have explained to police in plain English exactly why Jill Dando’s utilities were blagged, such as to get her ex-D phone number, her mobile and possibly her bank details.

If the Daily Mirror would have done this, then the police may not have had to waste time interviewing 28 members of the public who had called British Gas, Thames Water and London Electricity, at the same time as the blagger. The Daily Mirror did not tell the police everything they knew. In fact, it took the hacking scandal over a decade later, to blow the lid on Fleet Street’s dirty criminal secret.

What concerns me is that the Press were already using message hacking in 1999, not to commit murder, but to secure stories. It was, of course, an exercise in self-protection by those interviewed by the police to opt to protect themselves, and the opium of their methodologies, to secure their personal release.

The omerta, which the media collective of Fleet Street was running in relation to phone hacking, is directly complicit in not properly assisting the police with their enquiries. Thus hindering any successful outcome to what became the largest murder inquiry ever conducted in the UK

Someone, somewhere knows the story of the hacking of Jill Dando’s mobile message, that enabled whoever it was to strike on her that day with the information she was on her way round to the flat. The biggest crime was the silence of the press, keeping their phone hacking method secret.

Brian Cathcart, 28 April 2020
The stench of corruption could hardly be stronger, says Brian Cathcart, on the bung Boris Johnson's Government is giving to his employers in the British press. 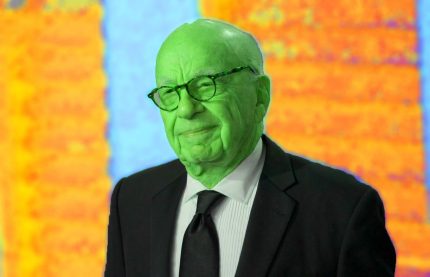