How the late-lamented rock star conned his record agency into paying for a trip across the USSR, and how he was saved from arrest by two Russian railway guards

When I first saw this picture of a young innocent David Bowie with uneven teeth beautifully lit by the sunlight streaming through a carriage window of the Trans-Siberian Express, I wanted to find out the story behind it.

The photo was taken by Leee Black Childers, David’s Tour Manager for his Ziggy Stardust tour in 1973. I was fortunate enough to get him to tell me the story behind the photograph before he died in 2014.

Here, finally, it is.

The story starts when David saw ‘Pork’,the Warhol-inspired play at the Roundhouse in 1971. It starred Cherry Vanilla and Jayne County, and Leee Black Childers was the creative director. This play deeply affected David and inspired his Ziggy Stardust persona and tour. Indeed, Leee and Jayne alleged that he ‘stole’ this persona rather than was just inspired by it, but that is another story (and picture).

RCA, Bowie’s record label, agreed that he could take Jayne and Leee on the road on the Ziggy Stardust tour and flew them over to the States. From there, David and Leee took the tour around the world as far as Japan.

David convinced RCA that he was so afraid of flying that the tour had to go by bus, boat and train, although he had happily flown over to the States to start the tour. The cost of this was exorbitant but RCA were abig label and happy to oblige their young star.

As tour manager, Leee found it increasingly difficult to book travel in foreign languages and countries, but was relieved to find that he could get them back from Japan to Europe by train via the Trans-Siberian Express, even if there were 95 stops between Far Eastern Siberia and Moscow.

This was pre-Putin, in the good old USSR days and way off the back-packing trail, but Leee was undeterred. David had the time of his life, though there were no rock star comforts. There was a toilet but no sink,but David happily washed in the toilet water.

Their carriage was under the supervision of two unsmiling Russian women train conductors, Provodnitsy, who provided cups of hot tea and cakes. David soon captivated the two guards by spending the evenings in their kitchen singing them 1950s rock love ballads. (What a shame there is no bootleg version of him serenading the two wide-eyed attendants to their own private series of David Bowie concerts as the train steamed through snow covered woods and over icy steps.)

There was a toilet but no sink, but David happily washed in the toilet water.

The only time they ventured off the train was at Ekaterinburg where the Czar and his family were imprisoned and executed. Inspired by the poignant history of the place, Leee grabbed his camera and took many pictures. David also captured the scene on his little 16mm movie camera. However,this was not permitted in the USSR and they were soon surrounded by uniformed soldiers, intent on confiscating their cameras and probably worse.

Before this could happen, the two adoring carriage attendants jumped on to the platform, screaming in all directions and scooped up the hapless pair, hauling them back to the safety of the train.

They then continued to Moscow without a hitch and as Leee remarked to me as he finished the story:

‘Although I was eventually arrested when we got to Moscow, it was a storm in a tea cup and David was never bothered at all. And I hope and pray those two wonderful Russian ladies are happy and safe wherever they are.”

Kyle Taylor, 2 October 2019
In the latest in his series exploring how to experience travelling as an antidote to your mood, Kyle Taylor gives his take on Miami. 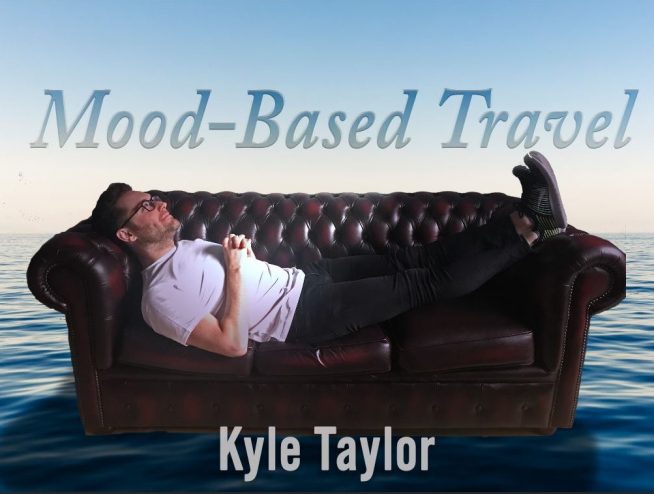 MOOD-BASED TRAVEL: The Pleasures of Porto

Kyle Taylor, 2 August 2019
In the latest in his series exploring how to experience travelling as an antidote to your mood, Kyle Taylor recounts the pleasures of Porto.

Kyle Taylor, 9 July 2019
In the latest in his series exploring how to experience travelling as a antidote to your mood, Kyle Taylor sets out the hotspots of Havana.