WAR OVER WATERThe New Flashpoint in the India-China Stand-Off

At a conference on 26 November Yan Zhiyong, chairman of the state-owned Power Construction Corp of China, announced plans to build a new hydropower dam on one of the largest river’s in the world, which flows to India and Bangladesh.

“There is no parallel in history”, he told the conference, explaining that the project on the Brahmaputra river would maintain China’s water resources and domestic security. Less than a week later, Indian officials announced that they were planning their own dam, aimed at mitigating the impact of China’s.

Water is one of the biggest geopolitical issues linked with China’s occupation of Tibet. The Himalayan nation, which came under the control of Beijing in 1950, is where the water supplying 46% of the world’s population originates including the Indus, Ganges, Irrawaddy, Salween and Mekong rivers. One of the most important of them all is the Brahmaputra, also known as Yarlung Tsangpo.

This 3,800 km-long river runs through the heart of Tibet, from west to east and downstream, acting as a lifeline for the millions of people in India and Bangladesh. But, with China dominating the Tibetan plateau, it poses a serious danger to neighbouring countries. By building dams Beijing has the power to control their water supply.

At the same time, the independent research institute Future Directions, has noted that, for China, building dams, irrigation systems and diversion projects is “considered vital not just for providing water to its 1.3 billion people, but also for ensuring internal political stability”. It goes on to note that “any alteration to China’s control of Tibet and its water could alter the distribution of power between China and the countries downstream as well as cause heightened internal tensions”. 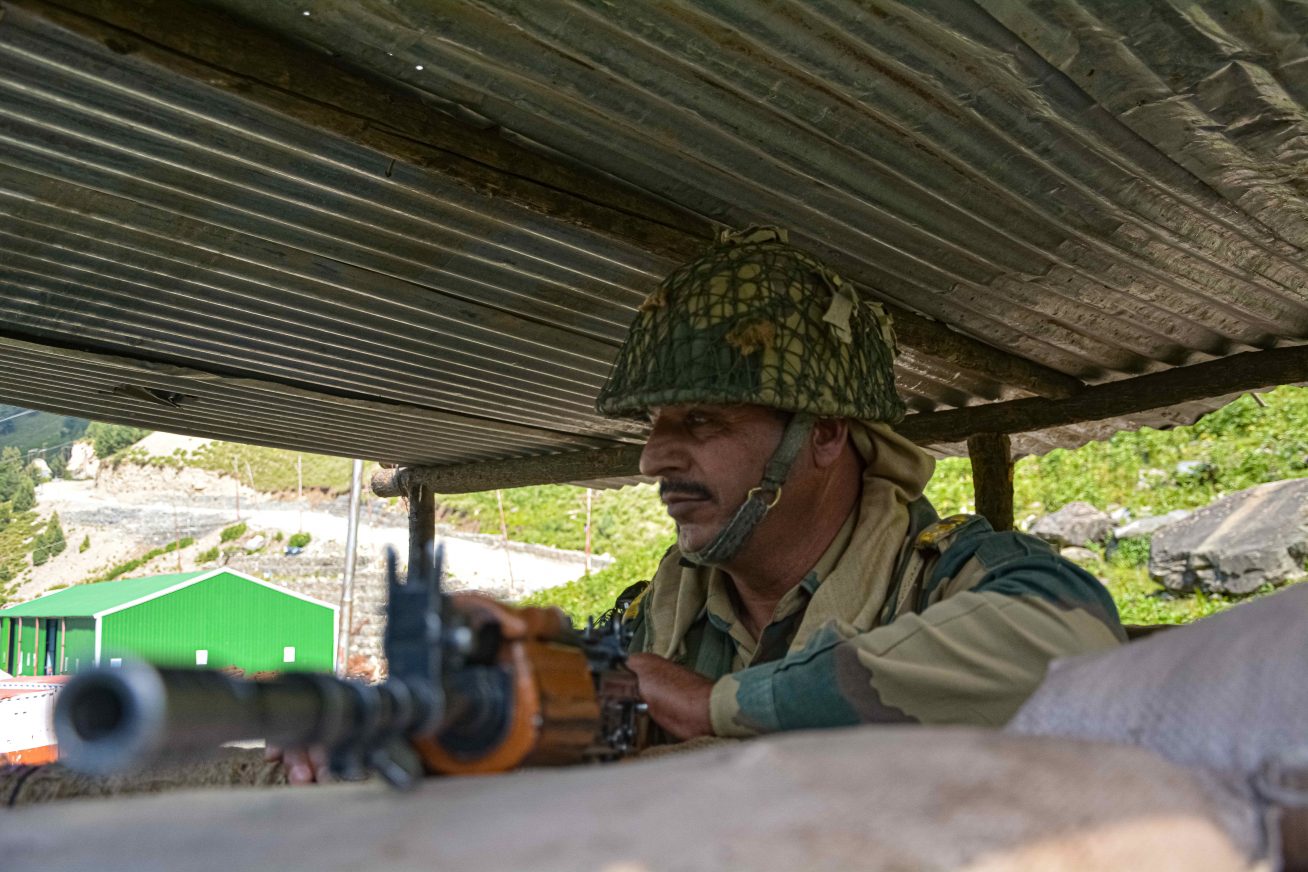 In the days after the announcement of the new dam, TS Mehra, a senior official in India’s federal water ministry, told Reuters that India’s plan is to create a dam with large enough water storage capacity to offset the effect of Chinese dams on water flows.

“Formally, we are telling them that any project you undertake, should not cause an adverse impact on India,” Mehra said. “They have given an assurance, but we don’t know how long their assurance will last”.

Beijing dismissed the concerns saying that there is no need for its neighbours to have “anxiety”. It promised fears of potential flash floods or droughts caused by the dam will be taken under consideration.

But these reassurances are unlikely to be taken seriously by India which is already locked in a tense stand-off with Beijing in western Himalayas over a disputed section of land called Ladakh. Diplomatic talks have taken place to de-escalate the stand-off which began in June but so far, all have failed. Both sides are now digging in for the winter. The Brahmaputra could now become a second flashpoint in the tensions between two of Asia’s biggest powers.

Drought on the Mekong

Fears that China could and would manipulate the water supply to millions downstream on the Brahmaputra are not just speculation on the side of India but a reality that played out during 2019 when parts of south-east Asia were plunged into a drought as a direct result of China’s dams.

A study by Eyes on Earth, which examines weather and climate, found China’s dams on the Mekong River “greatly restricted the amount and timing of water released upstream”.

Despite there being an “above average” water flow in the Upper Mekong last year, the Lower Mekong saw the lowest river levels ever recorded because the water was not making it past China’s dams. This led to a severe drought in places such as Thailand, robbing fishers and farmers of their livelihoods. “The severe lack of water in the Lower Mekong during the summer wet season of 2019 was largely influenced by the restriction of water flowing from the upper Mekong during that time,” the study said.

“As the source of many of the largest river systems on Earth, Tibet provides water to more than one billion people downstream in Asia,” the vice president of the International Campaign for Tibet (ICT), Bhuchung K. Tsering, told Byline Times. “The fact that a hostile, authoritarian regime has been in charge of those river sources for the past six decades is deeply concerning. We don’t have to speculate about what damage China might do; we already have hard data. China’s dams in Tibet have already had a devastating impact on the wider region and could easily do so again unless the world stands up to China’s outrageous behaviour.”

Tsering added that China’s occupation of Tibet has long threatened India’s national security. The Ladakh stand-off being a prime example of this, with the two nations on the verge of conflict over a border that should belong to an independent Tibet.

“The reports of China’s plan to construct a new ‘super dam’ on the Brahmaputra, or Yarlung Tsangpo as it is known in Tibetan, is only the latest example,” he continued. “However, it’s one that will hopefully help alert the entire world to the global dangers posed by China’s presence in Tibet and specifically its misuse of Tibetan rivers.

“As researchers at the Tibet Policy Institute have pointed out, China could wield the power provided by the new dam to cause both droughts and flooding downstream in India. Given China’s long history of intransigence and hostility toward India – including its recent border incursions – there is every reason to believe Chinese authorities would use their control of the river to manipulate the flow of water, either to horde resources for China or to deliberately harm India as part of China’s aggressive expansionism.”

The ICT, which has been heavily involved in helping to shape US policy towards China, carried out its own study on the impact of China’s dams in 2019, focusing on the UNESCO-protected Three Parallel Rivers.

Several new dams are either planned or currently under construction on this protected area which UNESCO calls “the last remaining stronghold for an extensive suite of rare and endangered plants and animals”. ICT claims that these dams are being “constructed either upstream or directly next to the protected Three Parallel Rivers area in violation of environmental protection practices and norms”.

These dams, as well as planned mines and major infrastructure tied to China’s Belt and Road plan which aims to resurrect the historic Silk Road which joined Asia to Europe, will mean the forced relocation of more than 100,000 Tibetans. Additionally it threatens to add to an already spiralling environmental crisis in Tibet, a region that researchers have found is already warming three times faster than the global average. This has led NASA to predict that, over the next 40 years, 60% of all glaciers will have melted – glaciers which feed water into Asia’s rivers.

UNESCO’s ability to confront China over this has, according to ICT, been “compromised” by organisations such as the Global Energy Interconnection Development (GEIDCO) sponsoring UNESCO’s International Water Conference in Paris in May 2019. GEIDCO is a Beijing-based NGO led by a former president of the State Grid Corporation of China.

Furthermore, the former Chinese Ambassador to Belgium, Xing Qu, was appointed deputy director-general of UNESCO in March 2018. “This combination of factors casts doubt on the impartiality and independence of the water conference and potentially harms UNESCO’s credibility,” adds the ICT report. 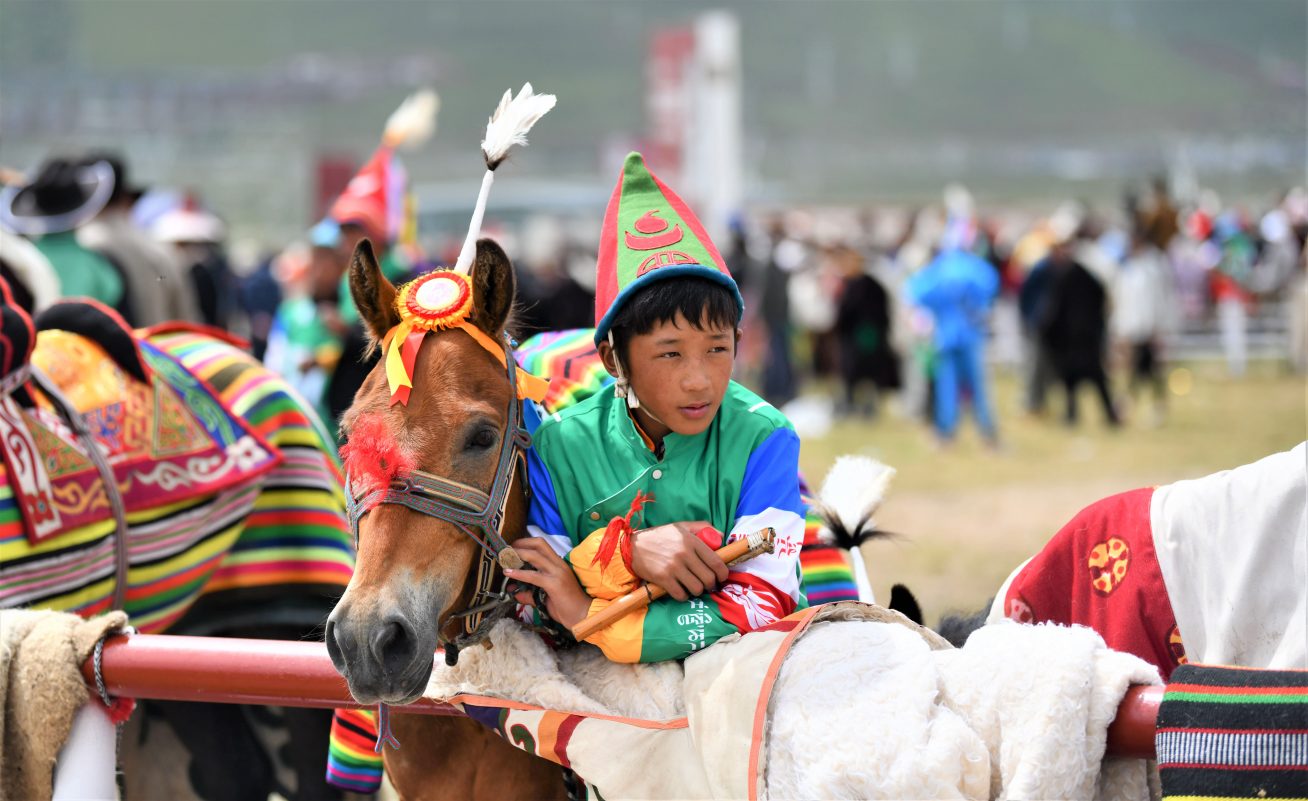 Tsering is hopeful that the issue of water security in Asia will be addressed at least in part under Washington’s Tibetan Policy and Support Act, which passed the US House of Representatives in January and may pass the Senate before the end of this year. The Act acknowledges Tibet’s role in providing water to surrounding countries in Asia and requires the secretary of state to encourage a regional framework on water security and to pursue collaboration with China and international institutions to monitor the environment on the Tibetan plateau.

At a 2015 conference in New Delhi, Dr Lobsang Sangay, leader of the Tibetan Government-in-Exile, said “water has become a strategic weapon for China,” highlighting that Beijing has not signed the UN convention on Water Sharing – an agreement to peacefully share water, regardless of boundaries.

“Environmentalists in China say China has built 87,000 dams, which are not only largest but dangerous too. China plans to build a dam on Brahmaputra larger than one on Yangze river. If that happens, what will happen to the flow of river to India and Bangladesh? If China has the control on the flow of the river, it can have major implication for the crops in downstream countries.” 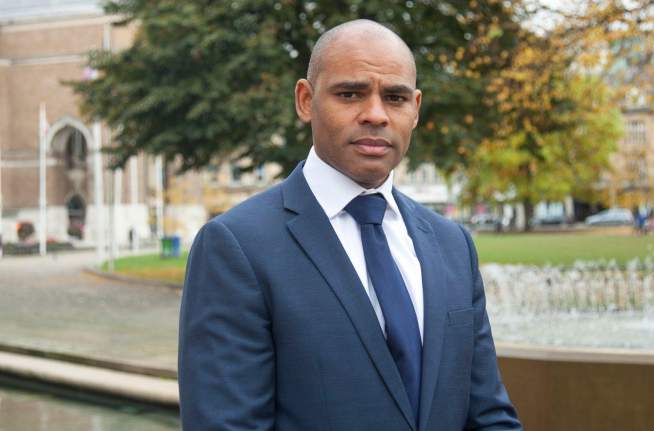