Millions of pounds of taxpayer cash were poured into towns and cities in marginal seats by Robert Jenrick, the Communities Secretary, before the last general election to swing votes to the Conservatives, Byline Times can reveal.

An analysis of the controversial £3.6 billion ‘Town Deals’ grants from the Ministry of Housing, Communities and Local Government’s Towns Fund reveals that Jenrick and former Minister Jake Berry did not just swap decisions to give cash to towns in each other’s constituencies, but the whole programme appears to be geared to either gaining or holding seats for Conservative colleagues.

Where Conservatives had reasonable majorities, money seems to have been given to the constituencies of selected MPs who backed Boris Johnson or Michael Gove for the leadership of the party in last year’s election race.

The report by the National Audit Office (NAO) over the distribution of the cash is already subject to a dispute between Parliament and ministers after MPs were refused sight of a report by the top official in the ministry, justifying how the cash was distributed.

Sums of between £25 million and £50 million were allocated to deprived towns to help impoverished communities with an average of £36 million per each of the 101 towns. Some 40 high-priority towns did receive the cash according to figures researched by impartial civil servants.

But the remaining 61 towns – which were either medium or low priority towns – were chosen by ministers.

An analysis of the figures provided by the NAO found in four cases the money to marginal constituencies was doubled, with two towns in each of the four seats receiving extra Government funding – equivalent to a minimum £50 million boost to the local economy:

Penzance and St Ives in Cornwall where the sitting Conservative, Derek Thomas, had a majority of 312 over the Liberal Democrats. He was returned with over 4,000 votes.

Copeland in Cumbria was a Labour marginal grabbed by the Conservatives in 2,017 – the towns of Millom and Cleator Moor received cash.

The constituency of Calder Valley in which Todmorden and Brighouse received Towns Fund cash. The Conservative MP Craig Whittaker had a majority of 609 which went up to 5,774. 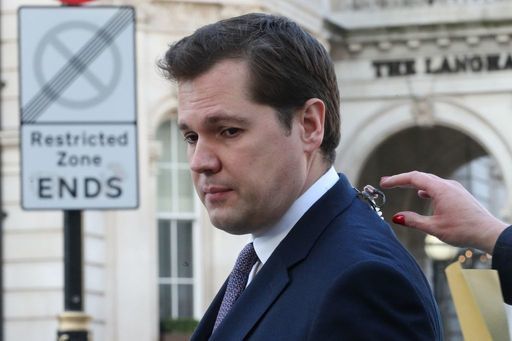 One Cabinet minister, George Eustice, who had a 1,577 majority in the Cambourne and Redruth constituency received cash for Cambourne. His majority went up to 8,700.

James Heappey, Conservative MP for Wells, who already had a majority over 7,500, received cash for the town of Glastonbury in his constituency. He was a Private Parliamentary Secretary to Boris Johnson.

Damien Moore, who had a narrow majority of 2,914 over Labour in Southport increased it to 4147 in 2019. He was Michael Gove’s Parliamentary Private Secretary and supported Boris Johnson. He is now the Private Parliamentary Secretary to George Eustice. Money was given to Southport.

Rachel Maclean, the MP for Redditch, who saw a 10,000 jump in her majority  to  16,036 from 7,300, supported Michael Gove for the leadership and was Private Parliamentary Secretary to Sajid Javid, the Chancellor. Her town also received Town Deal cash.

The one seat that bucked the trend was Bedford, which had been won by Labour in 2017 but stayed Labour in spite of money being allocated to the town.

The Conservatives also strengthened their majorities in many towns that received the Town Deal boost from Jenrick. They included Morley and Outwood where Andrea Jenkyns increased her majority from 2,104 to 11,267. She endeared herself to Brexiters as the MP who brought Theresa May’s downfall, by organising a letter calling for a vote of confidence in her leadership. She is now vice-chair of the hard-Brexit European Research Group.

The few ministerial cash hand-outs that don’t seem to be directed to marginals were in Goole, Colchester and Chorley.

The NAO report also lists towns that were on the Whitehall list but not chosen by ministers. These included places like Sheerness, Immingham, Folkestone, Skelmersdale, Ellesmere Port, Sunderland and Wellingborough. They all suffered deprivation – the only difference being unlike other places they had five figure Conservative or Labour majorities.

Today Justin Madders, Labour MP fort Ellesmere Port, is tabling an Urgent Question in the House of Commons on the running of the Towns Fund. Robert Jenrick, the minister in the centre of the row over the distribution of the money, is sending a colleague to respond.

A spokesperson for the Ministry of Housing, Communities and Local Government told Byline Times that the Town Fund selection process was “comprehensive, robust and fair” and that the fund “will help level up the country, creating jobs and building stronger and more resilient local economies.”