As concerns mount about the influence of Russian Oligarchs, Scott Stedman of Forensic News reveals how millions of pounds from the Russian military ended up being funnelled through London

In August 2019, the Russian military deployed for the first time a new unmanned surveillance drone that greatly expands the spying capabilities of the Russian state.

The Unmanned Aerial Vehicle called the Altius-U, is “very important to the Ministry of Defense” according to Samuel Bendett, an Adjunct Senior Fellow at the Center for Naval Analyses working on Russian military autonomy and AI developments.

“This drone can patrol the area for 48 hours at an altitude of up to 12,000 meters. New long-range radars and optoelectronic systems allow surveillance at a great distance.“

Bendett said that the new drone was developed to counter advanced technologies deployed by the United States.

“This was obviously built to match Americas Global Hawk and Predator/Reaper drones that have long made Russians nervous with their ability to fly long distances far from the operating bases. With all the funds sunk into Altius, the MOD wants to see results, come hell or high water.“

The funds designated by the Russian Ministry of Defense to design and develop the drone have resulted in criminal charges in Russia, but a detailed investigation by Forensic News based on confidential documents show that millions of dollars from the Russian military ended up funnelled into Western countries.

Dmitry Tsvetkov and the London Connection

Alexander Gomzin, the designer of the drone and director of the company (OKB Sokol) that was awarded the one billion ruble contract (later increased to 4.6 billion) was arrested in 2018 for “abuse of authority, misappropriation of budgetary funds and fraud.” He remained in jail as of mid-2019 in what on the surface looked like a typical case of Russian fraud.

However, beneath the surface lies a story of huge sums of Russian military cash from the contract being transferred to an obscure company in London controlled by Elsina Khayrova, the daughter of Russian politician Rinat Khairov, and her husband Dmitry Tsvetkov; A story that has not been written about in any Western publication.

Confidential business and banking documents acquired by Forensic News depict a clear trail of bank wires from the Russian military drone contract to the company Hegir Advisory Limited in London controlled by Khayrova and Tsvetkov. Khayrova then spent tens of millions of dollars on luxurious real estate in London, Cyprus, and Dubai.

Tsvetkov, in various discussions with Forensic News, denied that he knew that the drone contract was for the Russian military. He provided at least one contemporaneous email and purported notes from the time of the agreement with the Russian subcontractor, Miltek LLC, that indicated that Tsvetkov thought the ultimate beneficiary of the drone work was the Russian state-controlled energy conglomerate Gazprom.

“I was under the impression that OKB’ business was related to the development of the Unmanned Aerial Vehicle (UAV) for Russian State-Owned Public JSC (PJSC) Gazprom,” he said. He claimed he would not have signed the contract with Miltek if he knew the ultimate customer was the Russian military.

Multiple major media reports in 2011, 2012, and 2013, however, show that it was public knowledge that OKB Sokol was developing the Altius drone for the Russian military. Russian Defense Minister Sergei Shoigu was even pictured with Alexander Gomzin looking at models of the drone in 2013. Tsvetkov said he was completely unaware of these media reports and maintained that he thought the drone was for Gazprom. 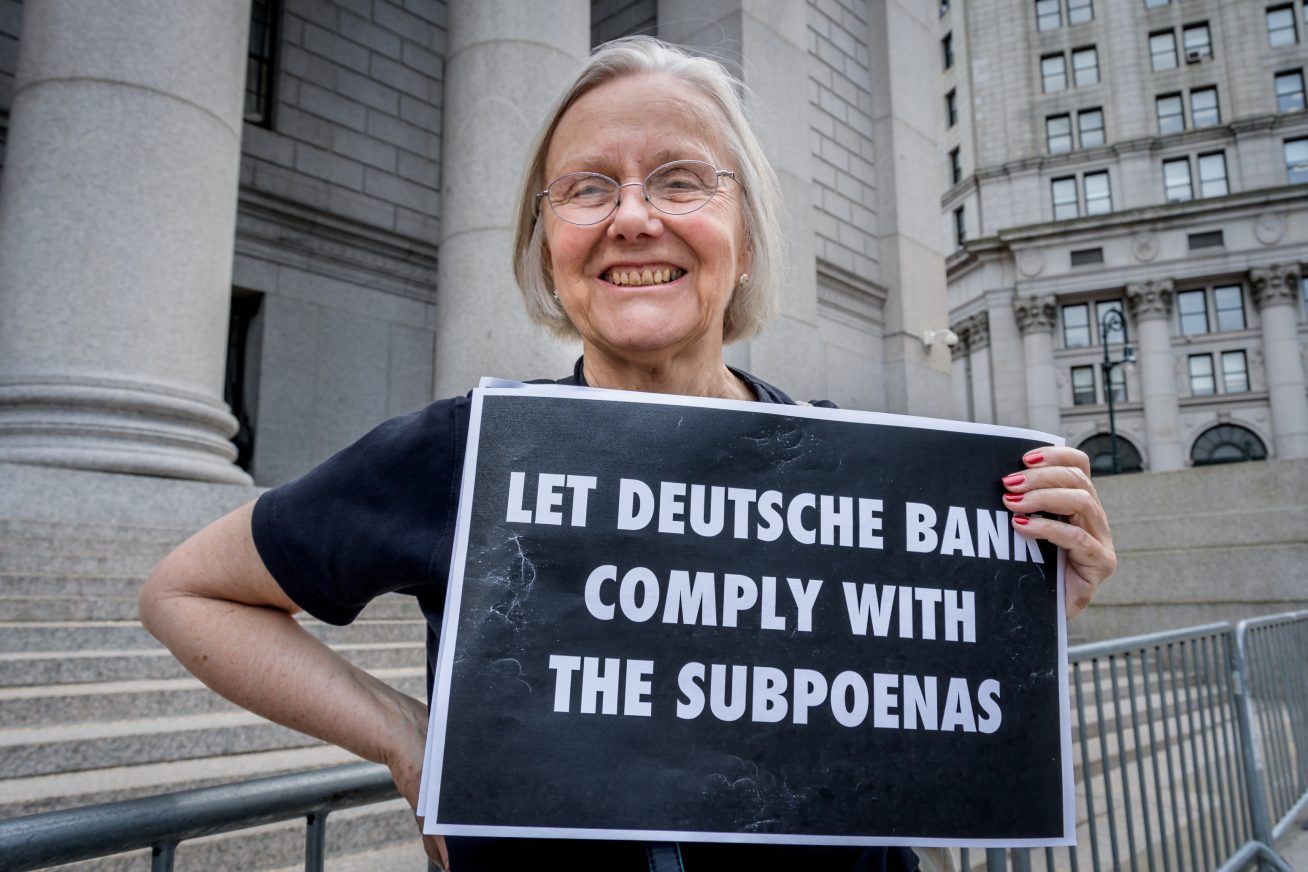 The contract between Miltek and Tsvetkov’s Hegir Advisory was signed in 2012 and called for Tsvetkov to procure UAV experts, advise the company on marketing and strategy, and incorporate a German LLC which was “involved in technology transfer,” per Tsvetkov.

The amount of money Tsvetkov claims he received from Miltek does not match invoices acquired by Forensic News through a source other than Tsvetkov.

After the engagement between Tsvetkov’s Hegir Advisory and Miltek ended, Tsvetkov claims that he repaid the company any money that was not spent by his advisory firm. Experts have said that this arrangement would be highly unconventional, and Tsvektov did not provide documentation to bolster his assertion.

Tsvetkov’s connections to powerful Russian politicians and businessmen as well as his numerous financial transactions around the world have piqued the interest of criminal investigators in the United States and United Kingdom, according to a source who has been questioned.

Emails reviewed by Forensic News show that a member of Parliament who serves in the UK Ministry of Defense is investigating Tsvetkov’s business dealings.

His father-in-law, Rinat Khayrov, has been an elected member of the Russian Duma (equivalent to the US Congress) serving on the defense committee in Vladimir Putin’s United Russia party since December 2011. He is one of six members of the Duma who represents the Republic of Tatarstan, about 600 miles east of Moscow, where the drone company OKB Sokol is located. Before that, Khayrov served as an advisor to the Minister of Defense.

Tsvetkov insists that his father-in-law had nothing to do with his advisory to the drone development or any other business ventures: “I have and have had no business and/or social association with Mr Khayrov; our relationship is limited to his rare visits to see [my wife] and/or our children, his grandchildren.”

His work for OKB Sokol contractor Miltek aside, Tsvetkov has represented elite Russian businessmen and politicians.

By his own admission, Tsvetkov’s client list includes the son of Moscow’s Mayor and most powerful man from 1992-2010, Yury Luzhkov. A contract reviewed by Forensic News shows that Tsvetkov’s Hegir Advisory received 50-100 million rubles ($1.6-$3.1M) plus €100,000 in 2012 from a firm owned by Alexander Luzhkov, a businessman in the advertising space.

Tsvetkov advised Luzhkov on a Russian merger which he described as a “large buy-out deal with Russian State Bank VTB.”

Another client of Tsvetkov’s is Ildar Uzbekov, a son-in-law and business partner of Russian oligarch Alexander Shchukin. Numerous media reports, including a comprehensive report on Russian money in the UK by Transparency International, note that Uzbekov runs the Shchukin family office in London – a company called Fern Advisors. Uzbekov remains the shareholder of Fern Advisors and the company has over 7 million euros in assets and 12 million euros in liabilities.

In 2014, Tsvetkov partnered with Graff Diamonds, opened a franchise in Cyprus, and received exclusive rights to sell jewellery for Graff in the region. Tsvetkov and his wife Elsina Khayrov soon partnered with Russians Rustem Magdeev and his son Ernest, who invested in the business and became co-owners of the Cyprus LLC that ran the franchise, Equix Group Limited (previously named EK Luxury Goods). The Magdeevs have been connected to Russian organized crime members.

By 2016, the relationship between Tsvetkov and the Magdeev’s soured, and the two parties sued and counter-sued one another (Tsvetkov won the latest lawsuit wherein Magdeev claimed Tsvetkov owed him 10 million euros).

Equix Group’s shareholders were 4 shell companies – two in Belize owned by Tsvetkov and Khayrov, and two in Cyprus owned by Rustem and Ernest Magdeev. In written answers to Forensic News, Tsvetkov again appears to have lied regarding the Belize companies, Tarragon Investments and Tatzeta Holding.

“I did own both companies,” he said, but business documents from Belize and an agreement personally signed by Khayrov show that she was the owner of one of the Belize LLC’s, and therefore 25% owner of Equix Group:

Exclusively obtained confidential banking statements for Equix Group with Hellenic Bank in Cyprus show that millions poured in from well-connected Russian businessmen and almost immediately withdrawn to the shareholders, Tsvetkov, Khayrova and the Magdeevs or spent on unknown expenses.

These transactions account for the only six and seven-figure money transfers from 2014-2016 for the company.

Regarding Touretski (who has also been connected to Russian organized crime), Tsvetkov told Forensic News: “All my dealings with Mr Touretskiy were via Mr Gaynulin, as I never had (up until April 2018) a direct communication with him. Since April 2018, I was in touch with him, however, we had no dealings, whatsoever.”

As the bank records show, however, Touretski sent over 11 million euros into the Hellenic Bank account of Equix Group, part-owned by Tsvetkov.

An expert in the financial services industry with significant experience in international banking and anti-money laundering surveillance told Forensic News that the massive amount of money being funnelled into Equix Group and then quickly being withdrawn by the shareholders is extremely troubling.

“Based on the review of the financials presented, it can be a normal course of business in large deals to have money come in and out but the volume of activity and amount of money being invested into a company then immediately dispersed would be a red flag for any financial institution’s anti-money laundering organization.”

As money poured into Tsvetkov’s personal and business accounts from Russian oligarchs, businessmen, alleged organized crime members, and politically-connected families, he and his wife Elsina Khayrova scooped up at least 10 residences in the United Kingdom, Cyprus, and the UAE totalling at least 42 million euros.

The highest-profile purchase was made by Khayrova in 2018, spending 22 million euros on a mansion in Surrey outside of London. The purchase made headlines in the UK with journalists questioning the source of the income as Khayrova’s occupation remains unclear.

In addition to the 22 million euro mansion on Dawn Hill Drive, Khayrova owns five apartments in London totalling over 18 million euros, according to Tsvetkov.

In Cyprus, she owns three homes in Limassol. Tsvetkov told Forensic News that one was a wedding gift from Russian Duma Member and Khayrova’s father Rinat Khayrov. Another property in Limassol, called “Villa Elsina” was purchased with the proceeds of Tsvetkov’s representation of Alexander Luzhkov, according to Tsvetkov.

A real estate video showed the luxurious property with views of the sea in Cyprus:

Finally, Khayrova owns a 2 million euro penthouse in the Kempinski Palm Residence in Dubai that was a gift from her uncle, according to Tsvetkov. It is not clear why Khayrova personally purchased the real estate instead of Tsvetkov who appears to be the main source of the funds.

The case of Dmitry Tsvetkov is but one of many examples of Russian-born and educated businessmen acting as a conduit for Russian cash to pour into the West and United Kingdom in particular. A long-awaited report by the UK Parliament on Russian interference in the country declared, “The UK welcomed Russian money, and few questions – if any – were asked about the provenance of this considerable wealth.”