An official Government document published in January 2020 confirms that, by delaying action in response to the Coronavirus, officials breached their own internal cross-government standards concerning risks to “human, animal or plant health”.

In the wake of an investigation by the Sunday Times, followed by an unprecedented Government response, the release of this document raises a number of urgent new questions about the Government’s COVID-19 strategy.

“The Government followed scientific advice at all times”, according to its written response to the Sunday Times, which added that “claiming that there was scientific consensus on [the threat] is just wrong”.

However, according to the Government’s own internal guidance on assessing risks to health, the demand for scientific consensus or certainty sets the bar too high. In a situation where there is a potentially severe threat, the ‘precautionary principle’ indicates the need for a determination to act rapidly in taking far-reaching precautions against a threat.

The document is a guidance note published on 17 January 2020 by the Regulatory Policy Committee (RPC), a non-departmental public body (a body that has a role in the processes of the Government but is not a Government department) sponsored by the Government’s Department for Business, Energy and Industrial Strategy. The RPC supports the Government in ensuring that evidence underpinning policy-making is robust, particularly in terms of how regulation can impact business.

According to the RPC document, its goal is “to provide policy-makers and analysts” across Government with “a concise tool to assist them in presenting evidence that will be relevant to the department’s application of the precautionary principle and is appropriate to their specific circumstances.”

This document states from the outset that:

“… the purpose of the precautionary principle is to allow a policy decision to be made notwithstanding scientific uncertainty about the nature and extent of the risk.

The… precautionary principle should be applied only when:

there is good reason to believe that harmful effects may occur to human, animal or plant health, or to the environment; and

the level of scientific uncertainty about the consequences or likelihoods is such that risk cannot be assessed with sufficient confidence to inform decision-making.”

In other words, the document provided clear advice to the Government about the conditions that necessitate precautionary planning – conditions which clearly applied (and in many respects still apply) to the Coronavirus.

The document went on to specify that:

“The [Inter-departmental Liaison Group on Risk Assessment] guidance acknowledges that ‘…the precautionary principle was originally framed in the context of preventing environmental harm… [however] it is now widely accepted as applying broadly where there is threat of harm to human, animal or plant health…’  (p. 5). The principle is therefore applicable across a wide range of policy areas.”

The document proceeded to set out that invoking the precautionary principle is appropriate on the following key counts: If there are “irreversible harmful effects” – this condition was clearly satisfied by the potential risk of mass deaths, especially given the risk of overwhelming the health service and early evidence of high fatality rates for vulnerable elderly and ill people.

If “the state of evidence is such that [the Government] is unlikely to be able to assess the risk and likelihood of harm or to assess it sufficiently before it is too late to intervene effectively” – this condition was clearly satisfied in the case of the unprecedented speed of COVID-19’s spread, its relatively high R0 (reproduction number: how many people a single person is likely to infect), and the related unknowns about the Coronavirus’ nature (including its not being a flu, the illness which the Government’s extant pandemic-preparedness was primarily structured around).

In short, the guidance note demonstrates that the Government did not need to follow a scientific consensus on COVID-19 to take strong, early action. Its claim that inaction was justified by the lack of such a consensus is spurious.

The Government’s own advice established a mandate to take precautionary action in the absence of scientific consensus or certainty due to the emerging “good evidence” of harmful effects on human health.

Despite this, emerging evidence demonstrates that the Government did not give serious attention to precautionary planning, raising the question:

Although it had every reason to, there is no evidence that the Government gave serious consideration to the precautionary principle between January and March.

The only way that this could be proven to be false is if the Government releases the minutes of meetings by the Scientific Advisory Group on Emergencies (SAGE) and its various sub-groups.

The Government’s claim that it followed “scientific advice” at all times cannot be properly assessed given that the identity of the scientists advising the Government remains secret.

However, it is known that the Government was being advised by different types of scientists – many of them not public health experts (nor experts on precaution). The question, then, is: which science was the Government following? Was it ‘behavioural science’ or public health advice? Was it epidemiologists modelling the epidemic or economists modelling GDP growth impacts? Did it include advice from medics and scientists drawing on data from China or Italy? Did it include precaution-informed risk analysis?

It is impossible to determine how the Government was weighing up ‘scientific advice’ without citizens having full view across its scientific advisors.

The Government’s own advice on the precautionary principle raises specific questions about its response to the Sunday Times’ analysis of its failure to raise the threat level. The Sunday Times reported that, by 21 February, “the virus had already infected 76,000 people, had caused 2,300 deaths in China and was taking a foothold in Europe, with Italy recording 51 cases and two deaths the following day. Nonetheless NERVTAG, one of the key Government advisory committees, decided to keep the threat level at ‘moderate’.”

The Government responded to this as follows: “This is a misrepresentation of what the threat level is. This is about the current public health danger – and on February 21, when the UK had about a dozen confirmed cases, out of a population of over 66 million, the actual threat to individuals was moderate. In terms of the potential threat, the Government was clear – on 10 February the Secretary of State declared that “the incidence or transmission of novel Coronavirus constituted a serious and imminent threat to public health”.

But the Government response obscures the time-lags involved with the exponential growth of a virus like this. While on 21 February, the immediate, current threat to individuals was indeed not high, the Sunday Times report raised the deeper question of whether the NERVTAG risk assessment process was even fit for purpose if it failed to provide the Government with a broadly precautionary understanding of the severe risks potentially likely to unfold in the following weeks.

In a further statement following the Government’s official response to the Sunday Times, the Chair of NERVTAG, Professor Peter Hornby, issued his own statement justifying the ‘moderate’ NERVTAG threat level:

“The PHE [Public Health England]/NERVTAG risk assessment judgment on 21 February has been misunderstood.

The risk assessment tool was developed and used by PHE/NERVTAG for assessing the current, not future risk, of emerging viruses. It is dynamic, and the assessment on the 21st February was that the risk of COVID-19 was moderate ‘at this time’. The minutes of that meeting are clear that members thought this risk was likely to increase. Also, it is not intended for use as a trigger for actions during a pandemic. To the best of my knowledge, it did not lead to any action/inaction on the part of Government and the suggestion that it contributed to fatal delays is misleading.”

But an official Government document describing NERVAG’s own operations appears to contradict Professor Hornby’s statement. The Public Health England document published in November 2015 confirms that NERVTAG’s role is advise the Government “with scientific risk assessment and mitigation advice on the threat posed by new and emerging respiratory viruses and on options for their management.”

NERVTAG’s scientific risk assessment analysis is, therefore, specifically designed to advise the Government on what actions should be followed to manage new, emerging, as yet not fully-present threats. The document further clarifies: “The scope of the group includes new and emerging respiratory virus threats to human health including strains of influenza virus (regardless of origin), and other respiratory viruses with potential to cause epidemic or pandemic illness, or severe illness in a smaller number of cases.”

The question, then, is: which science was the Government following? Was it ‘behavioural science’ or public health advice? Was it epidemiologists modelling the epidemic or economists modelling GDP growth impacts?

In other words, NERVTAG’s explicit purpose was to provide a scientific risk assessment of both current and future risks and options for threat management, based on examining an emerging virus’ “potential to cause epidemic or pandemic illness”. Especially one which, as was already clear from China, could cause severe illness and death in not-a-small number of cases.

The document suggests that NERVTAG’s remit is not about providing a limited verdict on the ‘threat to individuals’, but to identify the potential risk of a wider epidemic or pandemic.

An Abuse of Process?

Given this context, the Government and Professor Hornby’s face-saving responses, if true, appear to prove that the ‘moderate’ threat level issued in February may well have been an abuse of NERVTAG’s own processes and specific remit.

The implication is that the reason the Government can say it was following ‘scientific advice’ in deciding not to take earlier action is because NERVTAG’s ‘scientific advice’, for reasons unknown, was not being prepared according to NERVTAG’s own Code of Practice. In turn, this raises the following question:

It is surprising that NERVTAG appears not to have been sticking to its own Code of Practice. One possible explanation, suggested by previous Byline Times investigations is, that some scientists were self-censoring about what was potentially in store knowing that this was not what Boris Johnson’s Government wanted to hear – committed as it already was to keeping Britain ‘open for business’ even through a pandemic; one expressed in its ‘herd immunity’ policy.

All these questions have been put to the Government but it failed to provide any meaningful or specific responses to any of our questions.

John Lubbock, 20 October 2021
A new announcement on Government grants to install heat pumps does not go far enough – while the policy itself faces criticism from climate sceptics and a right-wing media

Sam Bright and Sian Norris, 20 October 2021
Crispin Blunt is being paid £117 an-hour by the company, months after it was accused of paying its staff less than the minimum wage 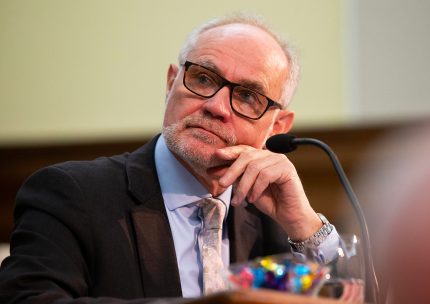